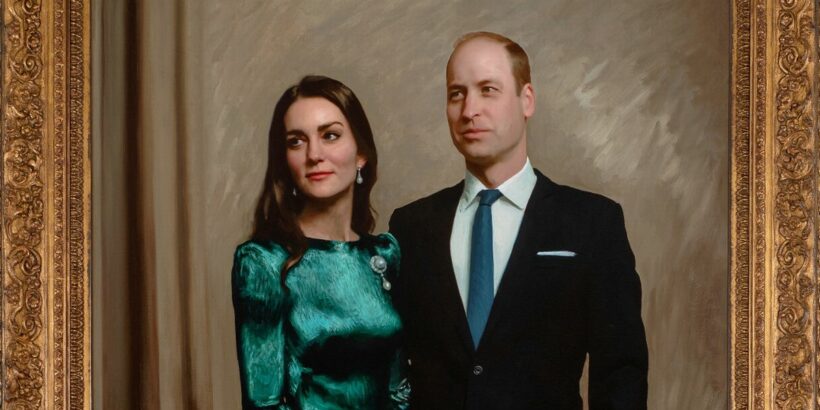 A new royal portrait of Kate Middleton has been slammed, with an expert claiming that she “deserves better”.

The portrait was roundly praised by most on social media, however expert Andrew Normal Wilson disagrees.

READ MORE: Princess Diana 'would be thrilled' that 'Harry and William are happy' says ex-Royal chef

Writing for the Mail, he said: “The Duchess of Cambridge is a life force, and this painting is dead as the dodo.

“It has reduced an animated human being to the status of a dummy; a beautiful woman to a strangely boring doll.

“The real Duchess of Cambridge cheers everyone up by her radiant smile.

“The figure in this painting is wistful, slightly petulant, and actually unrecognisable as Our Kate.

“She deserves better than this frumpy, inanimate, rather sulky version of her.

“There are many good portrait painters, many of them young, at work in Britain at the moment, as is revealed each year by the competition organized by the National Portrait Gallery.

“While the Cambridge family are all still young and beautiful, they should be commissioning some good art to immortalize them.

“This would not just be an act of vanity – it would be a proclamation to the world, and to the future, of why we pin our hopes on them for a continuation of the constitutional monarchy.”

The image of Kate, alongside husband Prince William, was released to celebrate 10 years as Duke and Duchess.

It was painted by British artist Jamie Coreth, and takes inspiration from the couple's 2020 visit to Ireland.

He said: “I wanted to show Their Royal Highnesses in a manner where they appeared both relaxed and approachable, as well as elegant and dignified.

“I wanted the image to evoke a feeling of balance between their public and private lives.”

The dress Kate is wearing in the image was designed by Susie Cave.

The image was commissioned in 2021 by the Cambridgeshire Royal Portrait Fund.