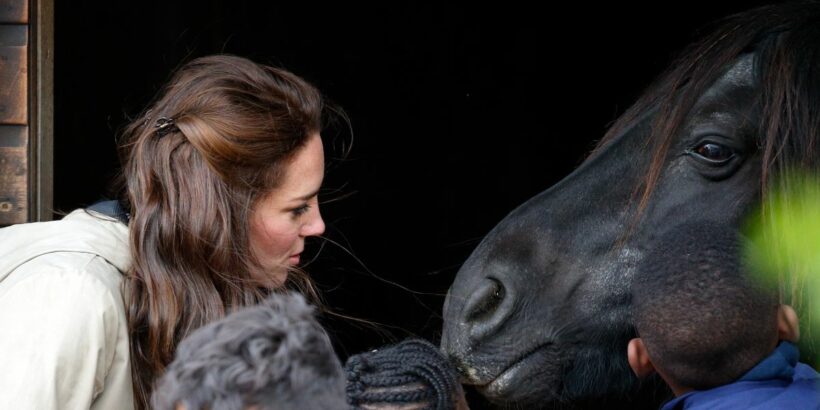 It’s no secret that the Royal Family love horses – senior royals are often seen at prestigious equestrian events such as the Royal Ascot and the Epsom Derby, and the Queen is regularly pictured with her beloved horses.

But there’s one royal who might not be so keen on the creatures: Kate Middleton is actually allergic to horses.

This might be an issue for the Duchess of Cambridge today. She’ll be in attendance at Trooping the Colour today for the Queen's Platinum Jubilee, but so will 250 horses.

But it seems that Kate may have found a way to treat her unfortunate allergy: with immunotherapy.

Here’s everything you need to know about what immunotherapy is and how Kate has used it.

What is allergy immunotherapy?

Allergy immunotherapy, which is also sometimes called desensitisation, is a way of treating allergies by exposing people to their allergens.

It usually involves the patient being administered increasing doses of their allergen in the form of injections, tablets or drops.

Allergy immunotherapy usually takes years, and it doesn’t cure allergies – instead, it aims to make the symptoms milder.

The NHS says: “The aim of treatment is to help your body get used to the allergen so it does not react to it so severely.”

It’s usually only used for a small number of people who have severe allergies that they are unable to control with other measures.

How does Kate use immunotherapy?

While it’s not known whether Kate receives allergy immunotherapy from a doctor in the form of injections or tablets, it has been reported that the Duchess does carry out her own form of immunotherapy.

The NHS advises that: “The best way to keep your symptoms under control is often to avoid the things you're allergic to, although this is not always practical.”

And for Kate, it seems that the impracticality of avoiding horses when you're a senior royal has led to her going in the opposite direction.

Clarisa Ru, wife of Santa Barbara Polo Club president Wesley Ru, told People magazine of a conversation she’d had with Kate about horses and how she was trying to overcome her allergy.

"I got a chance to have a conversation with Kate," she said.

"I asked if she was into polo before she met William. She said no. But she's been riding horses for a while and she hopes to play polo one day. She said, 'I'm actually allergic to them, but the more time one spends with them the less allergic you become'."

And it’s true that despite her allergy, Kate is still spotted around horses, as she often attends races alongside other members of the Royal Family, as well as polo matches.

She’s not known to have made any complaints about the 250 horses in attendance of Trooping the Colour today, so perhaps her exposure therapy has been working.