Kate – who is survived by her 13-year-old daughter Frances Beatrix and husband Andy – was found dead aged 55 in her New York apartment on Tuesday in an apparent suicide. 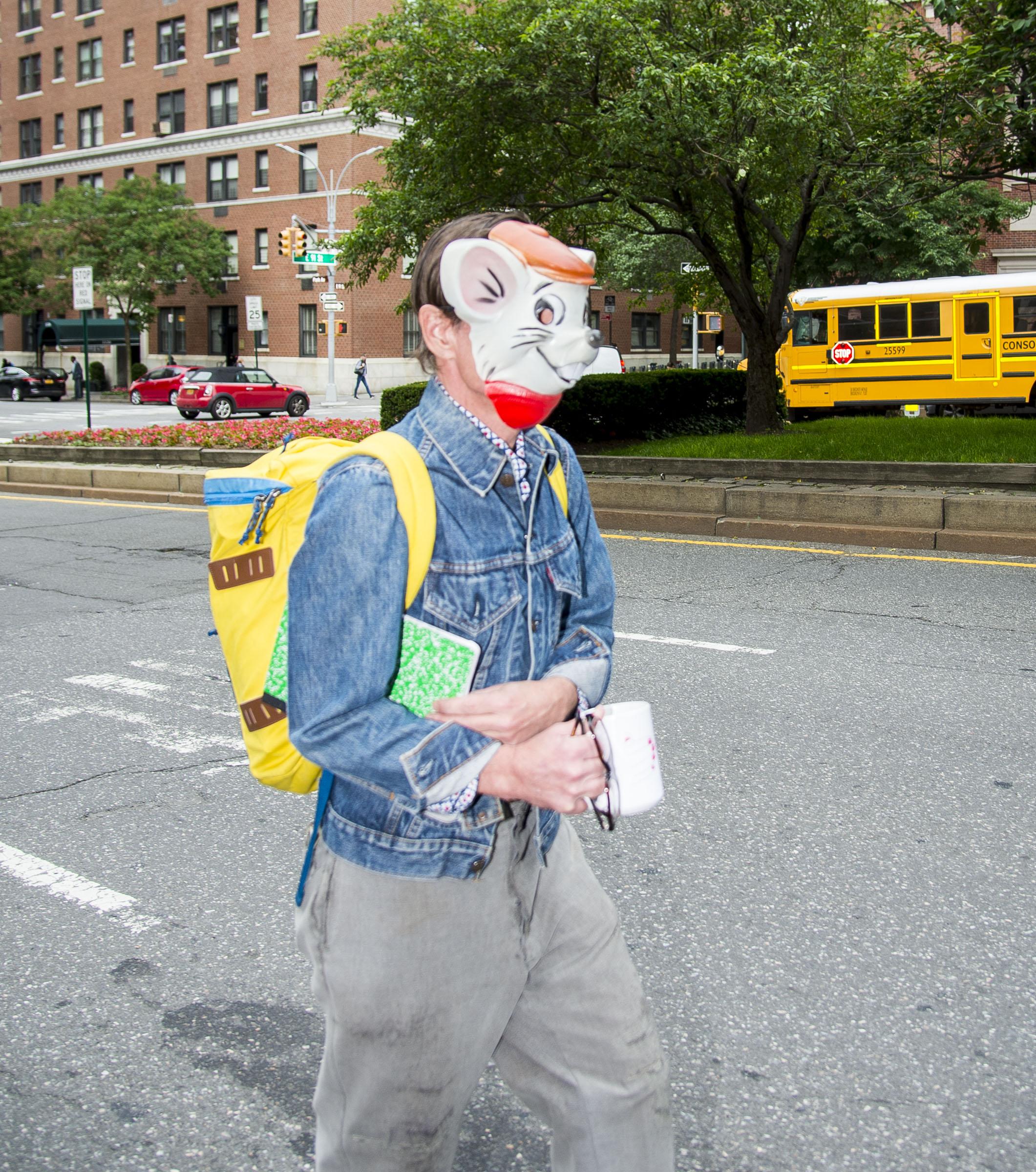 On Thursday, her husband Andy was spotted leaving his Manhattan apartment donning a mouse mask depicting Bernard, a character from the film The Rescuers.

Also wearing a denim jacket and a yellow backpack, the widower climbed into an SUV, later returning to the apartment without the mask.

Previously, Andy said the tragic fashion designer was battling "demons" and revealed the couple had been “living separately” before her suicide.

He said the American fashion designer had been suffered depression and anxiety for "many years" and was on medication after seeing doctors. 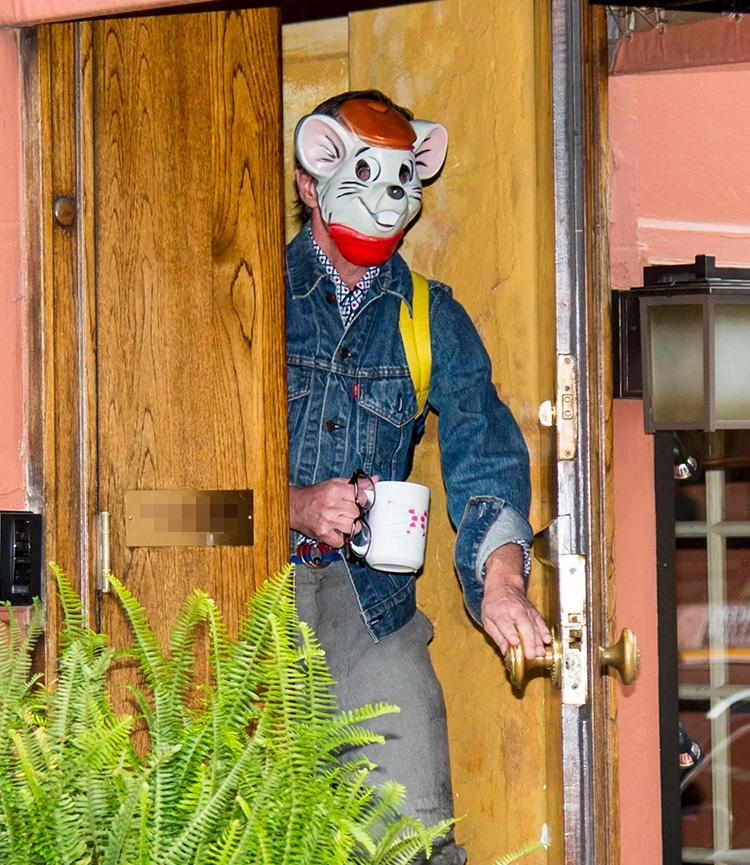 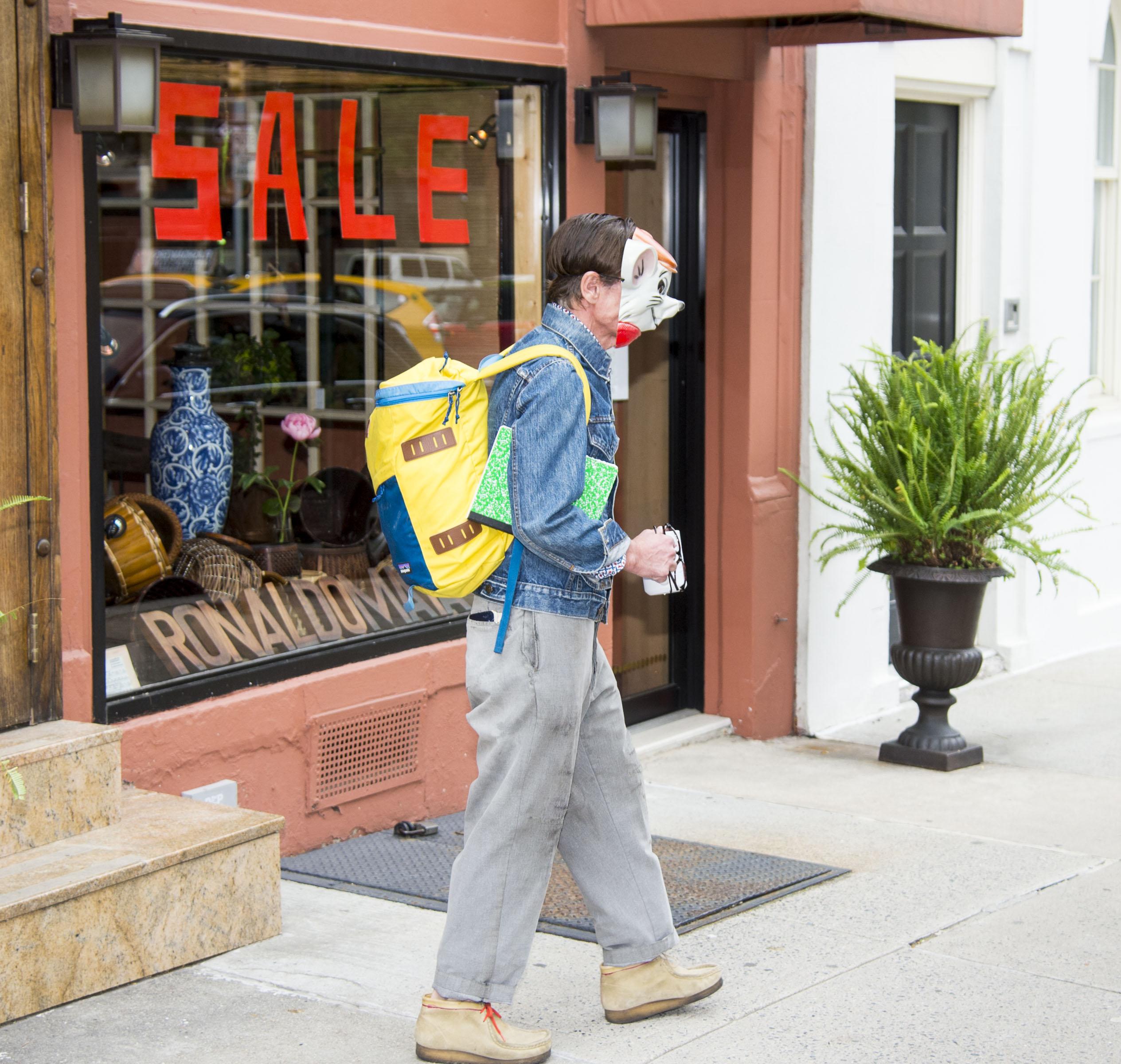 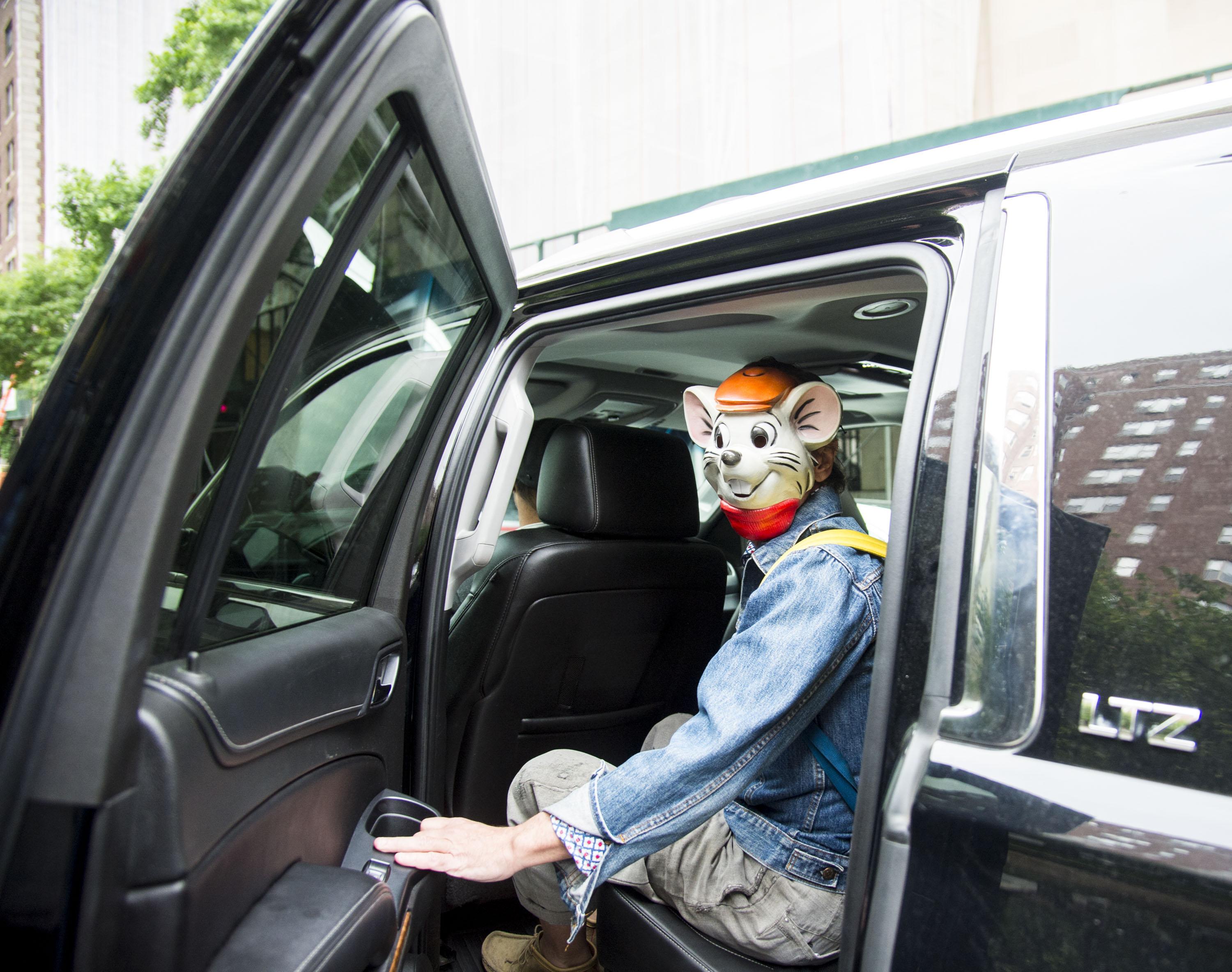 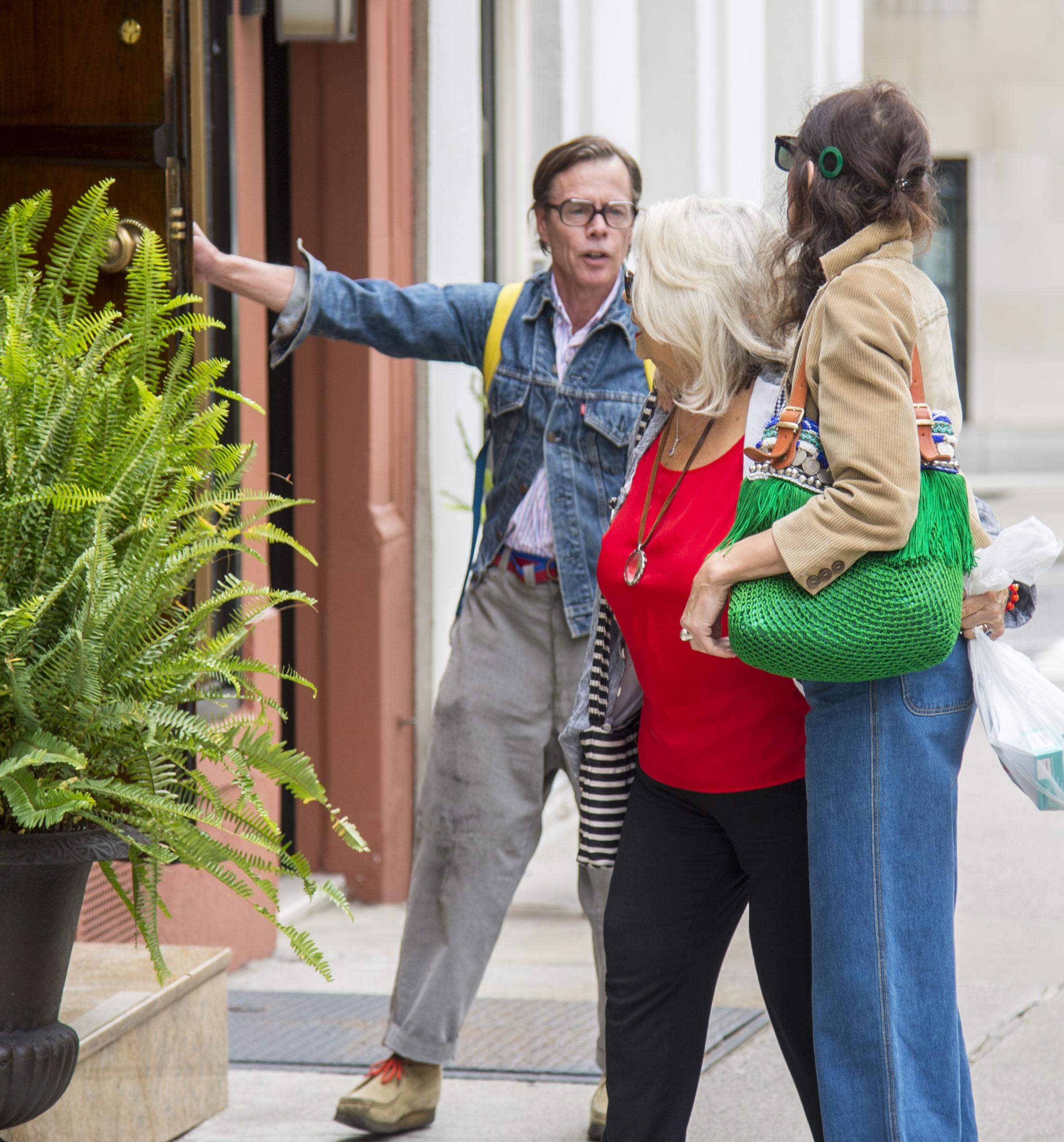 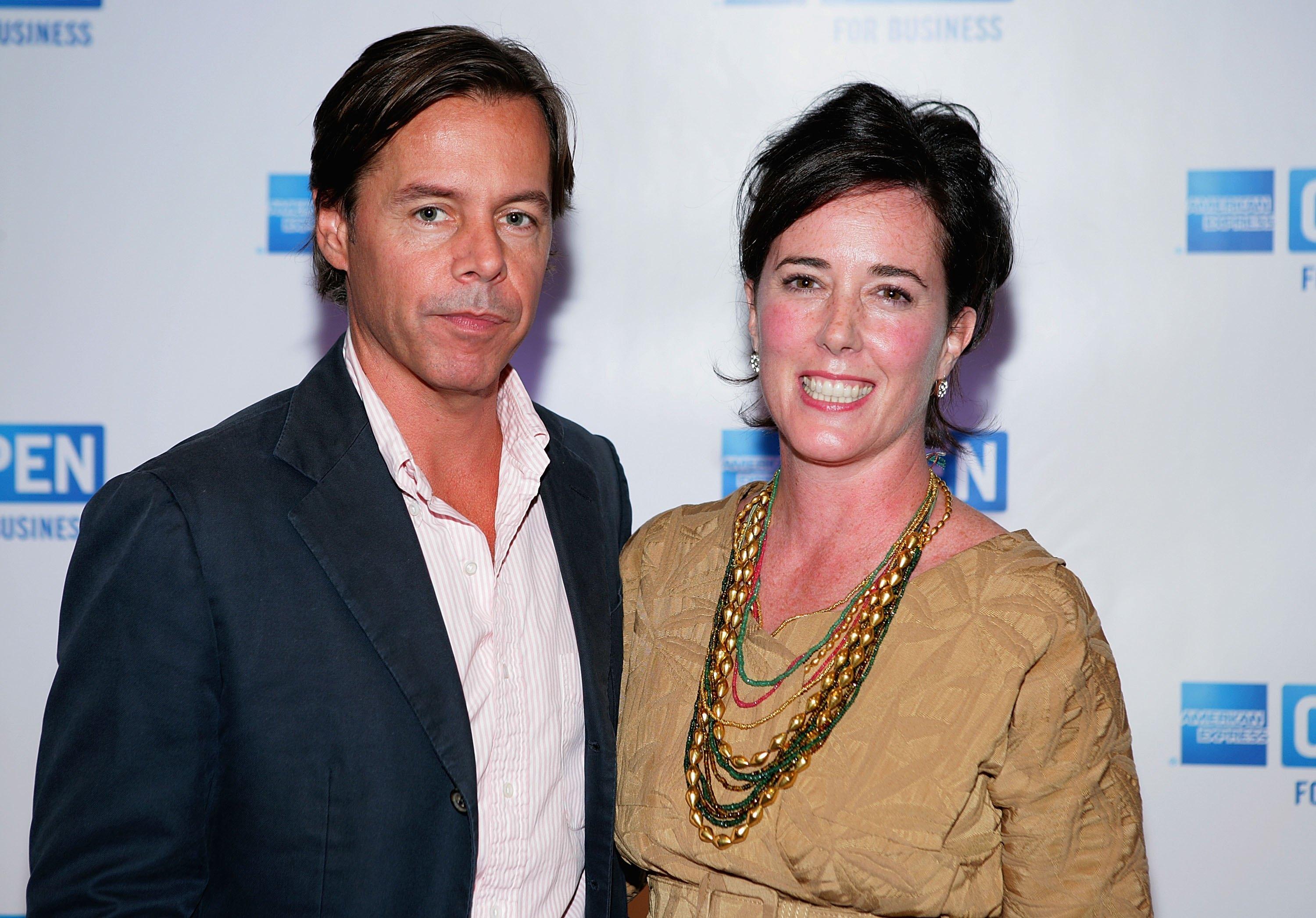 In a statement to the New York Times, Mr Spade said she had "sounded happy" when they spoke the night before.

"My daughter and I are devastated by her loss, and can't even begin to fathom life without her.

"We are deeply heartbroken and miss her already."

Mr Spade said they had been living apart for the past 10 months, but had not legally separated or discussed divorce. 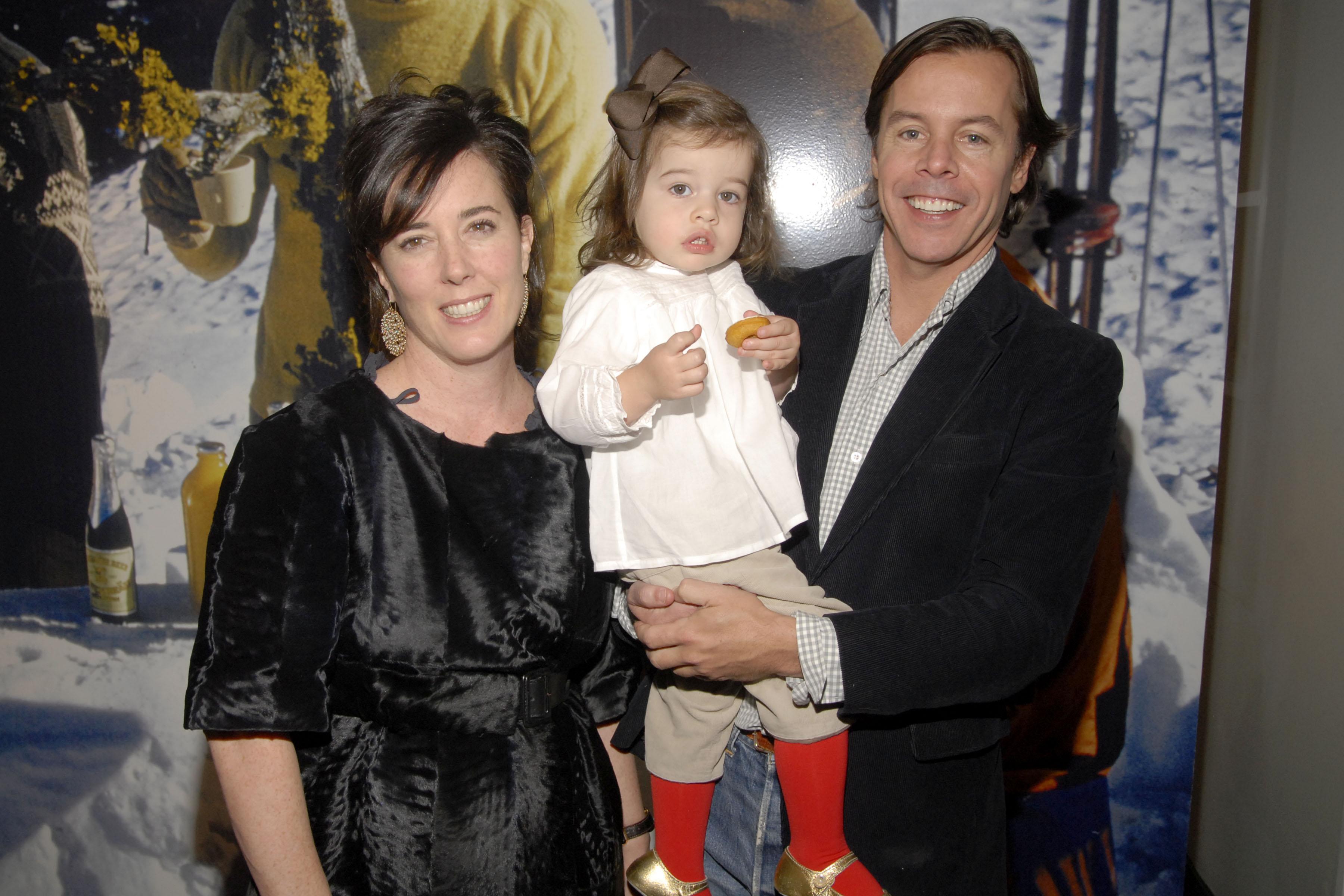 Their daughter, Frances Beatrix, who was born in 2005, had been living at both their homes and they maintained a semblance of family life.

He said: "We loved each other very much and simply needed a break. This is the truth. Anything else that is out there right now is false.

"She was actively seeking help for depression and anxiety. There was no substance or alcohol abuse. There were no business problems."

In her final interview in April last year, she revealed: "I really wish I worried less… I worried throughout the company [Kate Spade Handbags] and I still do." 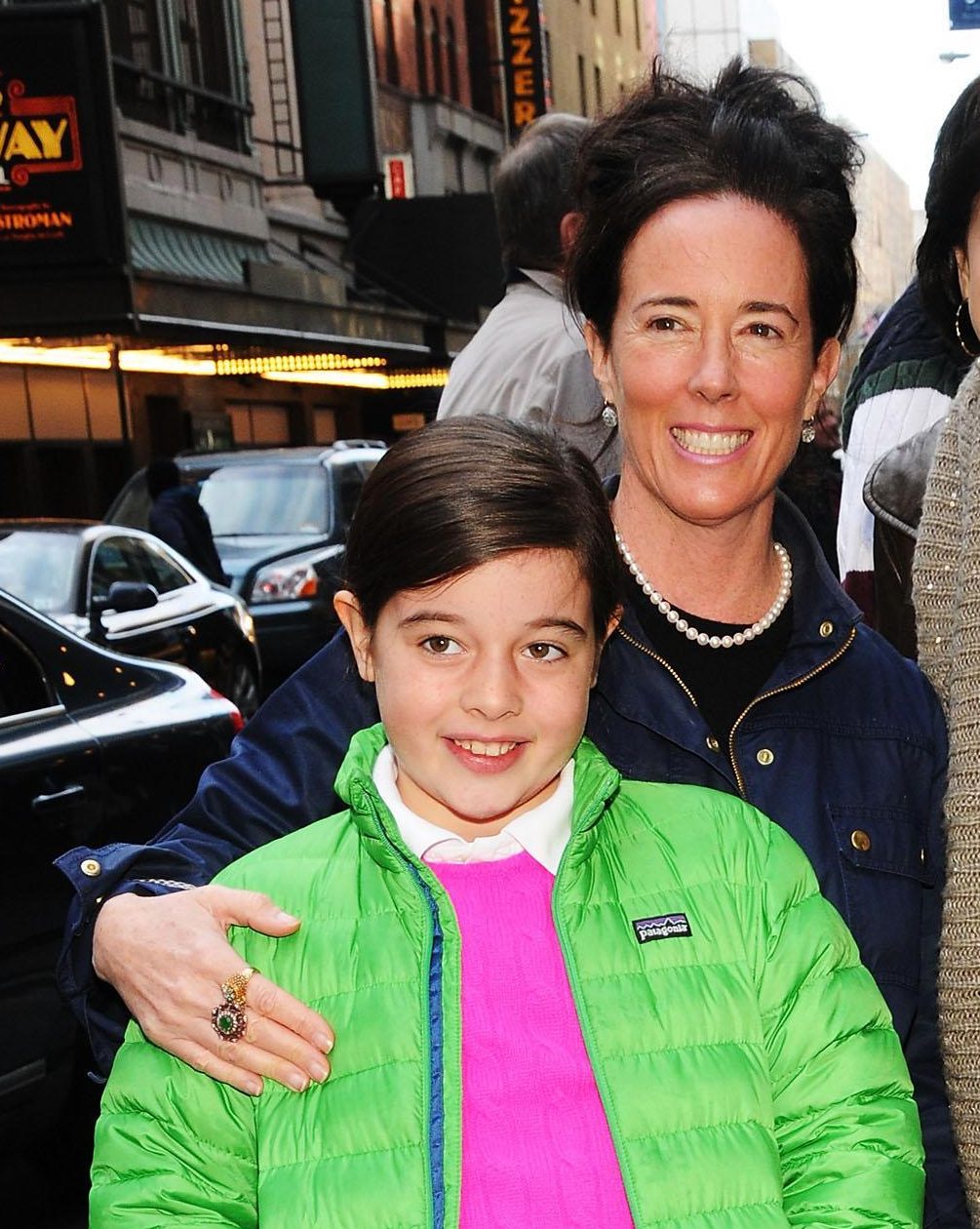 Mr Spade said his late wife had not left a note and he was "appalled" that a private message to their daughter had been "so heartlessly shared with the media".

His priority was now protecting her privacy, he said.

Kate's devastated sister Reta Saffo revealed yesterday that Spade had been suffering with a mental illness for the last three or four years and her suicide "was not unexpected by me".

She said family members had tried to help the mum-of-one get help but she was concerned that seeking treatment might harm the image of the "happy-go-lucky" Kate Spade brand.

Paying tribute the designer, Carl Vorderman said she understood what Kate might have gone through.

She said: "I don't know the circumstances for Kate Spade BUT many women in their 50s go through similar feelings… I did.

"It was diagnosed correctly as hormonal imbalance and I was 'cured' with bio identical gels within 48 hours. Never a similar thought since."

Kate was the most beautiful woman in the world.

She was the kindest person I’ve ever known and my best friend for 35 years.

My daughter and I are devastated by her loss, and can’t even begin to fathom life without her.

We are deeply heartbroken and miss her already.

Kate suffered from depression and anxiety for many years.

She was actively seeking help and working closely with her doctors to treat her disease, one that takes far too many lives.

We were in touch with her the night before and she sounded happy.

There was no indication and no warning that she would do this.

It was a complete shock. And it clearly wasn’t her. There were personal demons she was battling.

For the past 10 months we had been living separately, but within a few blocks of each other. Bea was living with both of us and we saw each other or spoke every day.

Our daughter was our priority. We were not legally separated, and never even discussed divorce.

We were best friends trying to work through our problems in the best way we knew how. We were together for 35 years.

We loved each other very much and simply needed a break.

This is the truth. Anything else that is out there right now is false.

There was no substance or alcohol abuse.

There were no business problems. We loved creating our businesses together. We were co-parenting our beautiful daughter.

I have yet to see any note left behind and am appalled that a private message to my daughter has been so heartlessly shared with the media.

My main concern is Bea and protecting her privacy as she deals with the unimaginable grief of losing her mother. Kate loved Bea so very much

Spade was best known for the eponymous handbag brand she founded with her husband in 1993.

The brand became a household name with stores around the world and an expanded product line including clothing, footwear and stationery.

Chelsea Clinton was among the public figures to pay tribute to the designer, saying: "My grandmother gave me my first Kate Spade bag when I was in college. I still have it."