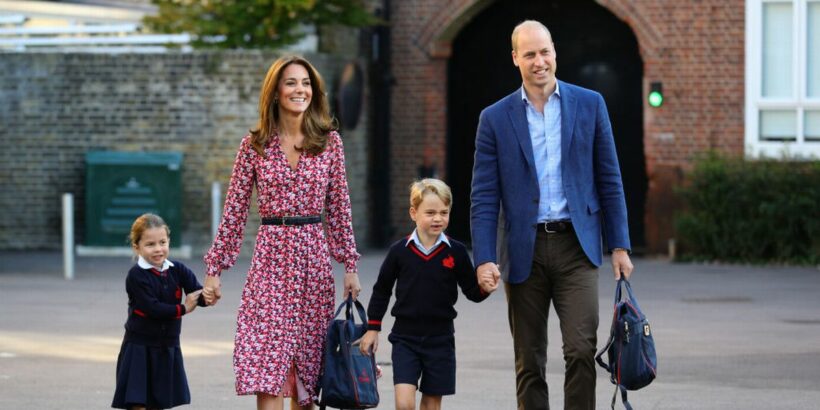 Kate Middleton has been seen all smiles as she enjoyed her recent royal tour of the Caribbean with Prince William but the Duchess does struggle being abroad, according to a royal expert.

The Duke and Duchess of Cambridge recently returned from a royal tour of Belize, Jamaica and the Bahamas this month with their children being left at home.

Although William and Kate seemed to enjoy their time embracing the culture, despite protests in Belize and Jamaica, royal author and expert Katie Nicoll says the Duchess feels the “wrench” of not being with the children.

Speaking to Closer, Ms Nicholl said: “I remember being with her when we were on a tour together in Bhutan [in 2016, when Princess Charlotte was just 11 months old] and we had a moment to talk about how difficult it was to leave little children behind.

“Despite being the Duchess of Cambridge and being able to afford around-the-clock nannies and so on, she had her mum looking after Prince George and Princess Charlotte, which struck me as just really normal.

“I could see how much comfort and confidence that gave her in getting on with her job, which she does brilliantly, but I think it is always such a wrench for her to leave her children behind.”

Kate and William were seen in public with their children, Prince George and Princess Charlotte, at a memorial service for the late Prince Philip.

The youngster of the Cambridge children, Louis, was absent from the event but his older brother and sister seemed to both need comfort as they entered Westminster Abbey.

William gave his son reassurance after they arrived for the Service of Thanksgiving as George was seen taking a “deep breath” and rubbing his clothes.

Leading UK psychotherapist and body language expert Nick Davies analysed the moment when William's parental instincts kicked in that his son needed him.

Charlotte was also feeling "overwhelmed" by the occasion, according to Nick, as she was seen holding her mother's hand.

Kate was quick to ease her anxiety by telling her daughter “you can smile”, according to professional lip reader Jacqui Press.

The memorial service was attended by the Royal Family, Philip’s close family, charities and young people helped by the Duke of Edinburgh's Awards.