Sir Keir Starmer today accused Boris Johnson of ‘spraying money at companies who don’t deliver’ as he claimed the Government had spent more than £130 million on PR consultants since January.

Sir Keir launched a blistering attack on Mr Johnson during PMQs as he claimed the premier does not ‘know the value of the pound in his pocket’.

But the Labour leader’s accusations of wasteful Whitehall spending prompted a furious response from the PM as he blasted Sir Keir for ‘hating’ the private sector.

The PM said without private companies the UK would not have access to vital PPE, Covid-19 tests and potential coronavirus vaccines. 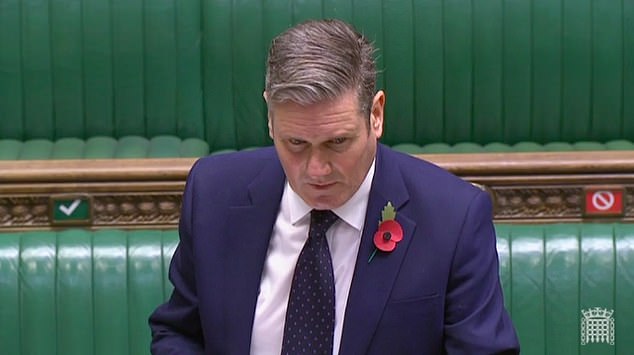 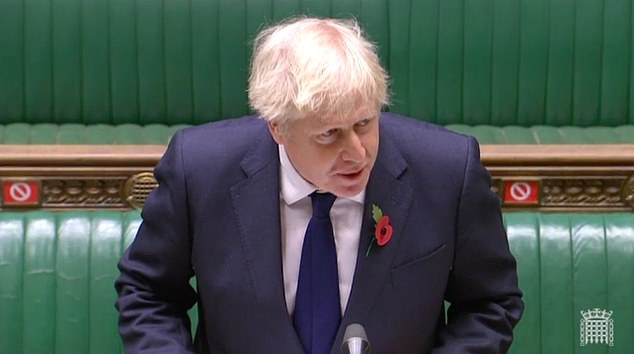 The clash at lunchtime came amid a rumbling row over a decision by Kate Bingham, the head of the Government’s Vaccine Taskforce, to spend £670,000 on a team of boutique PR consultants.

Sir Keir said that was just the ‘tip of the iceberg’ as he claimed the Government has spent more than £130 million on communication consultants since the start of the year.

Labour said the cash had gone to 23 different PR companies and does not include the existing Whitehall spend on special advisers and civil servants in press offices.

Sir Keir compared the PR spend to the amount of money Chancellor Rishi Sunak has made available to struggling armed forces charities during the coronavirus crisis.

He said just £6 million of support had been offered to them as he urged the PM to reconsider the amount of money the Government has allocated.

Sir Keir continued: ‘Because at the same time we have all seen this weekend that the Government can find £670,000 for PR consultants.

‘That is the tip of the iceberg. New research today shows that the Government has spent at least £130 million of taxpayers’ money on PR companies and that is this year alone.

‘Does the Prime Minister think that is a reasonable use of taxpayers’ money?’

‘By the way, the expenditure to which he refers was to help raise awareness of vaccines, to fight the anti-vaxxers and to persuade the people of this country, 300,000, to take part in trials without which we can’t have vaccines.

‘I think he should take it back.’

Sir Keir said ‘nobody is attacking individuals’ and ‘everybody is supporting the vaccine’ but he added: ‘£130 million Prime Minister. There is a real question about the way that contracts are being awarded, about basic transparency and accountability.

‘The Prime Minister may well not know the value of the pound in his pocket but the people who send us here do and they expect us to spend it wisely.’

Sir Keir also claimed the Government had spent £150 million on a contract for face masks which he said had failed to deliver a single piece of PPE.

Sir Keir countered and said: ‘There is a sharp contrast between the way the Government sprays money at companies who don’t deliver and their reluctance to deliver long term support to businesses and working people at the sharp end of this crisis.’