Keir Starmer’s war with Labour’s hard-Left intensified yesterday after he launched a thinly veiled attack on Jeremy Corbyn for saddling the party with a reputation for being weak on defence.

The new Labour leader chose Armed Forces Day to reach out to the military and distance himself from his predecessor, who famously said he would never use the Trident nuclear deterrent.

Sir Keir said: ‘People need to know that under my leadership, Labour will always prioritise the first duty of any government – to keep its people safe.’ 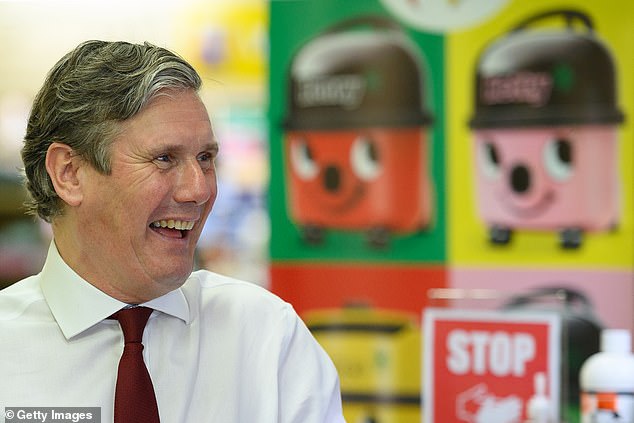 Serving soldiers have been invited to the international premiere of the latest Bond film at the Royal Albert Hall.

Scores of military personnel will attend the red-carpet event in London in November after the Tickets for Troops charity struck a deal with the makers of No Time To Die.

Several soldiers have roles as extras in the movie alongside 007 star Daniel Craig.

Since it was founded by David Cameron in 2009, Tickets for Troops has given away more than 1.6 million tickets for major artistic and sporting events to Armed Forces personnel and their families.

In a dig at Mr Corbyn, he said he no longer wanted to hear voters say they ‘don’t think the Labour Party values the Armed Forces’.

The bid to reset the party’s links came with a video highlighting key Labour figures’ former military service – including darling of the Left, the late Tony Benn, who was in the RAF during the Second World War.

The initiative – including a hint Labour would do something about military pay – came just 48 hours after the new leader sparked fury on the Left by sacking Corbyn ally Rebecca Long Bailey from the Shadow Cabinet for retweeting a story Sir Keir said contained an anti-Semitic conspiracy theory.

She was replaced as schools spokesman yesterday by her next-door neighbour MP in Greater Manchester, Kate Green, who in 2015 rebuked Mr Corbyn for not singing the national anthem at a Battle of Britain service.

Supporters of Mr Corbyn angrily rejected suggestions he was feeble on defence, saying the ex-leader’s policies should be ‘built on, not trashed’. Left-wingers also mocked Sir Keir for a Tony Blair-style ‘macho defence’ posture, citing the disaster of the Iraq war.

The new push by Sir Keir comes amid concern at the perceived damage done to Labour’s reputation by the Corbyn era.

Sources also claimed the Labour Friends of the Forces organisation, originally launched in 2011, had fallen into disuse after Mr Corbyn became leader in 2015.

In a video conference call with activists and veterans yesterday, Sir Keir made little attempt to disguise the fact that he was seeking to repair the party’s links with the military. 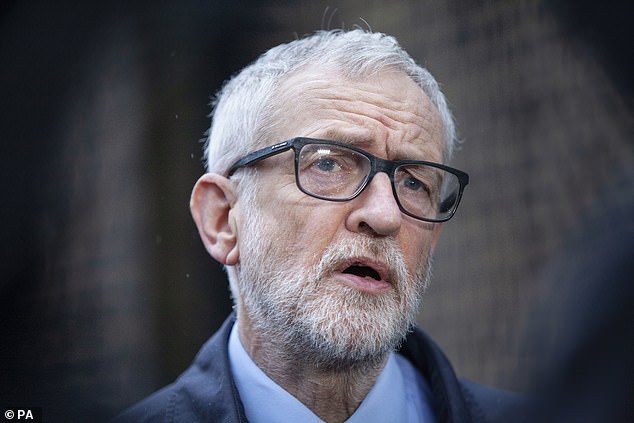 The new Labour leader launched a thinly veiled attack on his predecessor Jeremy Corbyn, pictured, for saddling the party with a reputation for being weak on defence

He said: ‘I want to open up Labour again to our Armed Forces, their families and the veterans who served to protect us. I want them to play a bigger part in our party.’

John Healey, his new defence spokesman, said that although ‘respect for our British military is one of the few things that still holds us together… for many, Labour has seemed recently to stand apart from that’.

Mr Healey, a ‘Red Wall’ MP who survived the Tory onslaught in last year’s Election, added: ‘Some of the hardest doors to knock were those with Help For Heroes or British Legion stickers in the window.