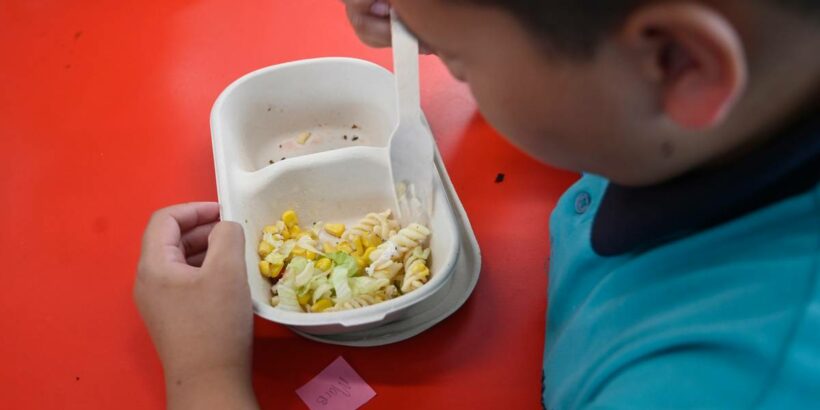 I have long been a supporter of children being fed at school. Perhaps it was because I grew up on a diet of books and television programmes set in England where school lunches were the norm. Or, more likely, it was because my mum, who was a school teacher, used to head off to work every morning with four or five sandwiches and a bag of fruit in her bag to give to the kids who came to school hungry.

Kids can’t learn when they’re hungry. Kids can’t sit still and focus when they’ve been horribly abused either, but that’s another story.

I know that schools, specifically the teachers within the classrooms, are expected to be a panacea for all of society’s ills, but a lot of damage done to our children can be mitigated if they know that while they’re at school, they’ll be safe, that no-one can hurt them and that strangers care enough about them to feed them, even if their parents can’t or won’t.

The topic of school lunches has been around on talkback for as long as I’ve been at NewsTalk ZB, which is a very long time. And it really polarises people. Some callers who I felt I had got to know and like through their calls astounded me with their attitude towards feeding hungry kids. If parents couldn’t afford to feed their kids properly, they shouldn’t have had them. (Bit late now.)

If we feed the kids, it lets parents off the hook. The children will grow up expecting handouts and be destined to be bludgers all their lives. You know the drill.And interestingly, some of the harshest critics of taxpayer-funded school meals were adults who’d grown up poor but whose sainted mothers had somehow conjured up meals out of thin air to feed them.

Boiling a boot, adding veges grown from the garden, and there you go –a tasty nutritious broth. It’s a bit like the quote from one of the founding Act Party members … perhaps Richard Prebble but I’m sure he’ll correct me if it wasn’t. The Act Party member said that policies designed to lift people out of poverty needed to come from people who’d been there. A lot of Act members had grown up poor; Labour politicians, he said, had only studied the poor at university and done theses on them. And I do take the point.

But when the topic of school lunches came up again this week, because of the number of meals that were rejected by Waikato school students, I came out on the side of continuing with the programme. I hadn’t realised that if a school joined the lunch programme, all the kids were provided with lunches. I thought it would be just the kids who needed them.

But no. Apparently, the children who need the lunches most would never ask for them because it’s just another indignity. Another sign that you are less than. People told me that they had once been the poor kid – the one marked out as smelly, and weird, and creepy. They used to hide away until lunch was over so they weren’t mocked for having nothing.

So, okay. Everyone’s supplied a meal and not everyone wants or needs them. A few wasted $7 meals, which aren’t really wasted because most go to organisations that feed the community, and the children who need our support the most get a nutritious healthy meal. And yes, there was criticism of the menus from some of the parents and teachers.But the providers are constantly seeking feedback and adjusting the menus accordingly.

And teachers who are on board with the programme reported that once children got used to the taste of food that wasn’t heavily salted, sugared and deep fried, they loved it.And their whole attitude was different in the classroom. We may not be able to feed the world, as Band Aid implored us all those years ago, but surely we can feed the most vulnerable members of our own extended family.