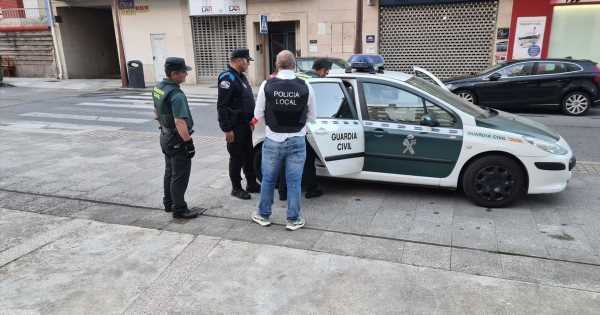 A woman who was kidnapped and held captive for nearly a week managed to alert police of her whereabouts after sneaking notes through a window.

Police say that the woman was repeatedly raped over six days while she was locked up in a house in Pontevedra, Spain.

The captive was rescued by officers who broke down a door to the home, where police arrested a man on suspicion of illegal detention, injuries and sexual assault.

A statement from the city council says that a neighbour found two paper notes that had been passed through the window, where the woman had written up details of her horrifying ordeal.

After receiving the notes, police decided to use forceful entry to the property as one note from the woman warned that the man holding her against her will would kill her if he was aware of police presence.

With officers kicking in the door of the building, they found not just the captive woman but also the suspect, who has been identified only as MFR.

The suspect, MFR, was found asleep in bed by police who had breached the property and subsequently rescued the terrified woman.

Reports from the scene say that the woman was covered in bruises and was subsequently examined by a doctor, The Sun reported.

The accused appeared in court where a judge denied the man bail.

Should the suspect be found guilty, he could face anywhere between 15 and 20 years in prison for the alleged crimes, with El Diario reporting that the suspect was wanted for similar offences in a separately reported incident.

The victims family had reported her as missing several days after she was locked in the home.