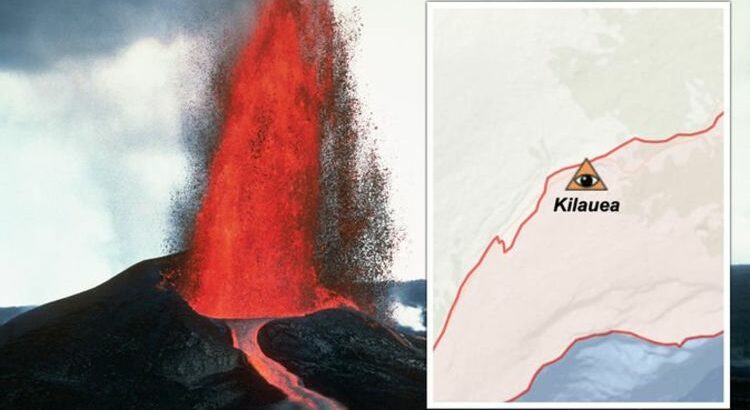 The United States Geological Survey (USGS) has noted a surge in activity at Kilauea volcano. The activity comes following a brief decline this week. So far, however, the recent uptick has not concerned the USGS, although hazards remain.

Kilauea volcano graced headlines in August 2018 when it blew its top after decades of inactivity.

For more than a week, it poured metric tonnes of lava over Hawaii’s Big Island, setting the nearby landscape on fire for miles.

The latest activity came after the Hawaiian Volcano Observatory, part of the USGS, reported a higher rate of lava flow.

Earthquake activity at the summit remains “below background” while “volcanic tremor” is also unchanged.

USGS HVO added it had not detected any “unusual activity” from the “Kīlauea East Rift Zone”.

Technically, however, Kilauea is still erupting.

The USGS is keeping a close eye on the formation, according to its update page.

Of the four warning levels, the volcano is currently on “WATCH”, the second-highest.

USGS states it is still erupting lava from one of its events on its western flank.

The WATCH warning states: “Kīlauea volcano is erupting from a single vent in the western wall of Halemaʻumaʻu crater.

“Activity has returned to levels observed prior to the brief decrease in activity.

“All lava activity is confined within Halemaʻumaʻu crater in Hawai‘i Volcanoes National Park.”

Although lava has not escaped the volcano’s immediate vicinity, hazards remain.

The USGS hazard analysis states “high levels of volcanic gas” are the “primary hazard of concern”.

People roaming nearby or downwind of the volcano should take extra care, as a visible volcanic smog known as vog may also form.

The USGS states: “Vog creates the potential for airborne health hazards to residents and visitors, damages agricultural crops and other plants, and affects livestock.”