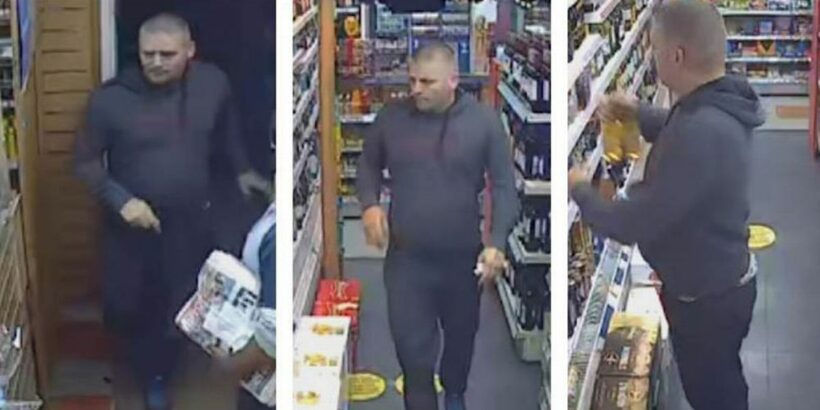 A killer was caught buying beers while he hunted down a dad of one who he later murdered in a "joint enterprise" with three other people.

Stephen Strutt can be seen picking up bottles of beer on a shop CCTV image while on his way from Manchester to Merseyside to hunt down Warren Glover.

Strutt was travelling with Melissa Stubbs, Aaron Stubbs and Peter Walker, who had the intention of inflicting "serious harm" on Melissa's ex-boyfriend.

The four killed Mr Glover, 33, out of "vengeance", a judge ruled, after he had sent "offensive and provocative" texts to Melissa, her parents and her friends, the Liverpool Echo reported.

Strutt had joined the others out of "loyalty" to Aaron and the Stubbs family, Judge Denis Watson said.

Zafar Ali, QC, defending Strutt, asserted he never had a part in the "physical attack" on Mr Glover, who was hit by a "heavy blow" from Stubbs as he wielded an iron bar.

On June 13, 2020, Mr Glover was left to die in a residential street in St. Helens, Merseyside.

Hours before they arrived, a court heard how Strutt had stopped off to pick up beers before there was an "escalation in emotional temperament" which led to the NHS worker's death.

All four denied arming themselves, with Aaron claiming they were going to "confront" him about the messages.

But a jury saw through their lies and found all four of them guilty of Mr Glover's murder.

Ahead of their arrival the siblings' mum, Gail Duff, texted Mr Glover: "Prepare to meet your maker."

Judge Watson said that before the four arrived in St Helens, Mr Glover "armed himself with a lump hammer" and went into the street and "swung the hammer and damaged the car."

Judge Watson said: "Before he tried to run off Aaron Stubbs got out of the car with the bar and Peter Walker with the baseball bat.

"Aaron Stubbs then struck Warren Glover over the head from behind with a heavy blow, a very heavy blow."

On the phone to 999, Jemma Cragg, Mr Glover's girlfriend, said: "He's been knocked, he's, oh my god hurry up he needs an ambulance."

Mr Glover was in a coma for six weeks after being left by the killers, who fled back to Manchester, disposed of the weapons and "readied the car for repair", and Aaron Stubbs ditched his phone.

After the attack, Strutt then fled to Blackpool with girlfriend Sarah Clarke, who was found guilty of assisting an offender.

Judge Watson, sentencing Strutt, said: "You knew you were wanted by the police and you were trying to lie low in Blackpool to avoid arrest."

Melissa Stubbs, 30, was jailed for life with a minimum of 20 years and six months.

Aaron Stubbs, also 30, was jailed for life with a minimum of 21 years and six months.

Stephen Strutt, 39, has been given life with a minimum of 20 years.

Peter Walker, 31, was also given life with a minimum of 20 years and six months.

Sarah Clarke, 30, is due to be sentenced for assisting an offender on May 21.