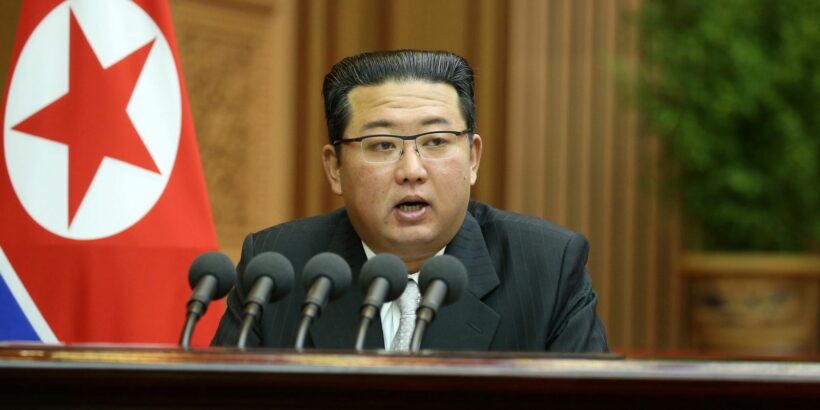 However, he condemned offers of talks from the US as “cunning ways” to hide its hostility against Pyongyang.

His statement is an apparent effort to drive a wedge between Seoul and Washington as he wants South Korea to help him win relief from crippling US-led economic sanctions and other concessions.

During a speech at his country’s parliament on Wednesday, Mr Kim said the restoration of cross-border hotlines – which have been largely dormant for more than a year – would realise the Korean people’s wishes for a peace between the two Koreas, according to the official Korean Central News Agency.

Mr Kim still accused South Korea of being “bent on begging external support and cooperation while clamouring for international cooperation in servitude to the US”, rather than committing to resolving the matters independently between the Koreas.

South Korea’s Unification Ministry responded that it will prepare for the restoration of the hotlines that it said is needed to discuss and resolve many pending issues.

It said the “stable operation” of the channels is expected because their restoration was directly instructed by Kim Jong Un.

Earlier this month Pyongyang offered conditional talks with Seoul alongside its first missile firings in six months and stepped up criticism of the United States.

On the US, Mr Kim Jong Un dismissed repeated Washington’s offers to resume talks without preconditions, calling them an attempt to hide America’s “hostile policy” and “military threats” that he said remain unchanged.

The Biden administration “is touting ‘diplomatic engagement’ and ‘dialogue without preconditions’ but it is no more than a petty trick for deceiving the international community and hiding its hostile acts and an extension of the hostile policy pursued by the successive US administrations”, he said.

He added: “The US remains utterly unchanged in posing military threats and pursuing hostile policy toward (North Korea) but employs more cunning ways and methods in doing so.”

The UN Security Council scheduled an emergency closed meeting on Thursday at the request of the US, UK and France on North Korea’s recent tests.