Seoul: North Korean leader Kim Jong-un chastised top ruling party officials for failures in anti-epidemic work that led to an unspecified grave incident that put the safety of the country and people at risk, state media reported on Wednesday. 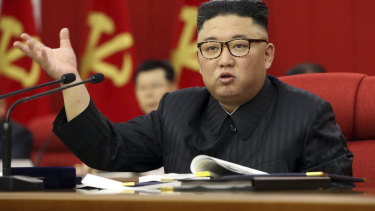 The report by state news agency KCNA did not elaborate on what happened, or how it put people at risk.

It appears to be the first acknowledgement of the presence of COVID-19 in the country. North Korea has not reported a single confirmed case of the coronavirus, though South Korean and US officials have expressed scepticism over that claim.

Kim called a meeting of the Workers’ Party of Korea politburo to address some party executives’ neglect of duty, which he said created a major crisis for the country and people’s safety by failing to implement important long-term measures to fight the pandemic, KCNA said.