NORTH Korea is feared to be building new nuclear weapons after fresh activity was detected at a secret uranium enrichment facility.

The International Atomic Energy Agency watchdog confirmed that the Kangson nuclear site near the capital Pyongyang is currently active. 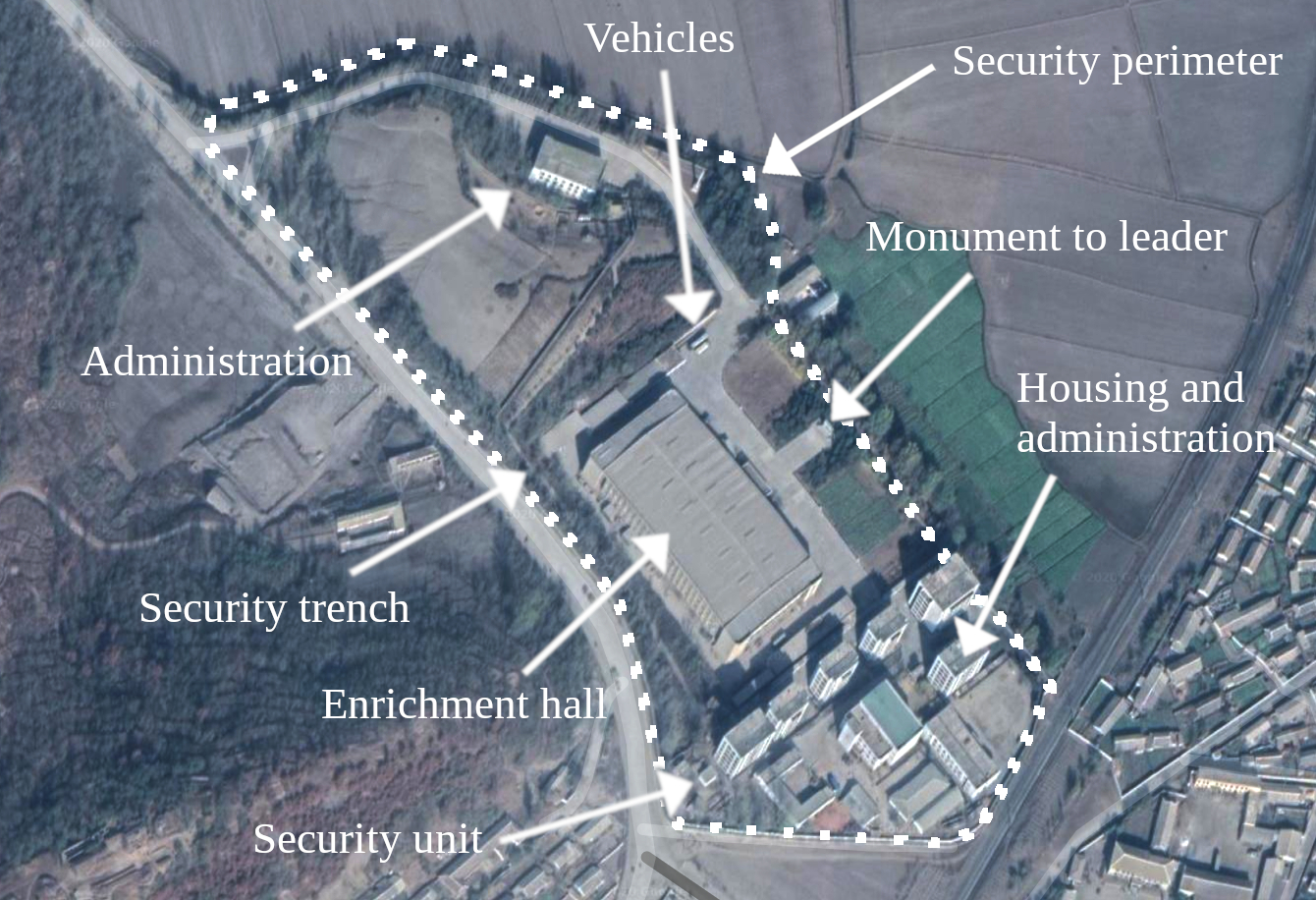 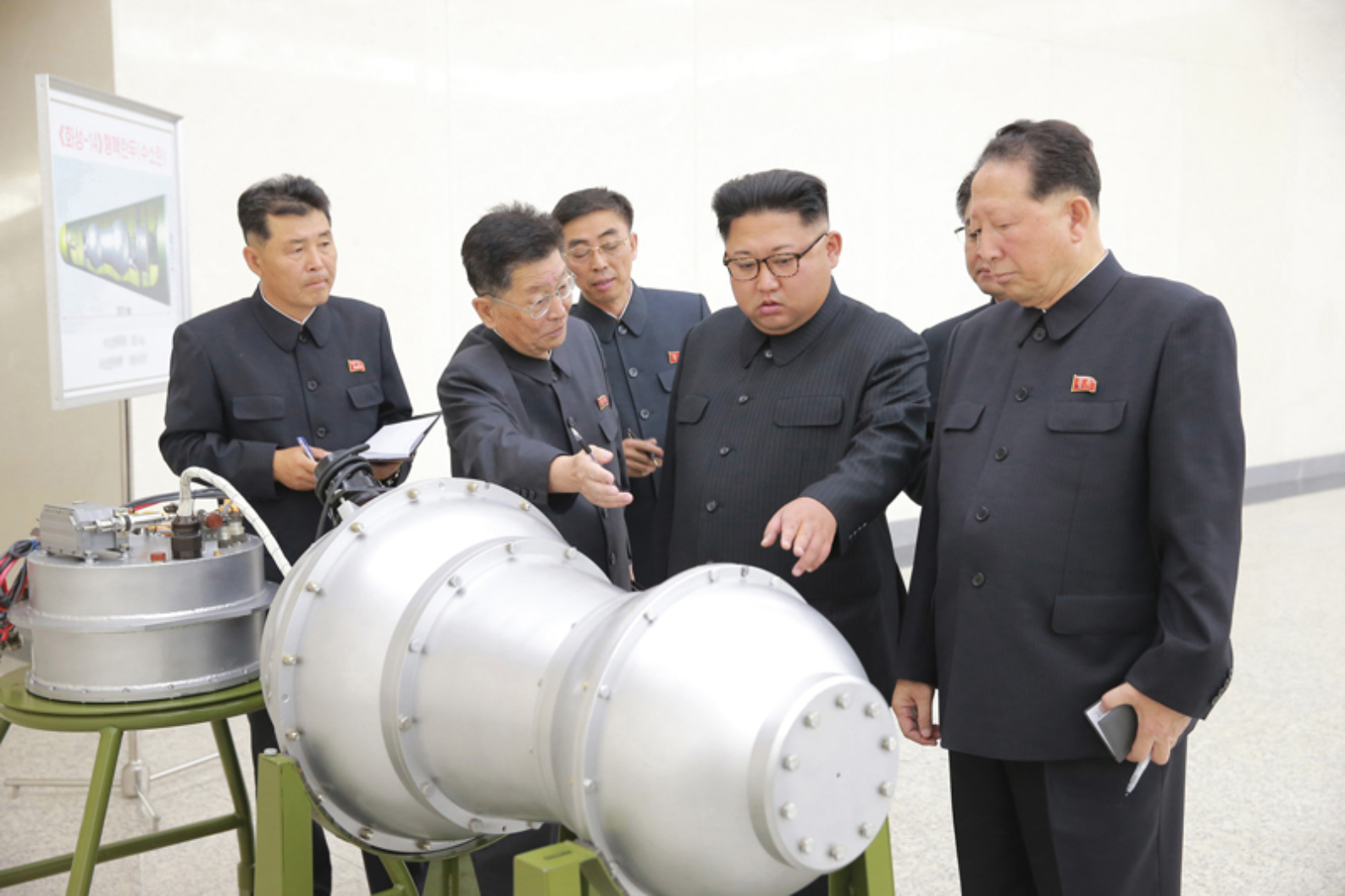 Kim Jong-un has refused to acknowledge the existence of the secret facility – which prompted the collapse of peace talks with Donald Trump last year.

Intelligence agencies have been studying it since 2007 and believe it may have been enriching weapons-grade uranium since 2003.

Now the IAEA has detected fresh activity there, suggesting the regime is stockpiling yet more warheads despite promising to stop.

Rafael Mariano Grossi, director general of the IAEA, said: “We are trying to finetune the analysis on Kangson.

“In the beginning we were a bit more prudent, but with further analysis we can see that this is a relevant place where activity is taking place.”

He added inspectors will seek to visit the site when they are able to return to North Korea.

At the heart of the Kangson facility is a hall measuring 50 metres by 110 metres, which is believed to house the centrifuge cascades producing highly enriched uranium.

Snow never gathers on its roof, even when nearby rooftops are covered, suggesting that it generates heat all year round, satellite photos showed. 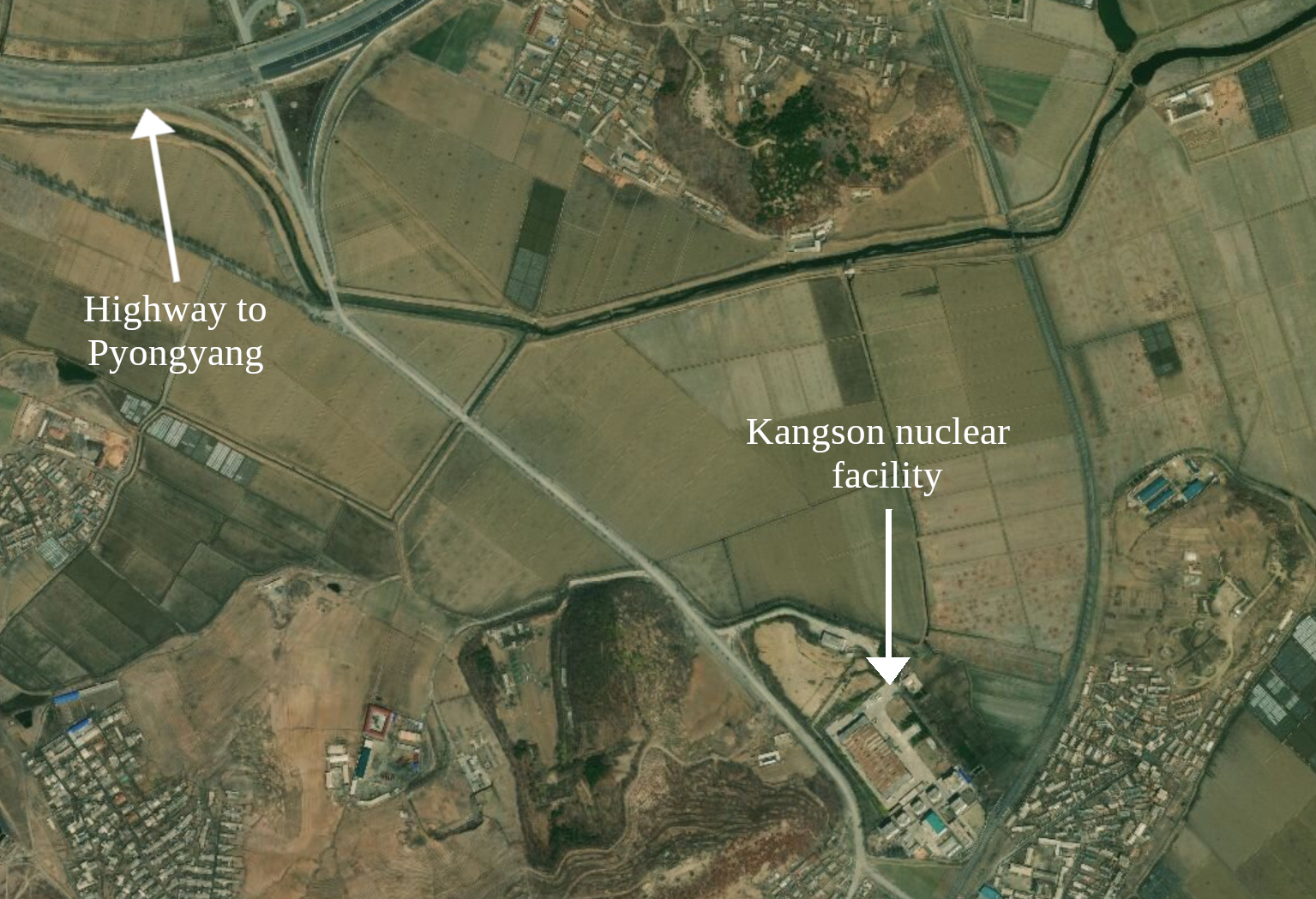 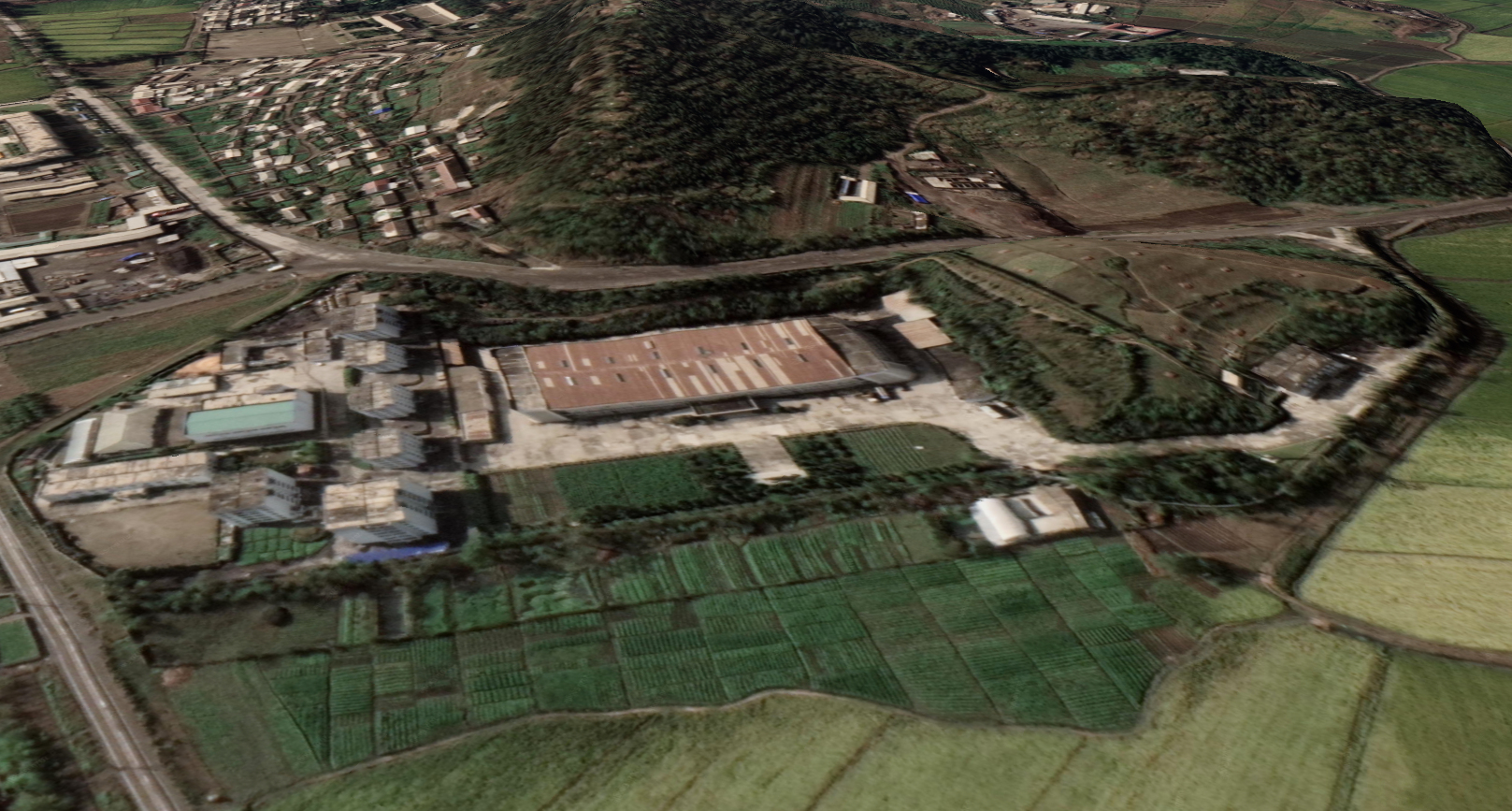 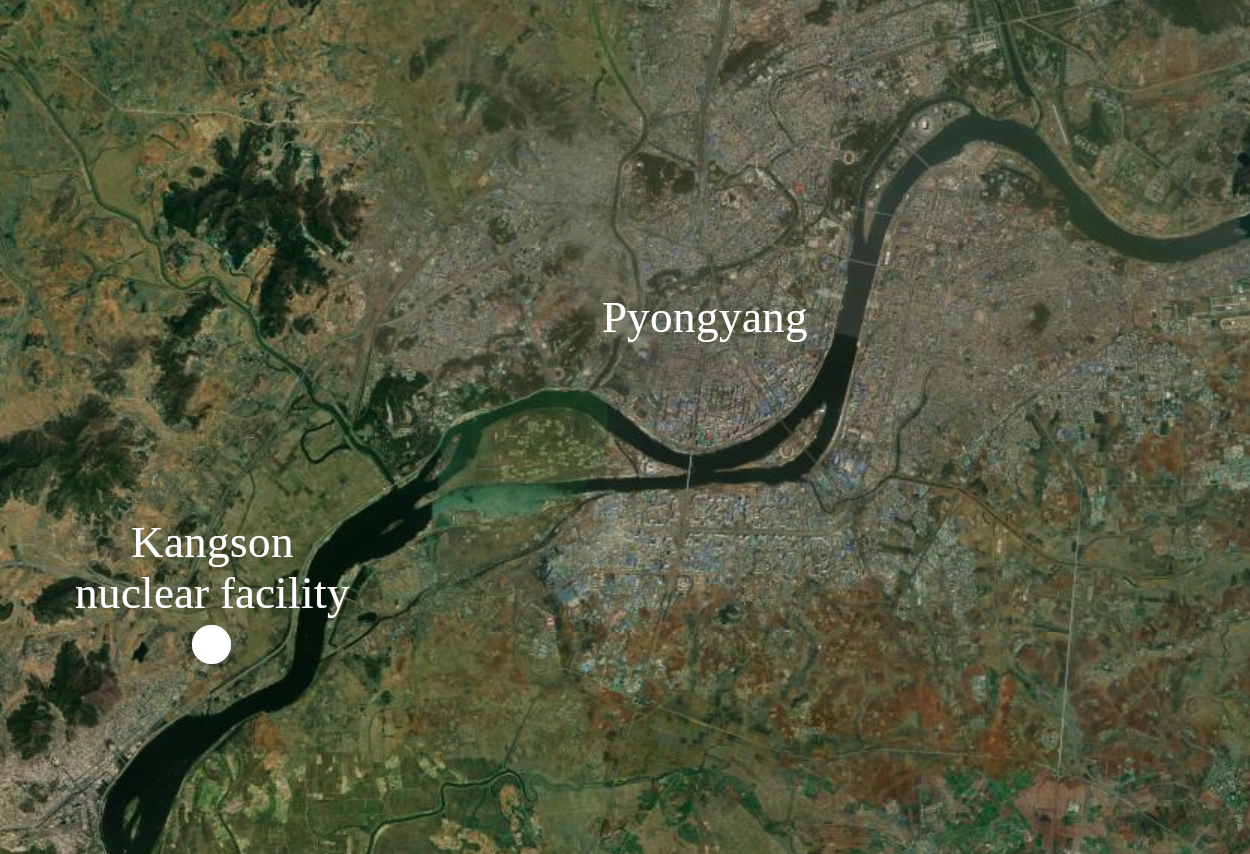 It is only a kilometre from a major expressway – a lifeline for a plant that generates a lot of waste and needs regular resupply – and it's under four kilometres from Chamjin Missile Factory.

It’s even surrounded by a one-kilometre long perimeter wall – suggesting a high-security area.

A number of support buildings at the site are thought to be home to scientists, engineers and other staff.

Revealingly, it’s the only large facility in the area that Kim Jong-un and his father Kim Jong-il, have never been shown visiting in North Korean propaganda.

IAEA boss Mr Grossi confirmed up-to-date satellite images are helping them keep track of the site until North Korea allows inspectors back in.

He said: “For me this is important because, when we return to the DPRK – and I hope this will indeed be the case – we will have in front of us a much wider set of facilities and places to visit.

“So it’s good that we start to get a feel of what could be taking place in different parts of the country.”

The existence of the Kangson plant was revealed to the world by US-based magazine The Diplomat in 2018.

A US intelligence source told magazine that Kangson’s capacity could be twice that of Yongbyon, which the Kim regime claims is its biggest enrichment facility.

Another US government source estimated in 2017 that, between the two sites, North Korea had enough fissile material for 12 new nuclear weapons a year.

The revelations about Kangson scuppered peace talks after Kim's first summit with Trump in Singapore was hailed a historic success.

At a follow-up summit in Hanoi in January 2019, Kim offered to shut Yongbyon in return for the easing of UN sanctions.

But Trump demanded he also shut Kangson and three other sites, and when Kim refused he walked out saying North Korea was not ready for a deal.

In June we told how North Korea was feared to be secretly stockpiling warheads amid growing tensions with the South.

A report by the Stockholm International Peace Resarch Institute said the regime was believed to have built a further ten warheads at Kangson.

In May satellite images suggested North Korea was building a new ballistic missile factory at Sil-li.

The new base – close to Pyongyang’s main airport – includes underground storage areas and buildings tall enough to house the Hwasong-15 rocket said to be capable of striking the US mainland. 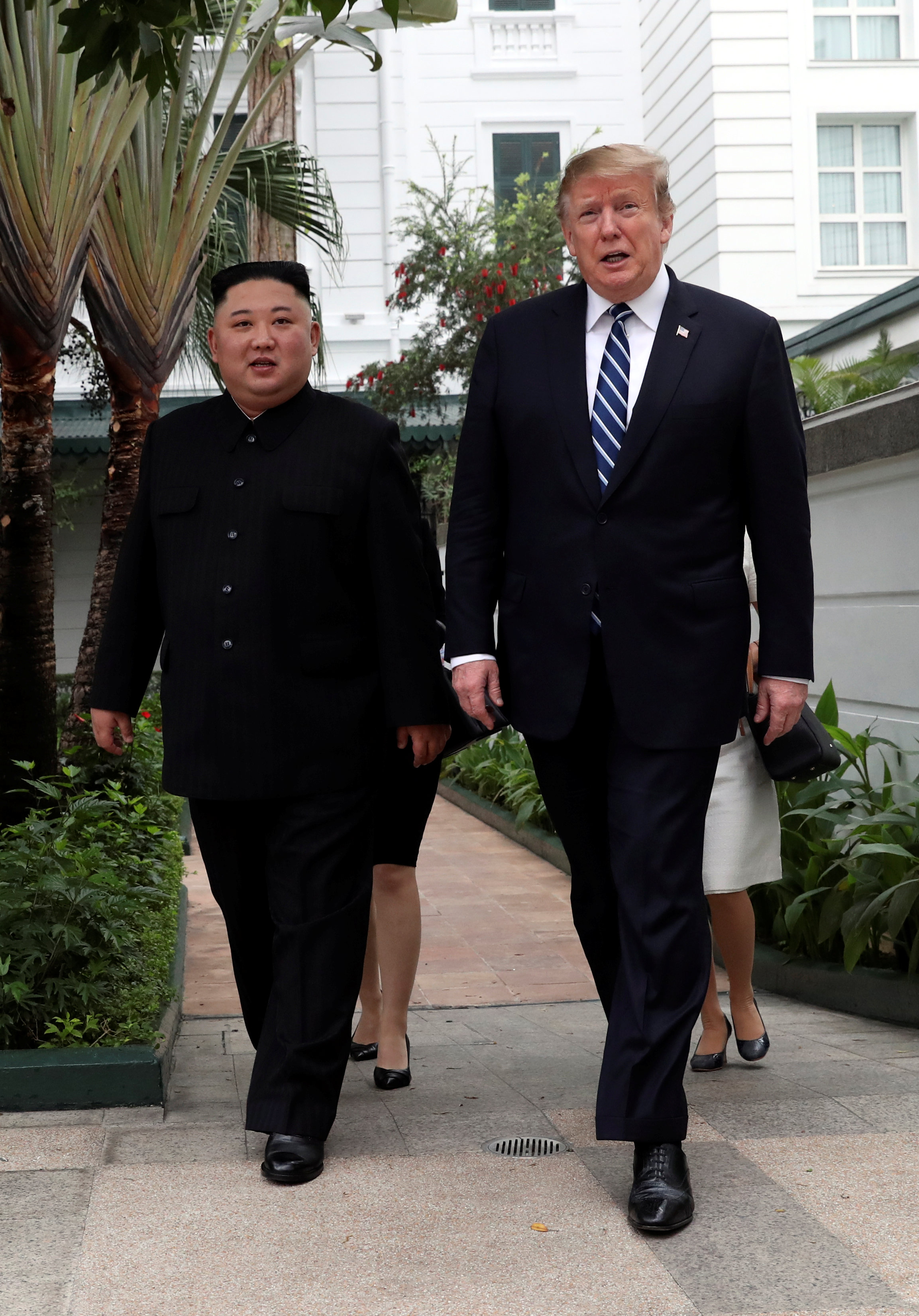