Islamic State’s media wing have released a chilling video of four young boys – one as young as 11 – that they claim are behind knife attacks on police in the name of the terrorist group.

The attacks on police targets in the Russian region of Chechnya on Monday were claimed by IS.

In the new footage, three of the boys brandished large knives and the youngest held up a phone with an Islamic State flag displayed on the screen as they pledged allegiance in Russian to Islamic State leader Abu Bakr al-Baghdadi. 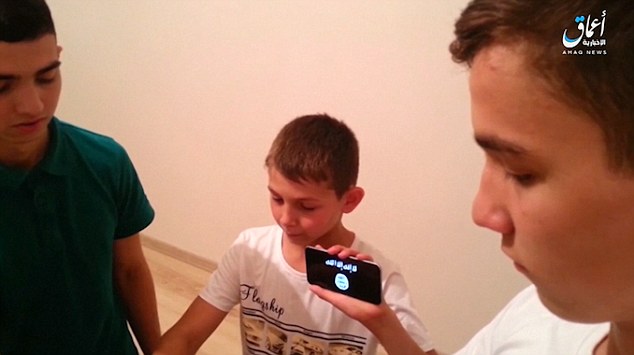 The authenticity of the video and identities of the individuals could not be verified but the ages of the boys appeared consistent with statements by local officials who said the attackers were minors, with one as young as 11.

In the attacks on Monday, which included a botched suicide bombing and a knife attack on a police station, four of the assailants were shot dead, while the fifth was hospitalised after he blew himself up but survived, Russian news agencies and officials said.

In the video released by Islamic State’s media arm Amaq, the boys described themselves as the ‘Mujahideen of the Caucasus’ and threatened attacks on infidels. 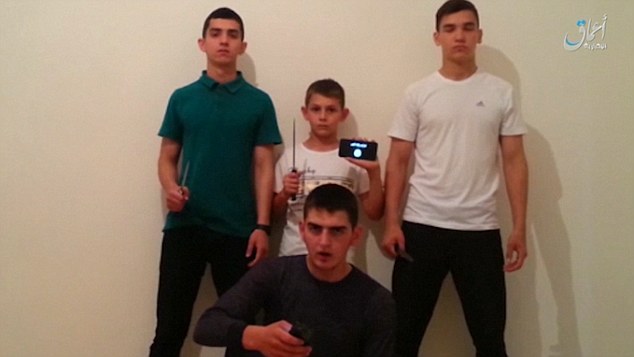 The mainly Muslim internal republic of Chechnya has been dogged by attacks and a simmering insurgency since Moscow fought two wars with separatists there following the 1991 breakup of the Soviet Union.

‘The oldest one who rammed the traffic police officers was almost 17, the youngest of the criminals was 11 years old, according to the information we have,’ Dzhambulat Umarov, Chechnya’s communications minister was quoted as saying by TASS news agency. 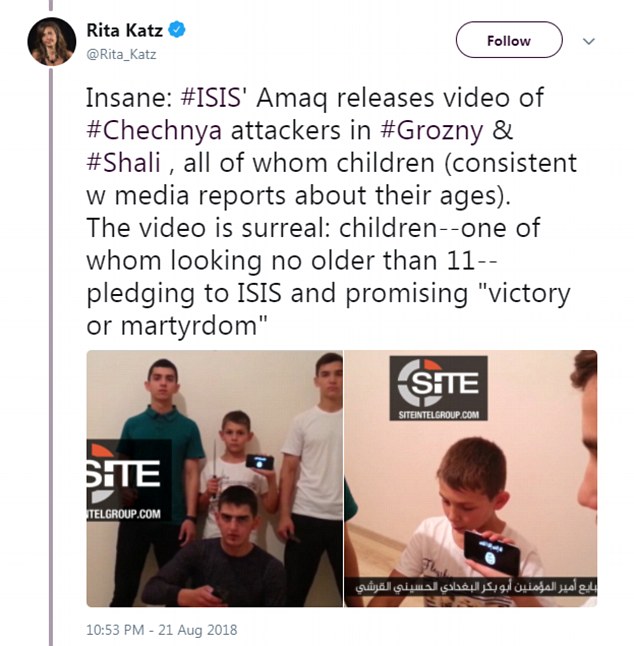 Chechnya is now ruled by Kremlin-backed leader Ramzan Kadyrov who has been criticised by human rights advocates for widespread abuses, but under whose helm attacks have become relatively rare.

That this attack was carried out by minors who grew up in Kadyrov’s post-war Chechnya and had no personal experience of the wars themselves should be alarming for the Russian and Chechen authorities, said Ekaterina Sokirianskaia, director of the Conflict Analysis and Prevention Centre, which monitors conflicts in the former Soviet region.

It is the first time such young children have been used in an attack in Chechnya, she said. 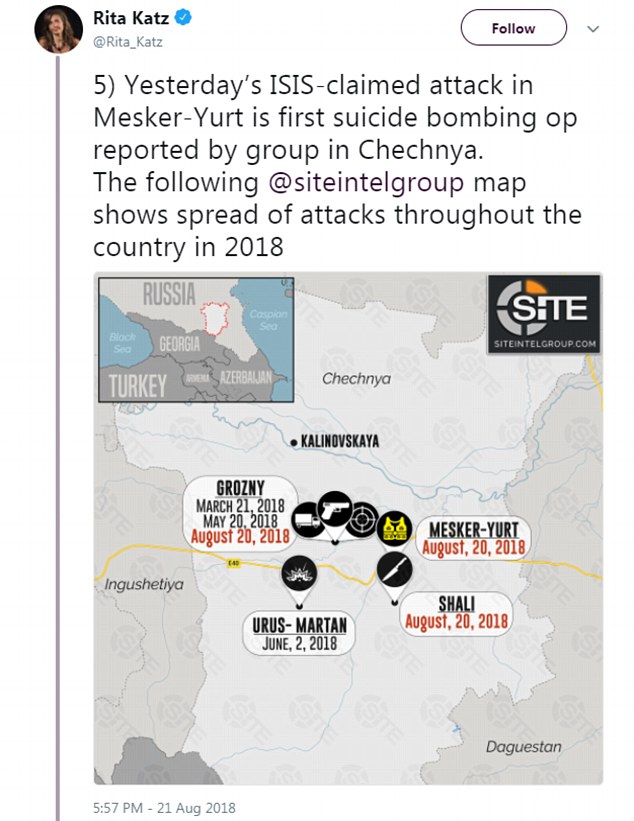 ‘This is a new generation of jihadists that we’re seeing now. They have not seen war. This is the post-war generation,’ she said.

Radical Islamic militants, some of whom have sworn allegiance to IS, have conducted sporadic raids in Chechnya in the past, defying the rule of the Kremlin-friendly leader Ramzan Kadyrov.

Monday’s violence indicated the Islamist insurgency remains active in the province despite authorities’ claims that it has been eradicated.

It follows an attack on a Russian Orthodox church in May that left four attackers, two policemen and a churchgoer dead.

Khalil Khalilov screamed ‘Allahu akbar’ as he opened fire with a hunting rifle before he was shot dead by police in Kizlyar, a town in the mainly Muslim region of Dagestan.

ISIS claimed one of its ‘soldiers of Islam’, who they referred to as Khalil Daghestan, carried out the attack using his gun to ‘kill five of them and wound four others’.