Knife-wielding man launches a slashing spree on adults and children in a Chinese village, killing one and injuring six

One child died and six other people were injured after a knife-wielding man launched a slashing spree today in a Chinese village.

The suspect attacked four adults and three children in the Longhui County, southern China’s Hunan Province, according to the police.

One eight-year-old boy was pronounced dead at the scene. The other victims are being treated in the hospital. 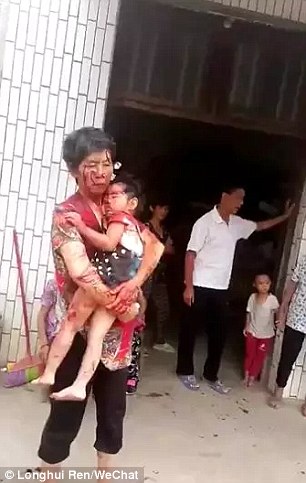 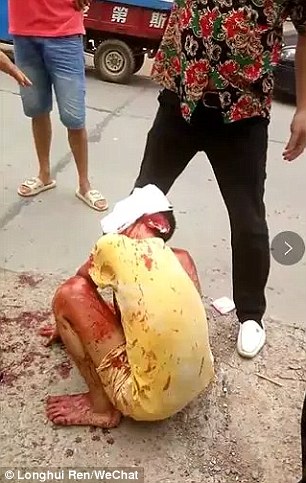 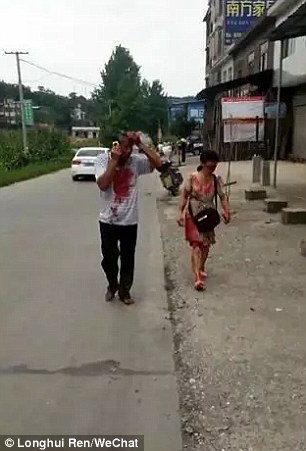 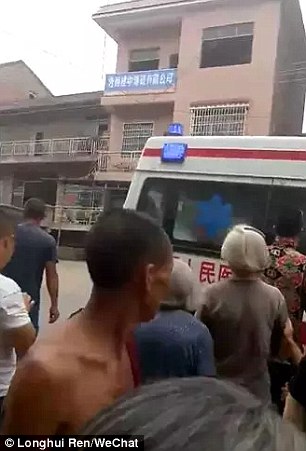 The incident occurred at around 12.40pm local time in Nansong Village.

The suspect has been identified as 40-year-old Luo who lives in the village, said the Longhui County police in an online statement.

The police said Luo fled the scene on a tricycle after assaulting the residents.

The officers immediately chased the suspect after receiving reports from the public.

Luo has been arrested by the police. 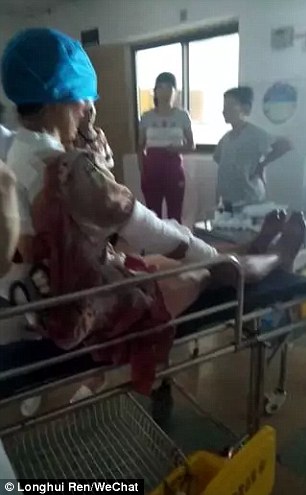 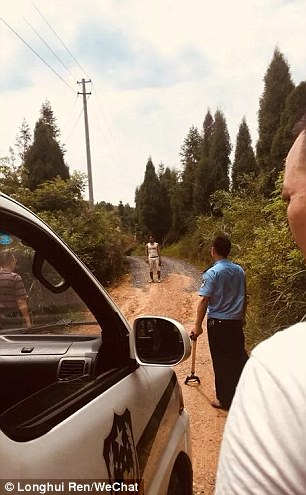 Injured victims have been taken to the hospital (left) and the suspect has been arrested by police (right). The incident left one eight-year-old boy dead at the scene in Longhui County

A video released by BJ News shows other villagers gathering at the scene after the attack.

The police said the suspect had been convicted of intentionally bodily harm in the past.

They are yet to explain his motives for the attack today.

The case is being investigated further. 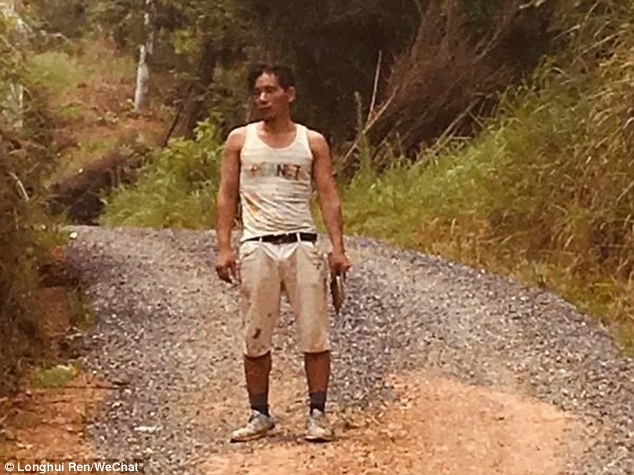 Because Chinese law tightly restricts the sale and possession of firearms, mass attacks are generally carried out with knives or homemade explosives.

Perpetrators of similar attacks in the past have been described as mentally ill or bearing grudges against society.

Last Thursday, a 29-year-old man attacked three boys and one woman using a meat cleaver near a school in Shanghai, killing two of the children.

A similar attack in April in Mizhi, Shaanxi Province, saw seven schoolchildren killed and another 12 injured by a knife-holding man on their way back home. It was reported the 28-year-old man had been bullied while studying at the school, therefore carried out the revenge attack.