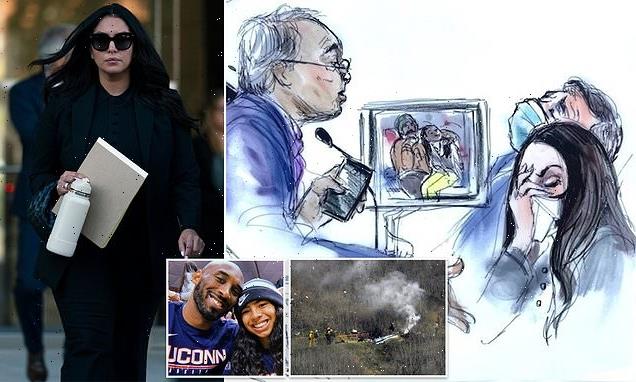 Kobe Bryant’s widow broke down in court as her attorney told the jury how Los Angeles first responders leaked photos of her late husband and daughter’s mangled corpses.

Vanessa Bryant sobbed in a federal courtroom Wednesday as her lawyer described how sheriff’s deputies and firefighters shared graphic images of the NBA star’s ‘decapitated body’ to random people at a California bar just two days after he died.

Kobe, his 13-year-old daughter, Gianna, and seven others perished in a helicopter crash on January 26, 2020. The group was flying to a girls basketball tournament when their chartered chopper crashed in the Calabasas hills.

Vanessa has filed a multi-million-dollar federal invasion of privacy suit against the LA County Sheriff’s Department over the leaked photos.

She claims she suffered ‘severe emotional distress’ and became ‘physically ill’ at the thought of strangers ‘gawking’ at graphic images of her dead husband and daughter.

The grieving mother and wife alleged the officers did not take the photos for investigative purposes but instead ‘for their own personal gratification.’ 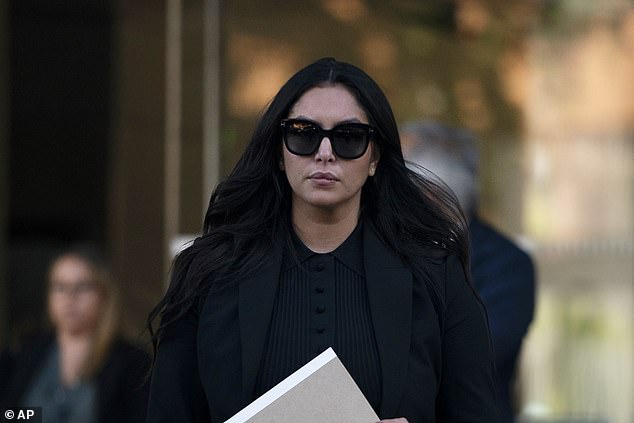 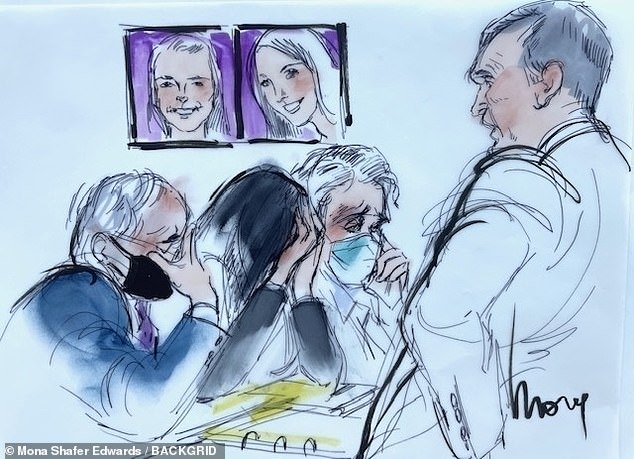 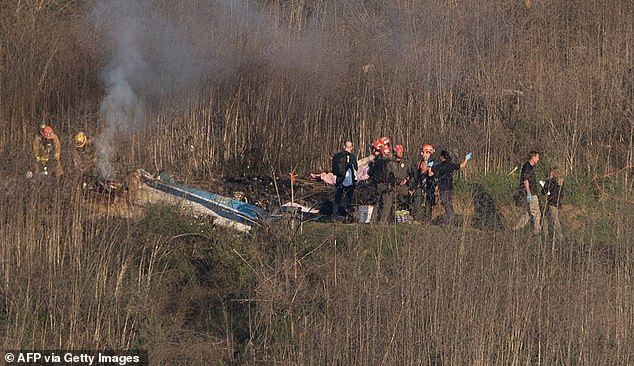 NBA star Kobe Bryant, his 13-year-old daughter, Gianna, and seven others perished in a helicopter crash on January 26, 2020 (pictured). The group was flying to a girls basketball tournament when their chartered chopper crashed in the Calabasas hills

Vanessa’s attorney, Luis Li, told the 10-member jury how law enforcement officers ‘exploited the accident’ by taking and sharing ‘pictures of Kobe and Gianna as souvenirs’ during a dramatic opening statement Wednesday.

The officer is seen holding up his cell phone to the bartender to show him something. The employee ‘visibly recoils’ from the grisly sight, allegedly of Kobe’s corpse, and walks away.

‘January 26, 2020, was and always will be the worst day of Vanessa Bryant’s life,’ Li told the courtroom, according to Rolling Stone. ‘This case is about accountability. We’re going to prove to you that county employees took pictures and shared them widely.’

The attorney described how deputies and firefighters ‘walked around the wreckage and took pictures of broken bodies from the helicopter crash.’

‘They took close-ups of limbs, of burnt flesh. It shocks the conscience,’ Li said, before playing an audio clip of a detective claiming his wife refused to view the pictures after he described the crash victims as ‘piles of meat.’

The ‘gratuitous images’ were heavily talked about within the sheriff’s department and often displayed during ‘settings that had nothing to do with investigating the accident,’ the lawsuit claims. 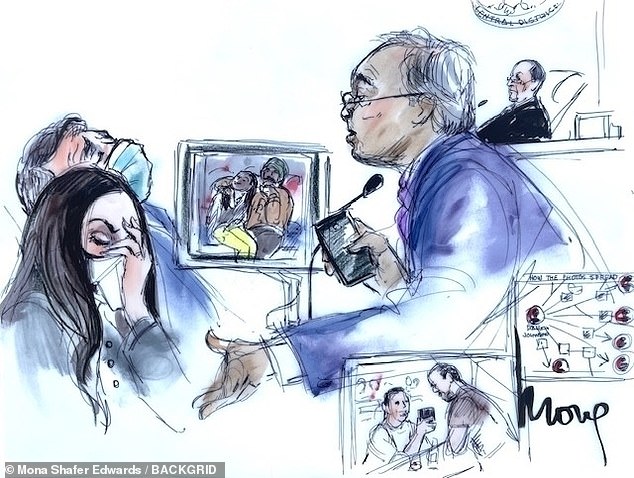 Vanessa Bryant is pictured crying in court Wednesday while her attorney, Luis Li, describes how deputies and firefighters ‘walked around the wreckage and took pictures of broken bodies from the helicopter crash’ 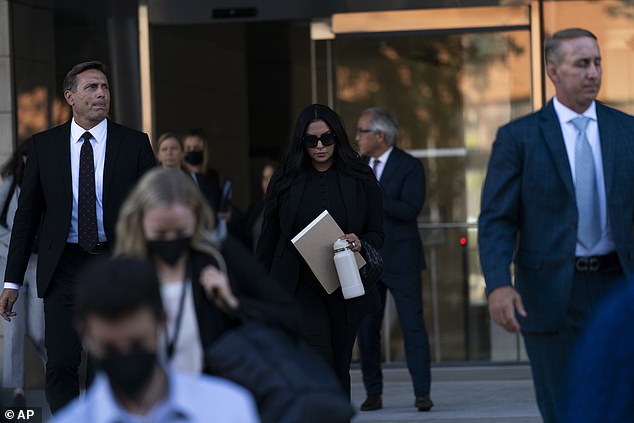 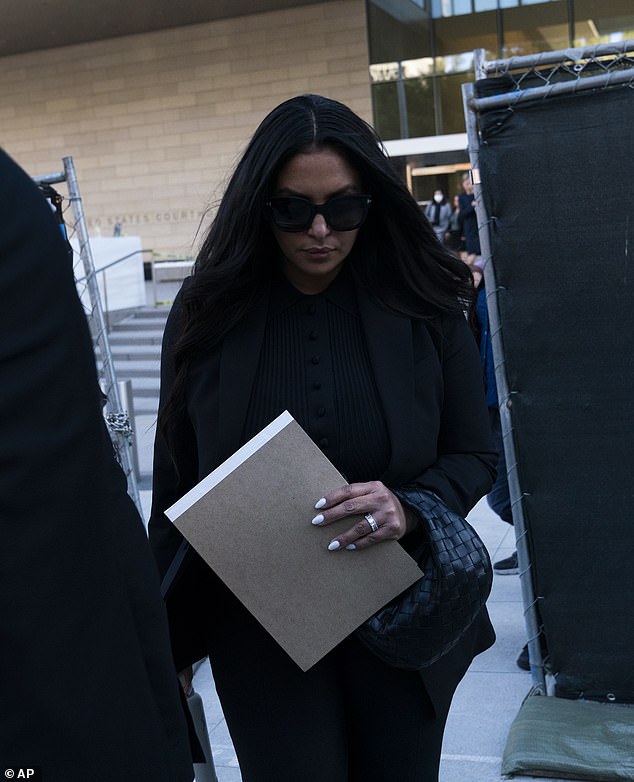 The complaint also alleges that one officer used the victim photos to ‘try to impress a woman at a bar, bragging about how he had been at the crash site.’

‘County employees exploited the accident. They took and shared pictures of Kobe and Gianna as souvenirs,’ Li told the jury. ‘They poured salt in an unhealable wound.’

The county claims Vanessa’s invasion of privacy lawsuit has ‘no legal merit’ because the photos were never leaked to the public.

‘It is undisputed that the complained-of photos have never been in the media, on the Internet, or otherwise publicly disseminated. Plaintiff Vanessa Bryant has never seen county photos of her family members,’ county attorneys argued.

Ahead of the trial, county lawyer Skip Miller issued a statement to the magazine arguing ‘the fact remains that the county did not cause Ms. Bryant’s loss.’

‘As was promised on the day of the crash, none of the county’s accident site photos were ever publicly disseminated,’ he said. ‘The county did its job and looks forward to showing that at trial.’ 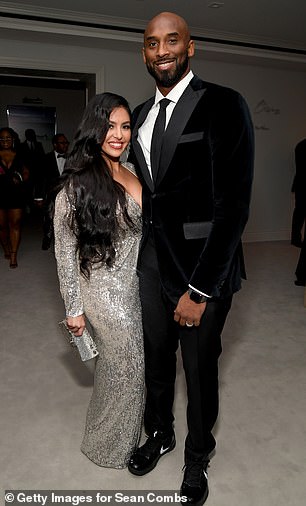 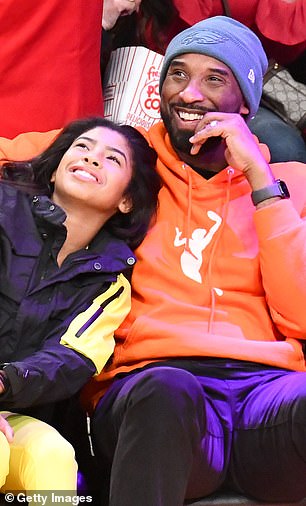 A month before the fatal crash, Kobe and Vanessa Bryant (left) pose for a photo at Sean Combs 50th birthday party in Los Angeles – while on the right – Kobe and daughter Gianna enjoy a father-daughter day at a Lakers game in December 2019 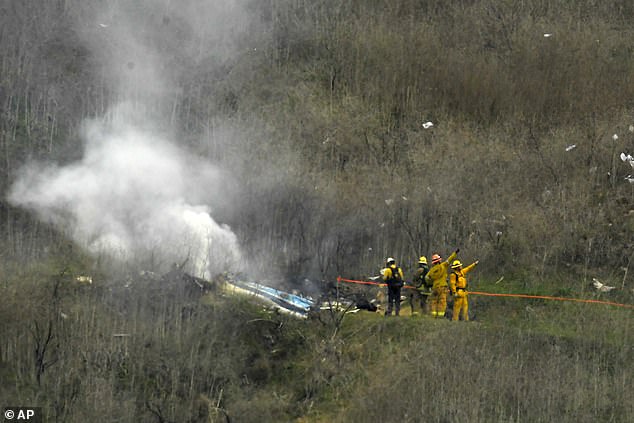 Vanessa Bryant reportedly asked authorities to not allow anyone to take photos of their bodies, but claimed she later learned firefighters and deputies were passing around photos (Pictured: The crash site in Calabasas in January 2020) 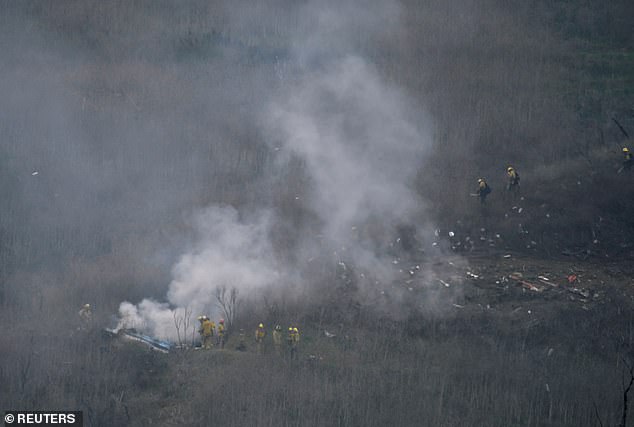 LA county firefighters are pictured working the scene of the helicopter crash that killed Kobe Bryant on January 26, 2020

Close-up photos of Gianna and Kobe’s remains were passed around on at least 28 sheriff’s department devices and by at least a dozen firefighters, the lawsuit alleges. They were also shown off in bars and at an awards gala.

‘Mrs. Bryant feels ill at the thought that sheriff’s deputies, firefighters, and members of the public have gawked at gratuitous images of her deceased husband and child,’ the complaint argues. ‘She lives in fear that she or her children will one day confront horrific images of their loved ones online.’

Vanessa’s attorney said that a private citizen attending the 2020 Golden Mike Awards – a broadcast television awards night held less than a month after the crash – witnessed LA County Fire Department Public Information Officer Tony Imbrenda talking about the photos and showing them to others.

A bartender in Norwalk, California, said a Los Angeles police officer showed him the photos.

The widow reportedly instructed LA Sheriff Alex Villanueva on the day of the crash to secure the accident site and not to allow any photos when she learned there were no survivors.

‘If you can’t bring my husband and baby back, please make sure no one takes photographs of them,’ she said. 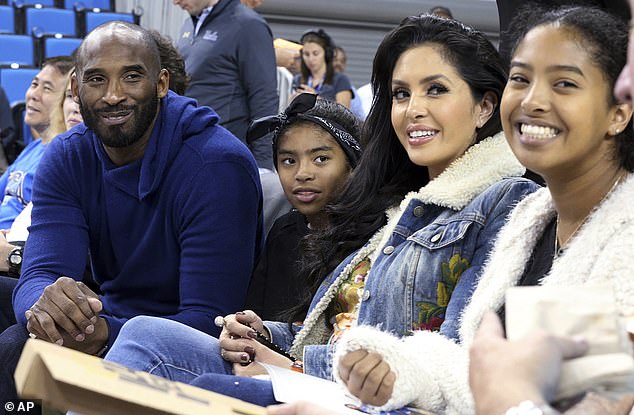 Vanessa’s attorney claims ‘county employees exploited the accident’ and ‘poured salt in an unhealable wound.’ Vanessa is pictured with Kobe and their daughters, Gianna and Natalia, on November 21, 2017 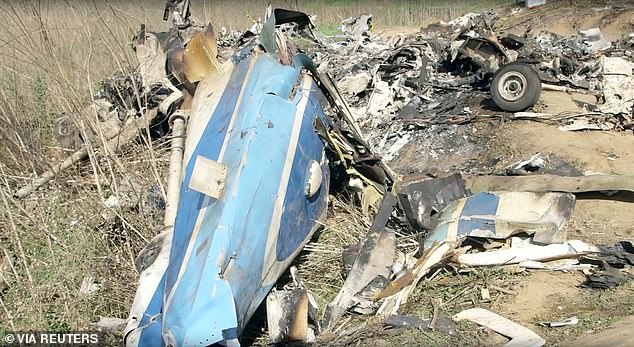 Vanessa has previously said that the photos showing the death of her husband and daughter were ‘out there’ caused her ‘constant fear and anxiety,’ and that she was having trouble sleeping and was depressed as a result

The county has argued that Vanessa suffered emotional distress from the deaths, not the photos, which were ordered deleted by the sheriff.

They said the photos have never been in the media, on the internet or otherwise publicly disseminated, and that the lawsuit is speculative about the harm she may suffer.

US District Judge John Walter consolidated Vanessa’s lawsuit with a similar one filed by Orange County financial adviser Chris Chester. He lost his wife, Sarah, and 13-year-old daughter, Payton, in the crash.

‘Every single day since the county did what it did, Mrs. Bryant and Mr. Chester have the risk, have the fear, have the anxiety, have the terror that they might have to re-live the loss of their family members in the most excruciating way,’ Li argued Wednesday.

The attorney claims his clients want the law enforcement agency to be held accountable for contributing to the trauma of the crash. 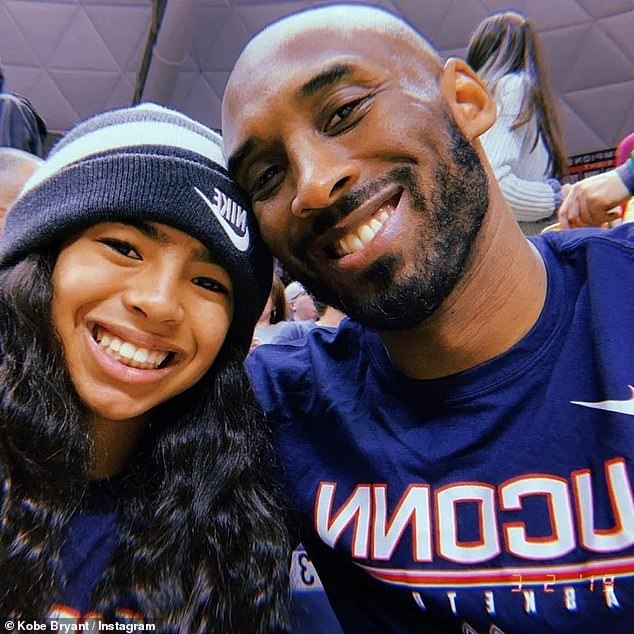 A California law prompted by the crash makes it a crime for first responders to take unauthorized photos of deceased people at the scene of an accident or crime. Kobe and Gianna Bryant are pictured together

A California law prompted by the crash makes it a crime for first responders to take unauthorized photos of deceased people at the scene of an accident or crime.

The county already agreed to pay $2.5 million to settle a similar case brought by two families whose relatives died in the January 26, 2020, crash.

Vanessa did not settle her case, indicating she’s seeking more. The litigation has at times been ugly.

When the county sought a psychiatric evaluation of Vanessa to determine if she suffered emotional distress because of the photos, her lawyers criticized the ‘scorched-earth discovery tactics’ used to bully her and other family members of victims to abandon their lawsuits.

The county responded by saying they were sympathetic to Vanessa’s losses and dismissed her case as a ‘money grab.’

Vanessa has also filed a suit against the helicopter charter company and the deceased pilot’s estate.