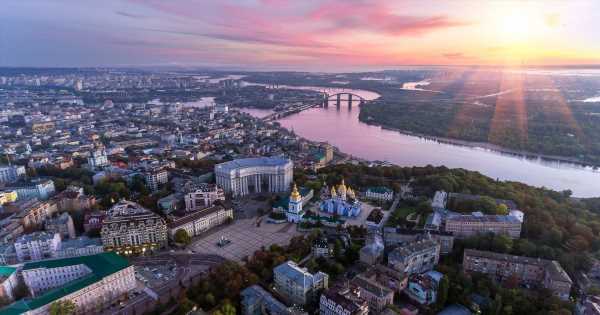 Vladimir Putin's war has not only caused the deaths of innocent people but there are also some arguing that he is threatening the very existence of Ukrainian culture.

People have been reminded that the pronunciation and spelling of Ukraine's capital of Kyiv remains important in the weeks and months ahead.

After a barbaric invasion in which hundreds of Ukrainians have been killed and hospitals and kindergartens bombed under the orders of Putin, now labelled a tyrant by Western leaders, the future of the country is very much up in the air.

Battles between Ukrainian armed forces, who have been forced to conscript men between the ages of 18 and 60, and Russia have been seen all over the country and there is no clear outcome of the fighting so far.

In a speech addressing the citizens of Ukraine as Russia invaded, President Vlodomyr Zelensky said: "They tell you that we hate Russian culture. How can one hate a culture? Any culture? Neighbours always enrich each other’s cultures. However, we are not part of one whole. You cannot swallow us up."

So how should you pronounce and spell Kyiv?

Is it Kiev or Kyiv?

For the correct spelling, people should be using 'Kyiv' and not 'Kiev'. This is because Kiev is the standard spelling for the city when it was under Russian rule.

Ukraine has its own language and the spelling of 'Kyiv' is more accurate and has been officially confirmed by the Ukranian government since 1995.

This particular issue has become more important in recent years due to the clashes with Russia. Ukrainians argue that the distinction is important as it separates them from Russians in the eyes of the world.

Since 2014, there has been a conflict of some form between Russian-backed forces in rebel-held Eastern Ukraine and Ukrainian forces, after Putin's Russia annexed Crimea that year.

News outlets including the BBC and Washington Post eventually recognised the difference across the board in 2019.

How do I pronounce Kyiv?

Kyiv should be pronounced 'key-eve' as this is how Uranian speakers pronounce it. Russians are prone to pronouncing it 'Kiev' in their language.

This issue is similar to 'Ukraine' and 'the Ukraine' when referring to the Eastern European state, the latter being the incorrect way of saying the country.

Similarly, 'the Ukraine' was what Russians called the area when it was under Soviet rule

William Taylor served as ambassador to the country for the US between 2006 and 2009 and told TIME magazine in 2014: "Ukraine is the way the Russians referred to that part of the country during Soviet times … Now that it is a country, a nation, and a recognised state, it is just Ukraine. And it is incorrect to refer to the Ukraine, even though a lot of people do it."

"Whenever they hear 'the Ukraine', they fume."

The issue may seem a little oversensitive to some, but smaller matters are undoubtedly magnified under the microscope of a wider issue.

Ukraine is a country and culture full of rich heritage that stretches far further back than 1991, the year it declared independence after the downfall of the Soviet Union.

It has its own language and identity, so protecting it in the minds of people across the world is essential.

It is the very existence of Ukraine that is under threat, so one of the best things people abroad can do is to recognise and talk about the sovereignty of Ukraine, subjected to a brutal military assault by Putin's forces.