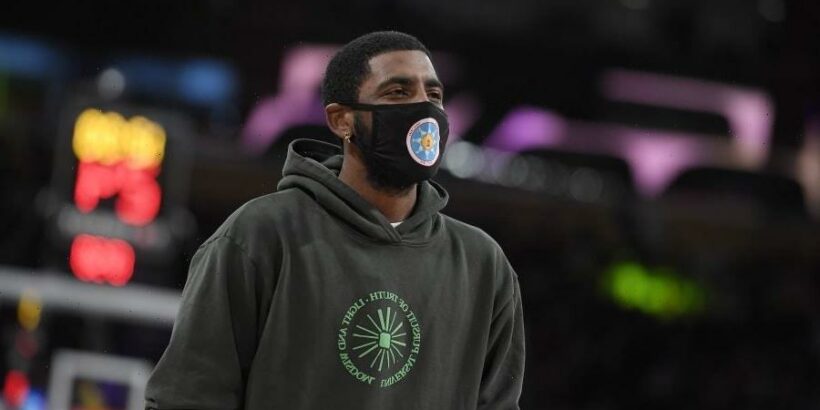 The Brooklyn Nets are preventing Kyrie Irving from playing or practicing with his team due to his alleged refusal to obtain a COVID-19.

General Manager Sean Marks issued a statement on behalf of the organization regarding the decision. The statement declared that he was unable to be considered a “full participant,” of the National Basketball Association team until he decided to become fully vaccinated, saying that the choice afforded him only “part-time availability.”

“Given the evolving nature of the situation and after thorough deliberation, we have decided Kyrie Irving will not play or practice with the team until he is eligible to be a full participant,” said Marks.

He went on to say that the organization had “respect” for  Irving’s choice to express autonomy over his body.

“Kyrie has made a personal choice, and we respect his individual right to choose. Currently the choice restricts his ability to be a full-time member of the team, and we will not permit any member of our team to participate with part-time availability. It is imperative that we continue to build chemistry as a team and remain true to our long-established values of togetherness and sacrifice. Our championship goals for the season have not changed, and to achieve these goals each member of our organization must pull in the same direction. We are excited for the start of the season and look forward to a successful campaign that will make the borough of Brooklyn proud.”

Irving’s peer Lebron James was vocal about his initial skepticism about the vaccine. The superstar athlete reported that he ultimately opted to make the choice he saw as most beneficial to his family during a Los Angeles Lakers press day.

The sports world is not the only place where professionals are being required to make work-related decisions in connection with COVID-19 vaccine requirements. Airlines, school districts, hospitality chains, and other employers are enacting widespread vaccine mandates across their workforces.

Questions about the COVID-19 vaccines? Get answers here.