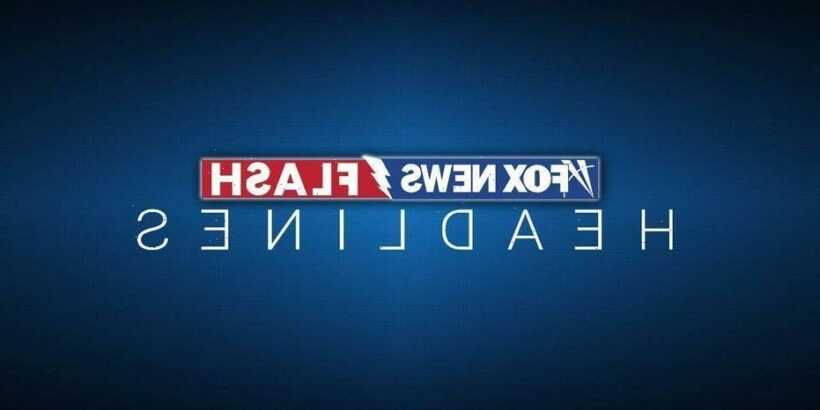 The Los Angeles County Sheriff’s Department on Friday released video of a deputy-involved shooting of a man with a knife who was “under the influence of drugs and wanted to commit ‘suicide by cop.'”

In a criticism of his own deputies, Los Angeles County Sheriff Alex Villanueva also said he had “grave concerns” about the shooting that happened on March 14 after 34-year-old David Ordaz Jr. has since died as a result of the wounds sustained during the incident outside his family’s home.

“I want to clearly state I have grave concerns regarding this deputy involved shooting,” Villanueva said in a statement, announcing that body worn camera video and a critical incident video of the event has been posted online. “Our hearts go out to his family and loved ones.”

One of the four deputies involved has been relieved of duty and their peace officer powers have been suspended, pending the outcome of an investigation by the sheriff’s department’s homicide detectives, Villanueva said. The four deputies involved have previously been identified as Remin Pineda, Edwin Navarrete, Jaime Romero and Nathaniel Trujillo, but the sheriff did not clarify which was relieved of duty.

Snippets of body-camera footage, as well as audio from the 911 call and police dispatch radio, were released a day after Ordaz’ family held a press conference Thursday outside the federal courthouse in Los Angeles announcing a lawsuit against Los Angeles County and the four deputies involved.

On March 14, East Los Angeles Sheriff’s Station responded to a call at 1:52 p.m. on the 100 block of North Rowan Ave. A woman, who later identified herself as Ordaz’ sister, tells a dispatcher that she was seated with her brother inside a Gold Chevrolet Cruze parked outside their family’s home.

“Yes, hello, um, I’m currently with someone who is telling me they’re suicidal,” she is heard saying in the video summary of the incident posted to the sheriff department’s YouTube page. “I was just wondering if you could guide me on what I can do to help them.”

Ordaz also describes how he was armed with a knife and on drugs to the dispatcher.

Asked by the dispatcher if he was armed with a pocket knife, Ordaz is heard saying, “It’s a big a** butcher knife.” His sister says, “It’s a kitchen knife.”

She said her brother was high on meth amphetamine and had not slept in days. 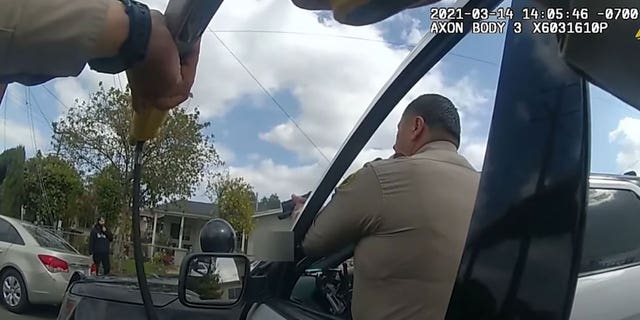 “I think he just had too much of it,” she says. “Or something with it that made him go overboard but he’s had a history of abuse with it.”

“He’s also talked about suicide by cop so I am afraid for that,” the woman adds.

Body camera video shows that one deputy ordered Ordaz to step out of the car. Ordaz was holding a knife to his side in his right hand, and the deputy began ordering him at gunpoint to drop the knife. Ordaz refused and told deputies to shoot him.

“We’re not here to shoot you dude. We’re trying to help you out,” one deputy is heard saying.

“Why are you upset today,” another deputy asks. Ordaz responds, “because you won’t f***in’ shoot.”

“It doesn’t have to be like this,” a deputy says. “Put the knife down. Talk to us. We’ll get you some help.”

Ordaz moves from where he was standing in the street by the front driver’s side of his car to on the sidewalk in front of his residence where several family members gathered in the front yard. Deputies repeatedly yell for the family members to go inside.

A sergeant who arrived on scene assigned stun bag shotguns to two deputies and directed the unit to make an additional request for a mental evaluation team. Ordaz asked if a “ghetto bird,” slang for a police helicopter, was coming and said he also wanted Channel 4 News on the scene.

As Ordaz came closer to deputies, two deputies fired less-lethal stun bag rounds at him, the sheriff’s department said. He reared back from the impact and then immediately stepped toward the deputies when a deputy-involved shooting occurred, according to the department’s narration of the video.

Several gunshots can be heard in the video.

The family’s lawsuit alleges that the gunfire stopped briefly, and several seconds later as Ordaz was lying “helpless” on the sidewalk, “looking up from the pavement without any weapon,” one of the deputies fired a final “killing shot” to his chest,” the Los Angeles Times reported.

Once the sheriff’s department completes its investigation, it will be submitted to the Los Angeles County District Attorney’s Justice System Integrity Division, which will conduct their own independent review to determine the legality of the shooting, Villanueva said. The investigation will also be shared with Los Angeles FBI Field Office.