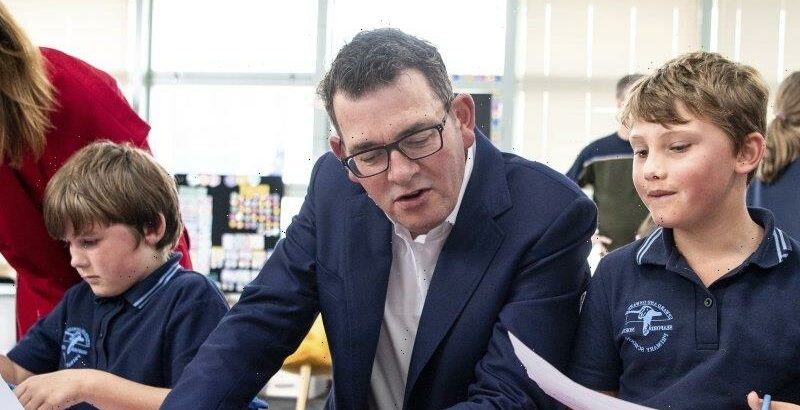 The school building promise, made one month and two days before the state election, is overwhelmingly targeted at Melbourne’s fastest growing outer suburbs. 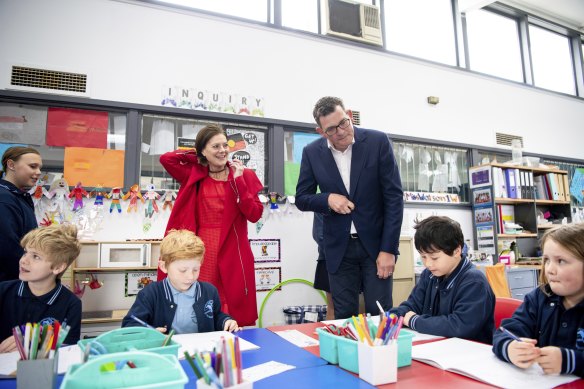 Eight of the planned new schools will be built in the outer south-east, six in the outer west and seven in the north.

One will be built in inner suburban Fishermans Bend, two near Geelong and one near Wodonga.

In building the 25 new schools, Labor said it will meet its commitment to open 100 new government schools between 2019 and 2026.

Wherever possible, a new kindergarten will be built on the same site as each planned new primary school, the government said.

The pledge to build a new kindergarten “wherever possible” is less absolute than a promise Labor made in 2019 that “every new Victorian primary school being built from 2021 will have a kindergarten on-site or next door”.

Four-year old kindergarten is being transformed from 15 hours a week of play-based education to a universal 30 hours of “pre-prep”.

Premier Daniel Andrews made the election pledge on Monday at Seaford North Primary School, one of 89 schools that would share in up to $850 million for upgrades.

“We want every Victorian child to have the best start in life – but you can’t get a first-rate education in a second-rate classroom,” Andrews said. “That’s why we’re delivering great local schools for every Victorian family.”

Also on Monday, the Victorian Greens released new figures revealing it would cost an extra $1.46 billion for Victoria to fund government schools to 75 per cent of the schooling resource standard.

The standard was calculated by businessman David Gonski as a measure of the cost of meeting the educational needs of each child.

Victorian public schools remain among the lowest funded per student in Australia, but the Andrews government has previously committed to increase its share of funding to 75 per cent of the standard by 2029.

The Commonwealth government has agreed to pay 20 per cent, meaning there is still no commitment to fully fund public schools in Victoria.

The funding agreement is due for negotiation next year.

The Greens’ costing, calculated by the Parliamentary Budget Office, shows it would cost $1.46 billion over the next five years to raise Victoria’s share to 75 per cent, starting next year.

Party education spokesman Sam Hibbins said the Greens would push state and federal governments to increase their share so that Victorian schools are fully funded.

“Every family should have access to a high quality, genuinely free, local public school,” Hibbins said.

“But parents are having to pay thousands while the state and federal governments leave Victorian schools as some of the lowest funded schools in the country.”