Corbyn’s Labour Party faces racking up losses of over £600,000 after they only sell 1,800 tickets to their Glastonbury-style festival in London

The Labour Party faces losing a staggering £600,000 on their ‘leftie Glastonbury’ festival as they have only sold a fraction of the tickets up for grabs.

Jeremy Corbyn is putting on the Labour Live Festival next month where he will speak alongside sets by The Magic Numbers and The Voice winner Jermain Jackman.

Laying on such a large one day festival – including hiring the site, security, stage and music systems – costs an estimated £673,076, according to analysis by MailOnline. 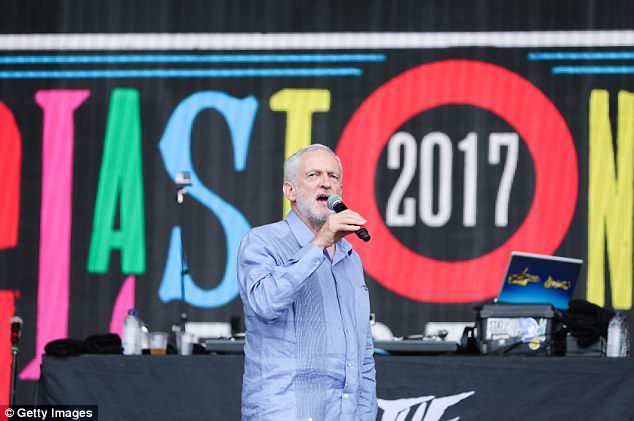 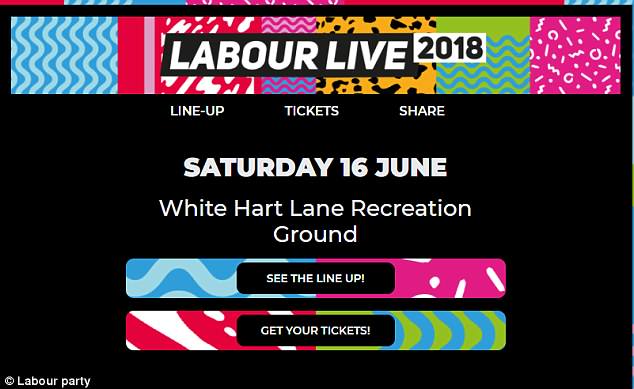 Party bosses have launched a last-minute publicity blitz to sell tickets to the festival, which is at White Hart Lane Rec in Tottenham, north London, on June 16.

They have been sending out a pleading email to Labour MPs to plug the event on their Twitter accounts.

How the costs of the Labour Live festival break down

MailOnline has analysed what costs might be involved in putting on the event.

Here is how they break down.

Labour MPs including Tracy Brabin and Eleanor Smith have both posted about the festival in recent days and urged their followers ‘not to miss out’ and ‘make sure you are there’.

Steve Heap, general secretary of the Association of Festival Organisers (AFO), told MailOnline: ‘It’s an unusual event, it’s not your standard festival. I can see why they are doing it and good luck to them, but it is an unusual one.

‘If they ave got absolutely nothing in the field before they start then to put up stages, PA lighting, fencing,security, catering etc they are going to be looking at spending probably £300,000 to £400,000.’

And the party will have to spend an estimated £273,076 on hiring the venue and fees to Haringey Council.

But Mr Heap said the party should not panic that it will actually incur the heavy losses just yet as most festival goers buy their tickets quite late.

He said: ‘People buy very late. In the last four weeks, as long as they hit social media very hard, they will sell them.

‘People buy very late for festivals these days. One or two of the big festivals sell out very quickly,  but there are over 1,000 festivals in the UK and most of them sell relatively late.

‘They sell 30 to 50 per cent relatively early for those people used to going to that event and like it, but they sell quite late for the ‘walk up’ buyer. 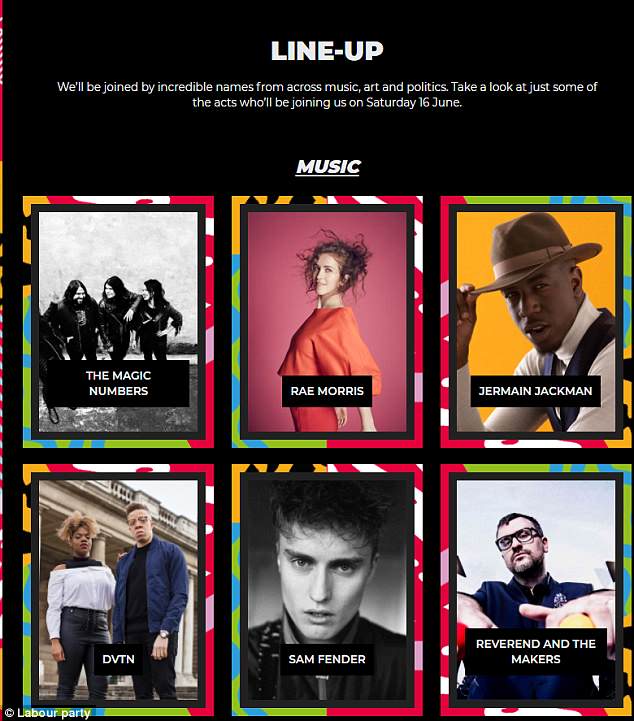 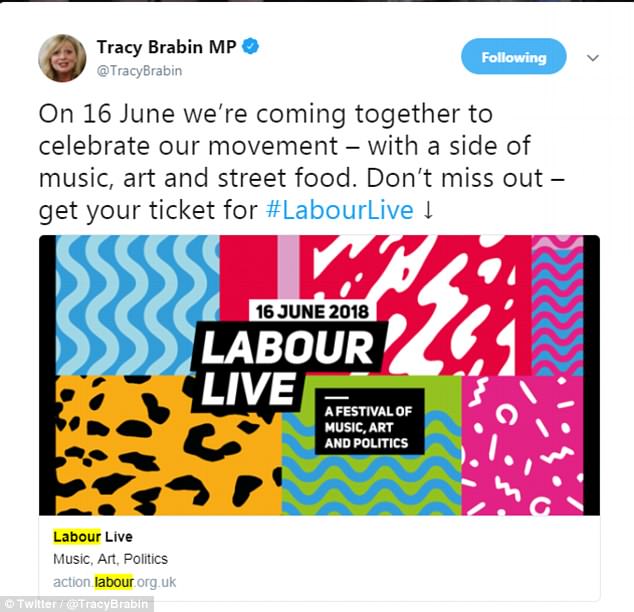 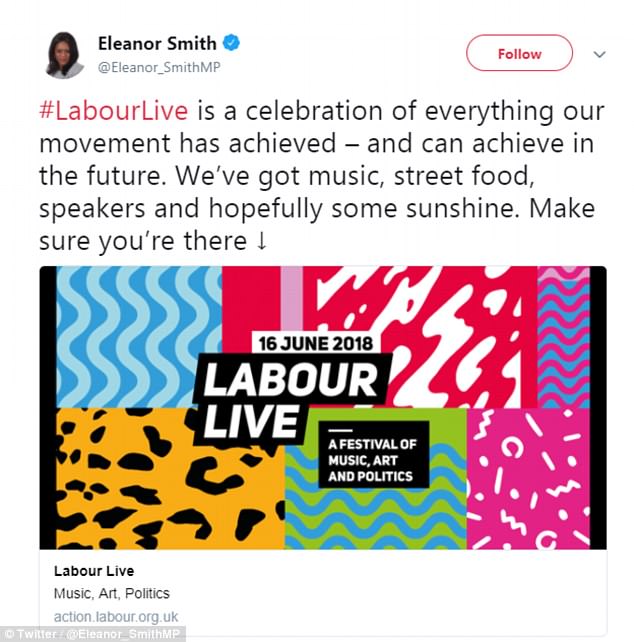 Several Labour MPs, including Eleanor Smith, heeded the pleas of party bosses and sent out tweets plugging the event

‘With a good but of marketing they will probably sell the 20,000, they just need to push it hard on social media.’

‘One would expect now they are getting out to especially the London and south east membership letting people know where it is.’

Another industry source said Labour faces losses of around £500,000 if they do not sell more tickets.

And bands including DVTN, Reverend and the Makers and Rae Morris are due to play.

A Labour spokesman said: ‘Labour Live will be a festival of music, art and politics. It is a fun-packed day out for the whole family and we encourage everyone to take part.

‘Ticket sales have been positive, and we are offering free tickets to under-14s.

‘We look forward to hosting Labour Live with our supporters and everyone from the local community.’