Betting shop workers on the private social media page often use the forum to moan about their work – but some have been taking it a step further in recent weeks. 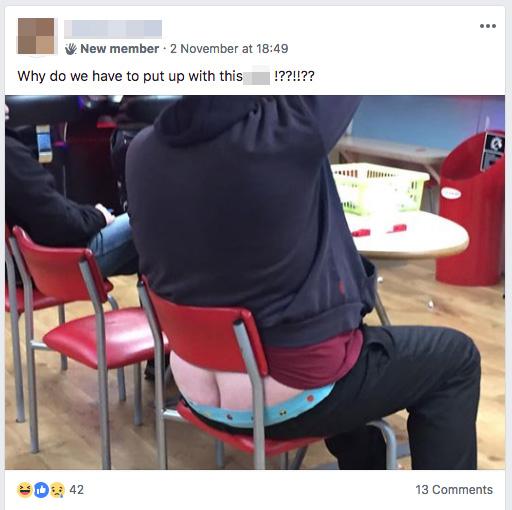 One worker has been sharing pictures of a customer with his bum exposed, while also naming him as other workers pile in with insults.

They then later sent another picture of the customer the next day, again with their bum exposed.

"I can't deal with this on a daily basis", they wrote. 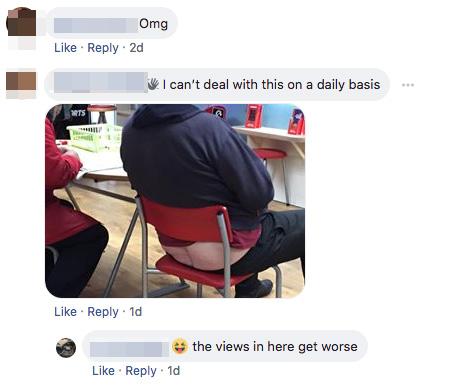 And fellow workers piled in with jokes mocking the man.

One wrote: "What am I missing, glad I'm off today."

Another posted: "Stop it you're cracking me up."

A third said: "The views in here get worse." 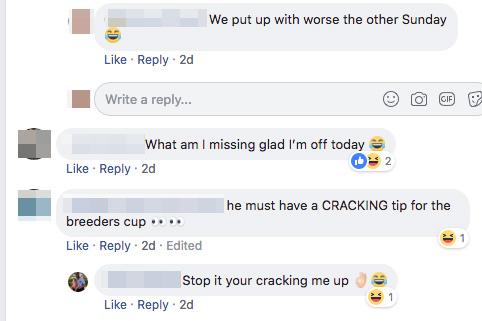 A source told The Sun Online: “This is out of order.

“I know people need to blow of steam now and then but this is just unprofessional and picking on the people who pay your wages.

“If a customer is being aggressive or something like that then go ahead and name and shame them. But taking pictures of your normal customers to make fun of them isn’t on, it’s just bullying plain and simple.”

A spokesman for Ladbrokes confirmed that the matter was being investigated when approached by The Sun Online for comment.

Last week a raging punter was seen destroying a Ladbrokes after claiming to have lost his £10 winning slip.

The incident, filmed by terrified workers at the Chiswick, West London branch of the national bookies, saw the man grab a chair and use it to smash the shop.