Ollie Ferguson, eight, and Harry, six, launched the £40 Playmobil pirate ship after helping dad MacNeill fill it with polystyrene and foam to keep it buoyant. 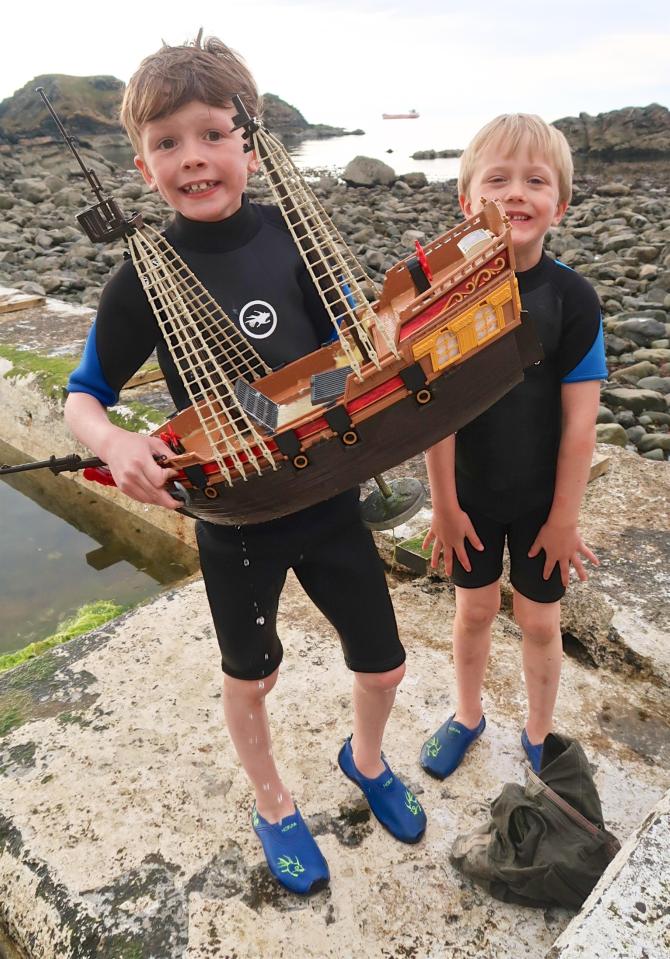 An onboard tracker shows it has survived waves of up to 65ft and is now approaching the Caribbean.

MacNeill, 44, said: “It’s hard to believe a little toy boat could make it so far. 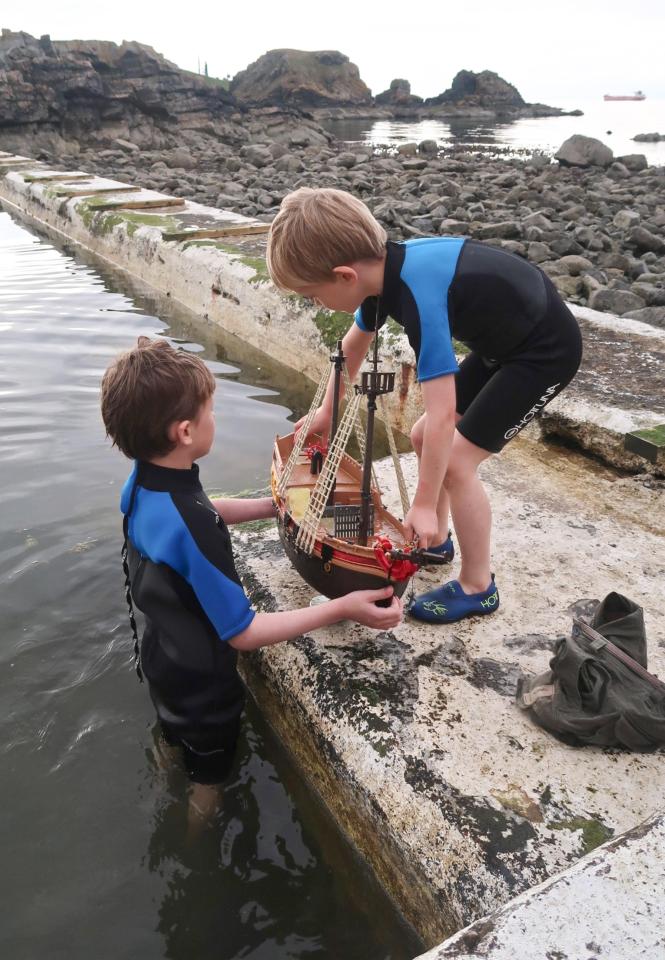 “The data has shown her reaching speeds of one knot and heights of 20 metres which shows what rough weather she’s been through.”

The family, from Turriff in Aberdeenshire, first released the boat they dubbed Adventure into the North Sea at Peterhead in May 2017.

It was spotted 390 miles away in Denmark before making it to Norway. 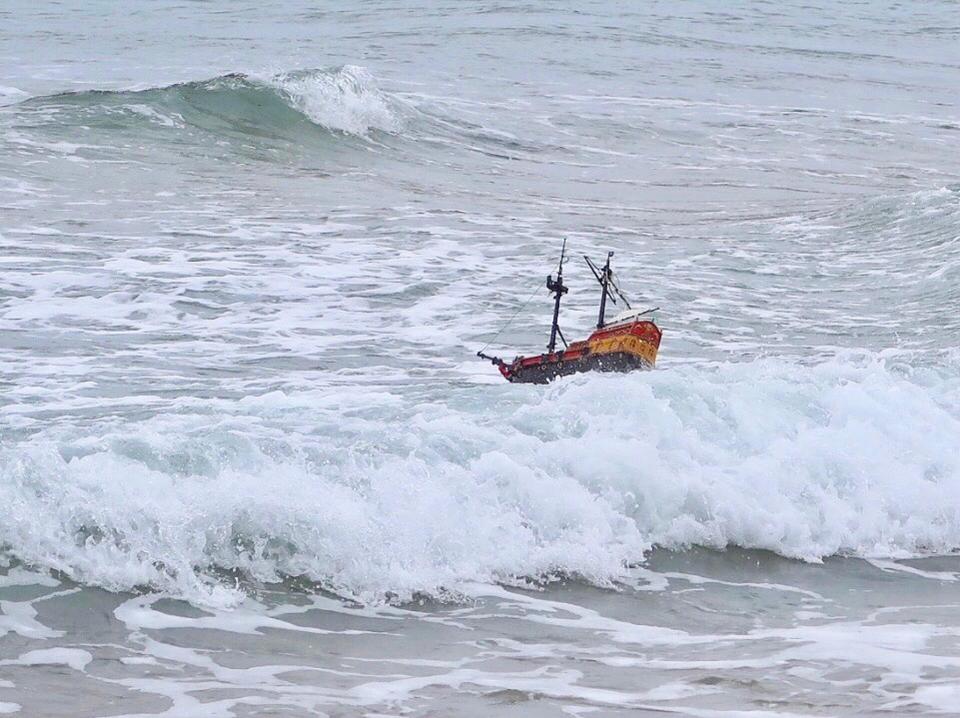 There the crew of the full-rigged ship Christian Radich offered to take it 3,000 miles before returning it to the sea.

It was fitted with the tracker provided by an Aberdeen-based oil and gas firm and began its epic journey on November 8, 100 miles off the coast of Mauritania, west Africa. 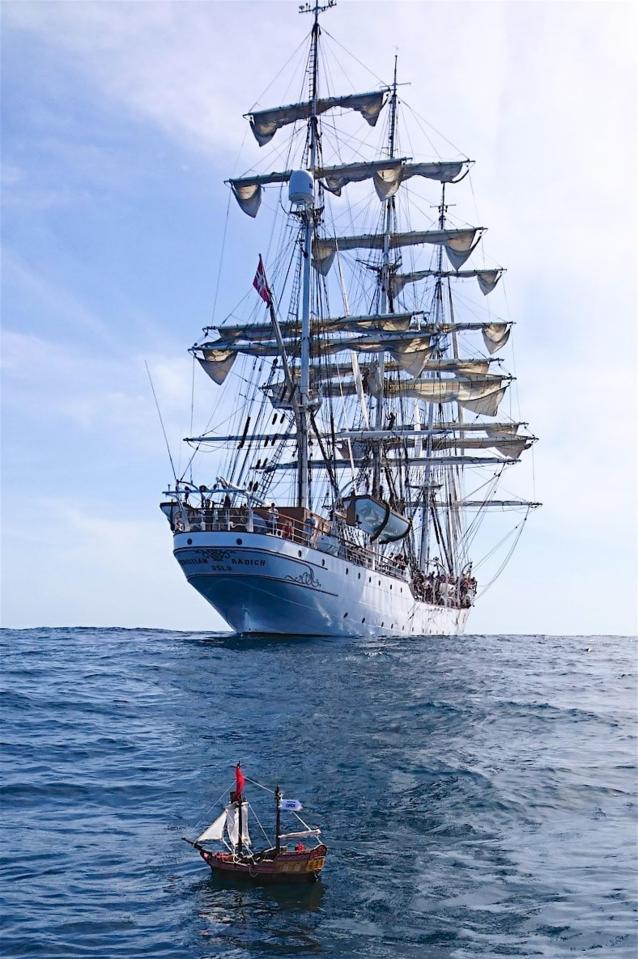 It got within 100 miles of Guyana in South America before a strong current swept it up towards the Bahamas.

But because that made the voyage longer, MacNeill fears the tracker’s battery might run out. 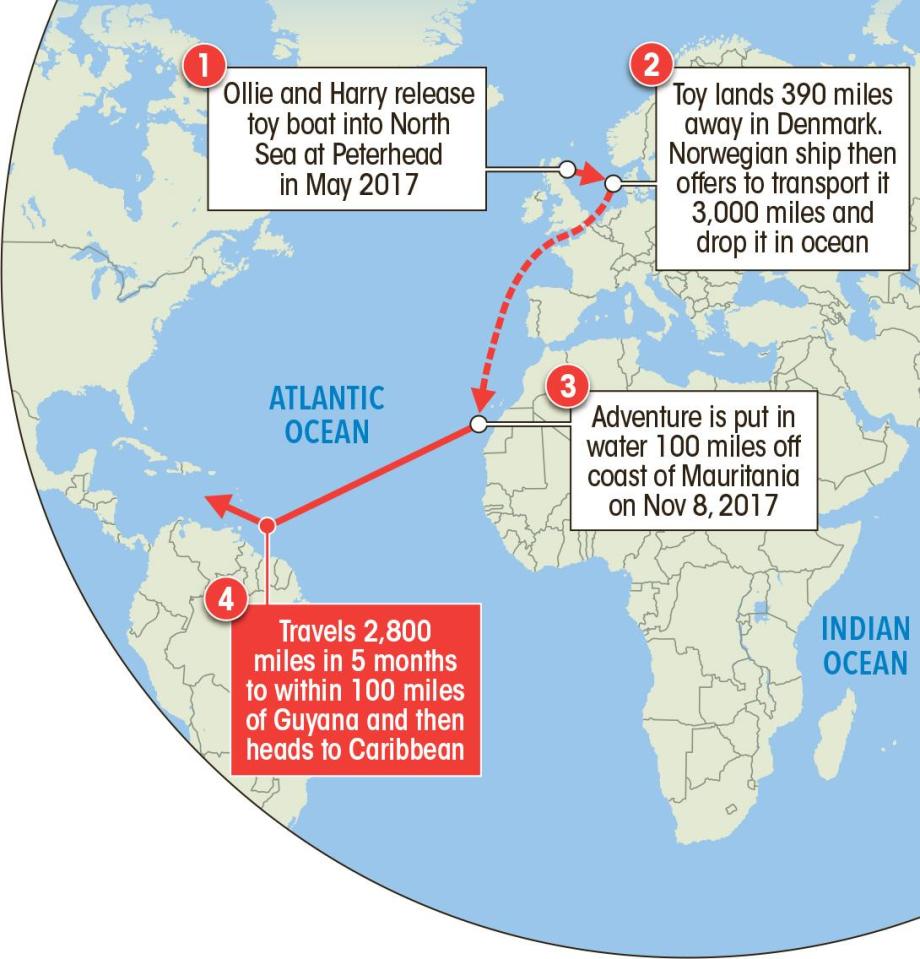 Adventure has already missed several “pings” which update its location on an internet map.

MacNeill said: “We have heard from her again which was a massive relief. 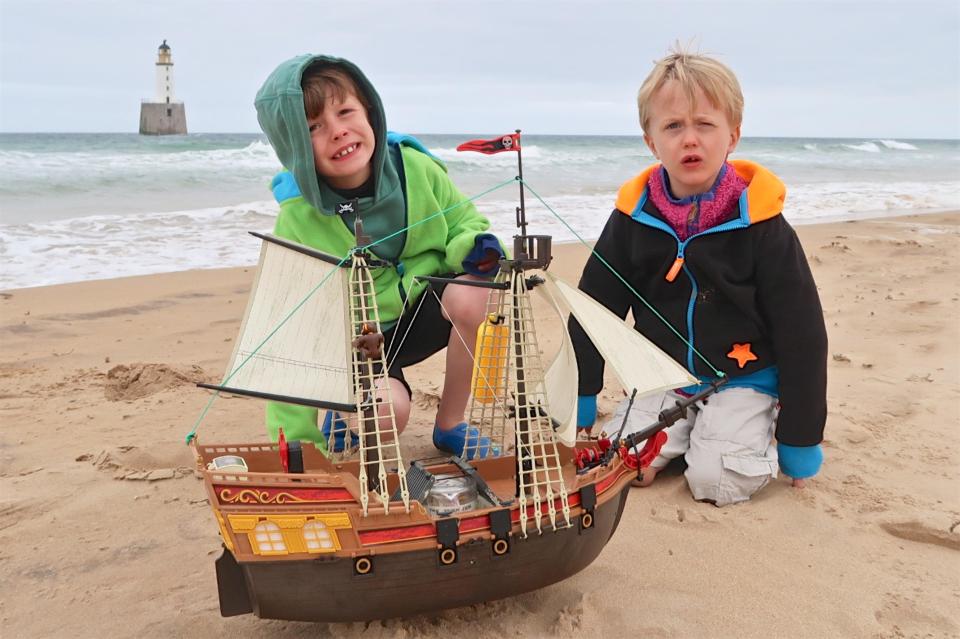 "When we thought we had lost her, the boys were heartbroken.

“Now she’s getting to the end of the journey the excitement is really building in our house.”

The family put out appeals asking anyone who finds the boat at sea to recharge the tracker.

A Scottish drillship offered to keep an eye out.

MacNeill said: “What we’re really waiting for is for someone to find it when it reaches land and message us to let us know.

"But having the tracker has been so much fun.

"It’s had thousands of views.”

The brothers’ dad, who runs a children’s outdoor company, added: “The boys have learned so much through doing this.

“Not only have they been able to study the weather and how the oceans move, but they’ve found out there are kind people all over the world willing to help them.”