The 2020 MTV Video Music Awards went ahead Sunday, despite coronavirus concerns. And while the show included some fantastic socially distanced performance from Miley Cyrus, BTS, and the Weeknd, no artist of the night better encapsulated and celebrated this bizarre moment in VMAs history than Lady Gaga. The pop diva delivered an epic gas-masked performance in a secret dystopian dungeon, then rocked a series of bespoke couture face masks that were every bit as iconic as — and certainly more socially responsible than — the meat dress she wore to the VMAs a decade ago.

The pop diva reinforced that message with her fashion statements throughout the evening — first appearing on the virtual red carpet wearing a helmet reminiscent of a Moonperson trophy, then swapping that clear sphere for a Pepto-pink Hannibal Lechter look, a pleather shield with prosthetic rhino horns, and finally, a chic and simple LSM (Little Silver Mask). 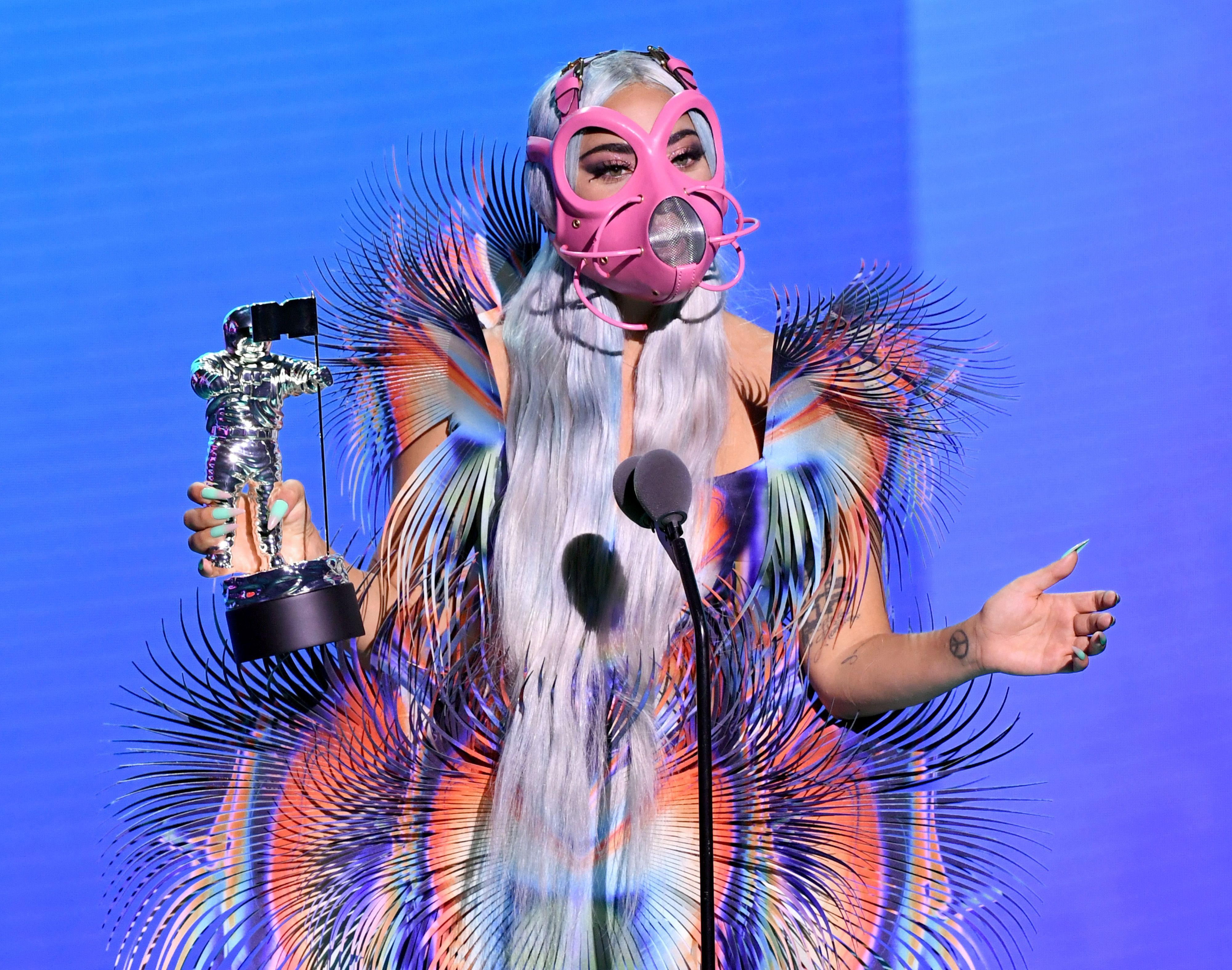 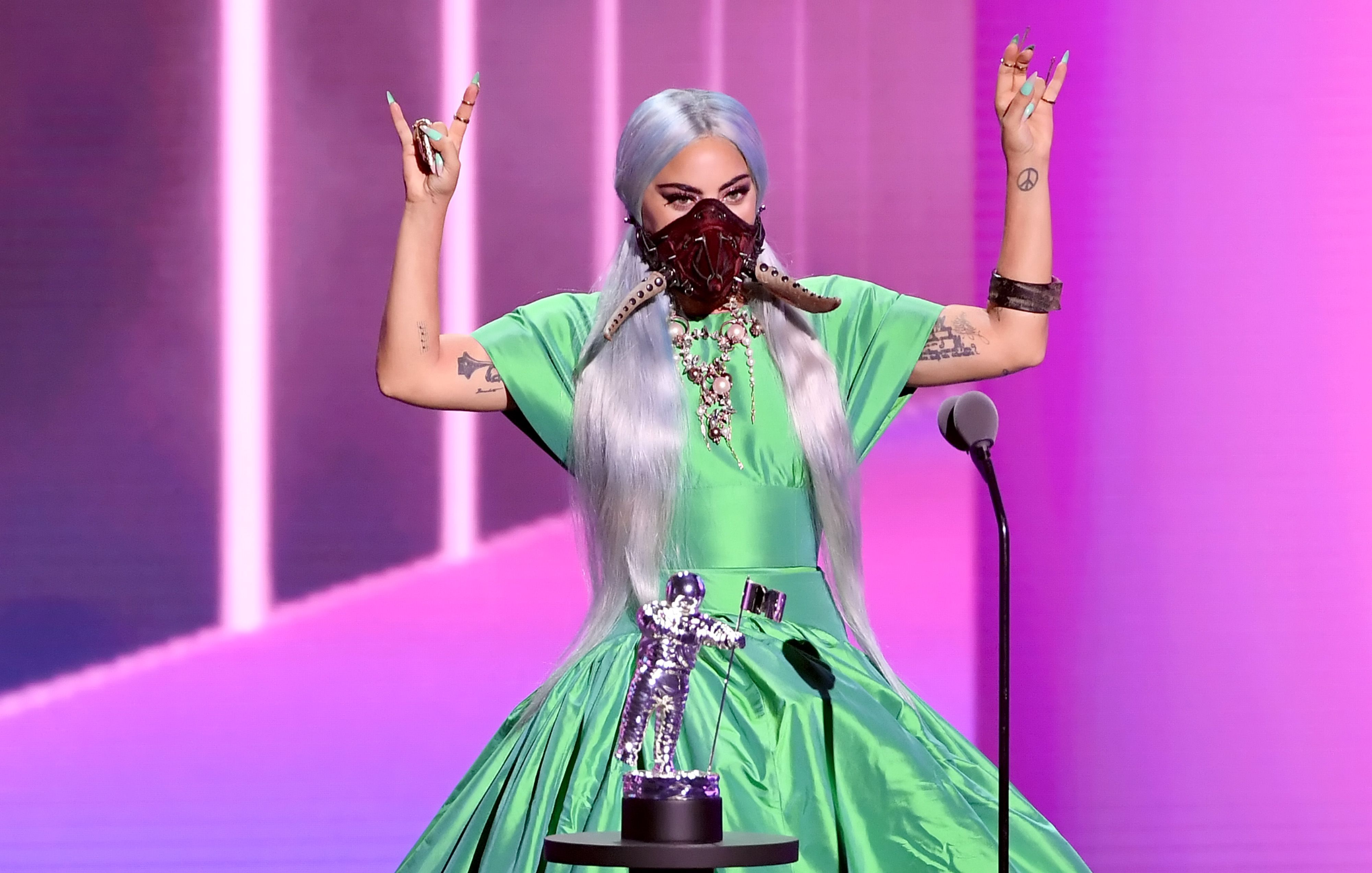 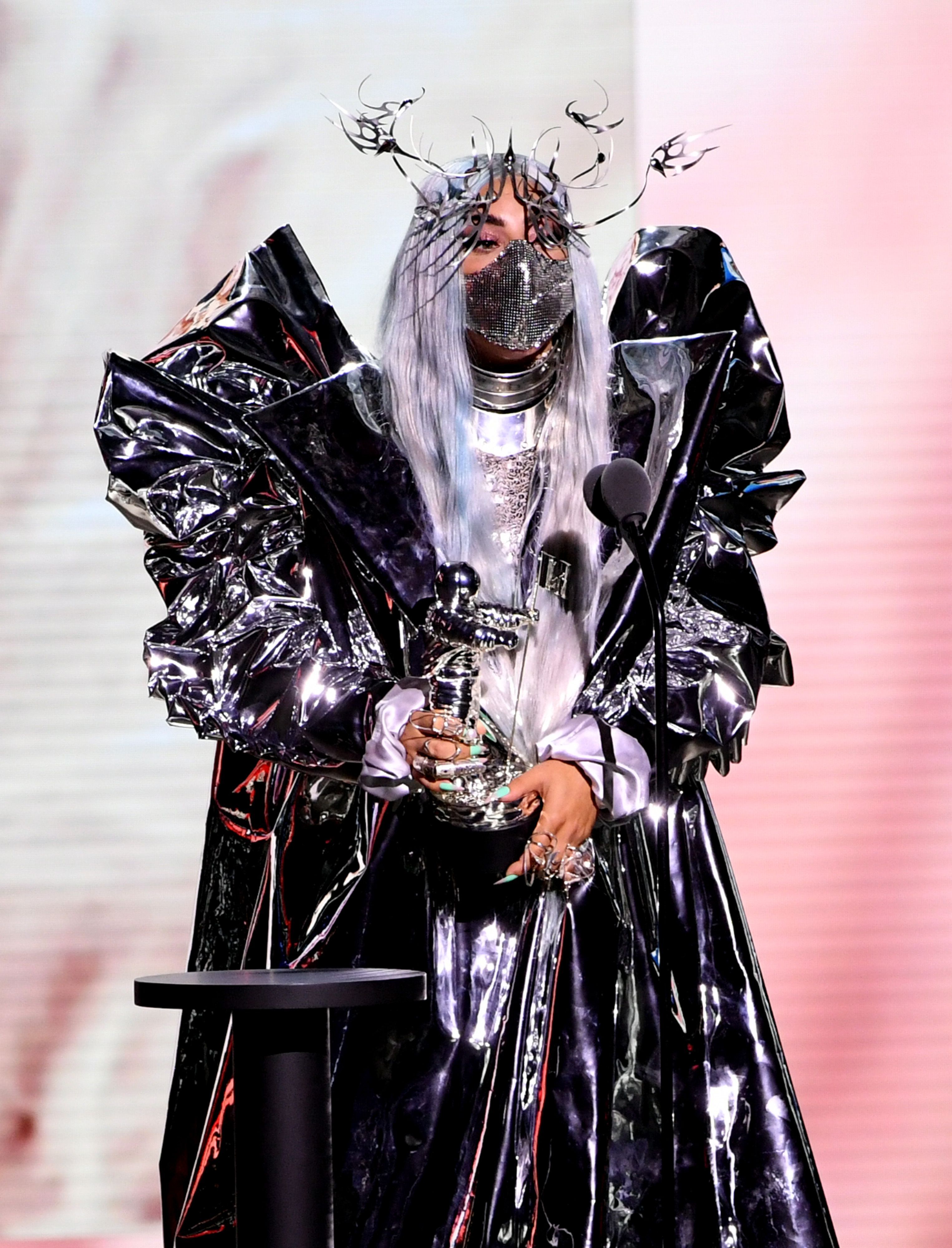 Later, Gaga was given the first-ever Tricon Award recognizing her many achievements in show business. “You can’t just call her a ‘triple threat,’ because her talents and influence seem endless,” said Tricon presenter Bella Hadid. “She turns pop music into high art. She redefines fashion. She’s not only an incredible musician and composer but a powerhouse actor. And she is a bold champion for equality, human rights, and mental health. She is someone who inspires and empowers all of us. Lady Gaga is in a class all her own, and tonight, we celebrate her many gifts.”

When accepting this lifetime achievement honor, the now mesh-metallic-masked Gaga gushed, “This is so cool. This means a lot to me. It means more to me then you probably even realize. I’ve been making music since I was a little girl, even though I had really, really big dreams, I truly never could have imagined that someday I would be given an award like this that honored me for so many of my passions.

“Everybody at home, this is their own form of a Tricon: I wish for you to think right now of three things that define who you are and take a moment to reward yourself. This has not been an easy year for a lot of people. What I see in the world is a massive triumph of courage. I also hope that people at home that have big dreams. I hope they see me here today accepting this award and know how grateful I am. I want you to know that you can do this too. Just because we are separated right now, and culture may feel less alive in some ways, I know a renaissance is coming. The wrath of pop culture will inspire you and the rage of art will empower you as it responds to hardship with its generosity and love. This is what I believe. I want nothing more than to be your artist in 2020. It’s a total privilege. I love you. Stay safe. Speak your mind. 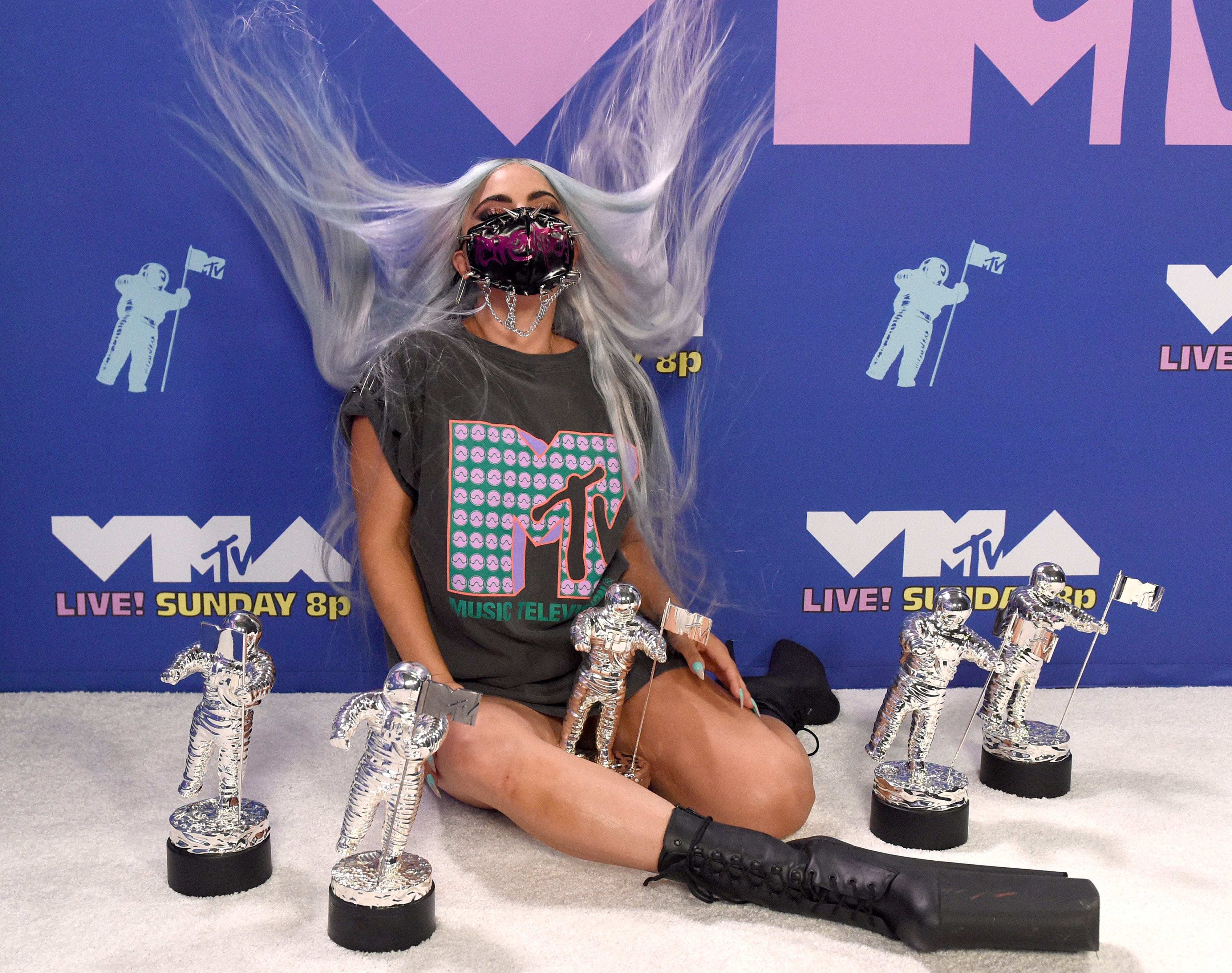 While the Weeknd’s “Blinding Lights” won for Video of the Year, Gaga was the ceremony’s overall MVP. Not only did she win the Tricon Award, but she took home trophies for Song of the Year, Best Collaboration, and Best Cinematography for “Rain on Me,” and she was named Artist of the Year. For a full list of 2020 VMAs winners, click here.