A storm brought heavy rain and some snow to parts of the Northeast on Friday.

Meanwhile, colder air is bringing some snow to parts of the interior Northeast with snowfall reports of 3 to 4 inches in some of the elevated areas north and west of Albany, New York.

As the storm departs Saturday morning, winds will strengthen behind it and move toward the Northeast. Winds could be particular gusty in parts of New York and New England, up to 50 mph in northern New York and Massachusetts, including Boston and Cape Cod. 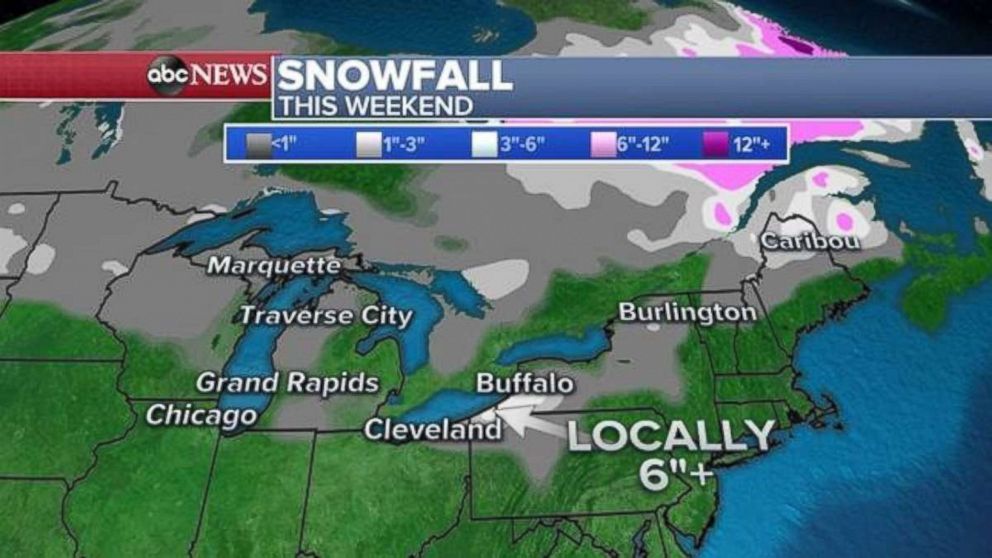 The strong winds moving over the relatively warm Great Lakes are bringing lake effect snow to parts of Michigan, Ohio, Pennsylvania and New York on Saturday morning. Most accumulation should remain rather light. However, the heaviest snow bands are expected in northwest Pennsylvania and extreme southwest New York. Locally, 6 inches or more could fall in a region from Erie, Pennsylvania, to the southern suburbs of Buffalo, New York.

Ongoing lake effect snow squalls could cause drastic drops in visibility, with gusty winds of 30 to 40 mph.

Behind these storms is a blast of cold air. It will feel like winter across the central U.S., and into parts of the Northeast. Wind chills will be in the single digits for parts of the upper Midwest Saturday morning, including Chicago, with a wind chill of 9 degrees. 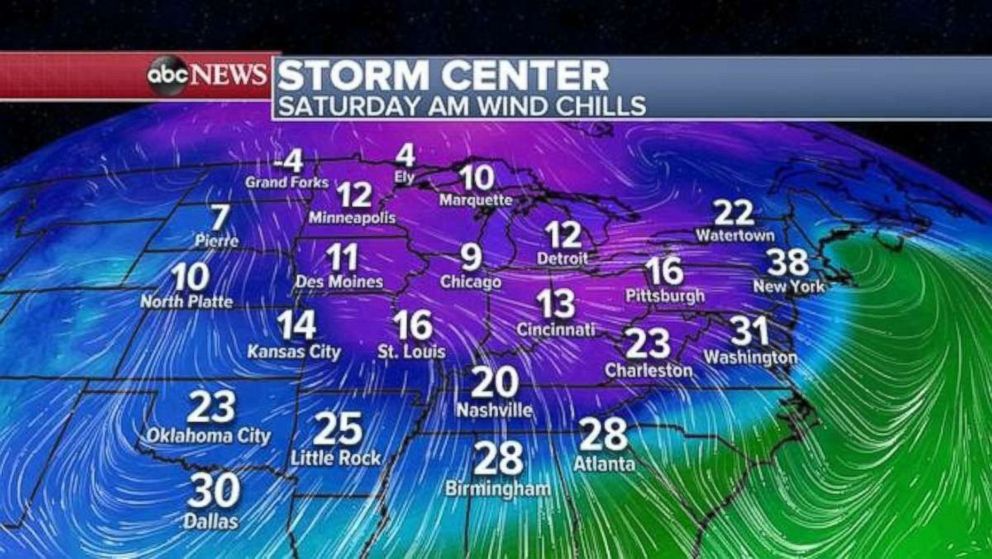 Some of this cold air expands into the Northeast on Sunday morning with wind chills in the 20s for the major I-95 cities, and in the teens for the interior Northeast.

And another cold blast looks to be in the forecast in the upcoming week. 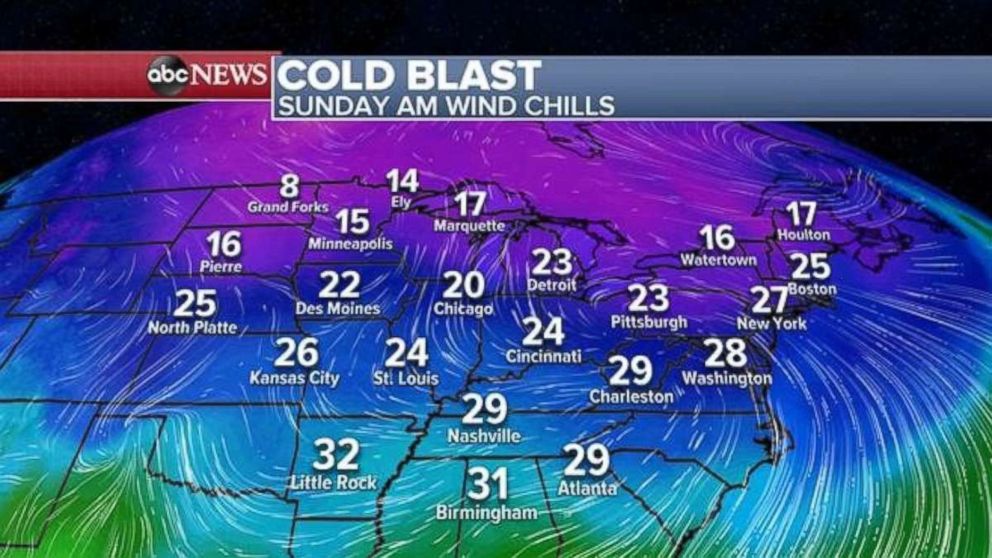