Show-off supercar driver wrecks £250,000 Lamborghini by smashing it into a tree AND a wall when he loses control on a narrow London street

A driver showing off his £250,000 sports car to a crowd of admirers lost control and smashed into a tree and a brick wall.

Spectators watched in horror as the Huracan Performante spun out of control, mounted the curb and crashed into the tree, before sliding into a brick wall in west London.

It is believed the driver escaped unharmed after he slammed into the wall, obliterating his grey supercar, and he was later seen in tears. 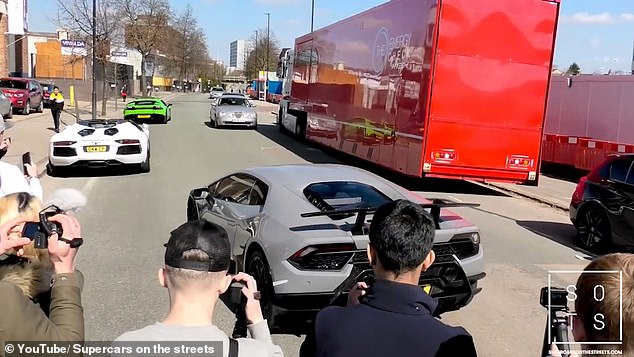 A supercar Lamborghini receives a lot of attention at a supercar event in Acton, west London on Sunday, with onlookers filming the £250,000 model 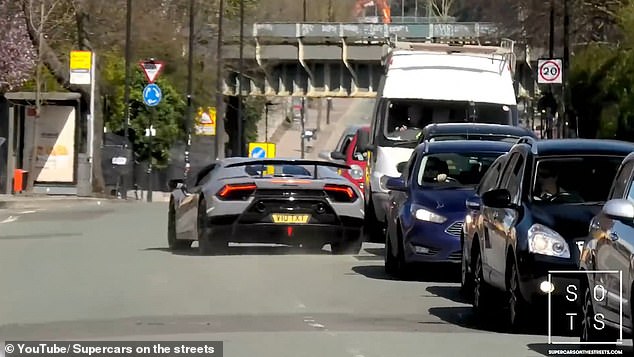 The driver’s costly mistake happened after the HR Owen Supercar event in Acton in London which the car appeared at yesterday.

The Huracan Performante pulls up in front of a crowd of spectators who have their phones pointed at the supercar.

The driver then makes the most of the Lamborghini’s impressive acceleration by speeding off down the road as onlookers admire the engine’s roar.

But he quickly loses control as the car starts to swerve towards stationary traffic before it veers wildly to the left as the driver tries to overcorrect.

The supercar spins into a tree and smashes into a brick wall in a high speed crash.

The crowd rush to the car, still filming with their phones as they see the extent of the damage to the car. 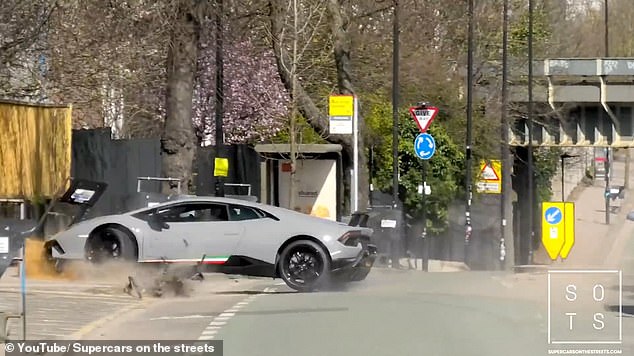 It spins into a tree and then smashes into a brick wall, severely damaging the £250,000 supercar 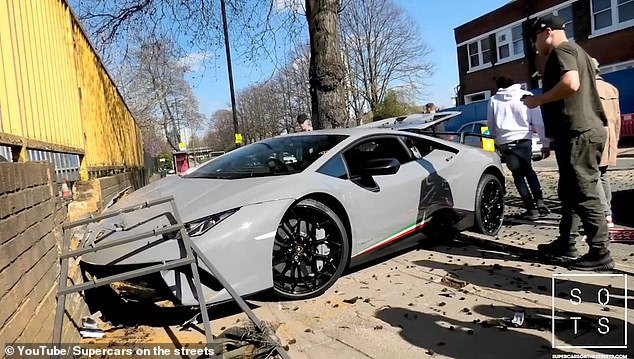 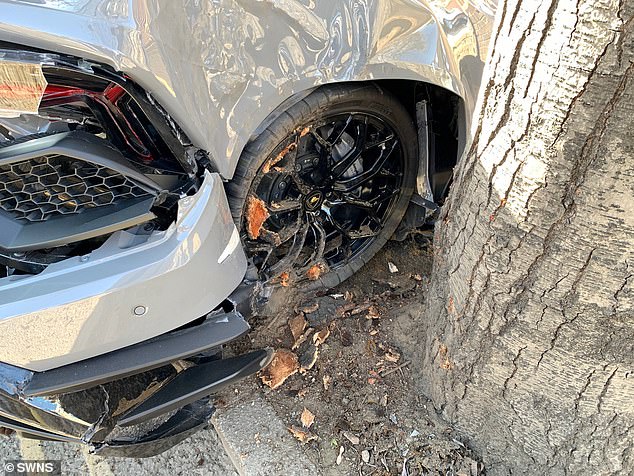 The bonnet was crushed and the boot was completely obliterated after he slammed into a tree, which looks liked it prevented the car from flipping, before spinning into the wall.

Fortunately no pedestrians or spectators were standing in the way of the Lamborghini when it drove into the side of the road despite the scores of enthusiasts watching the supercars.

A spectator, who asked not to be named, heard the crash from a nearby street at around 13.30.

He said: ‘As soon as I heard it, I rushed over to where it happened.

‘The drivers were not participating in drag races, they were just making some noises for the crowd and accelerating away fast.

‘The crowd was loving the cars making noise and driving away fast from the event, but everyone seemed shocked and sad to see the crash.’

A spectator who runs an Instagram account called London.Carspots told The Evening Standard: ‘He was revving and decided to do a launch control, at which point he lost control because of his cold tyres.

‘He hit the tree, went up the kerb and hit the wall.

‘I’m pretty sure he was crying when he got out, it was easily a write-off.’ 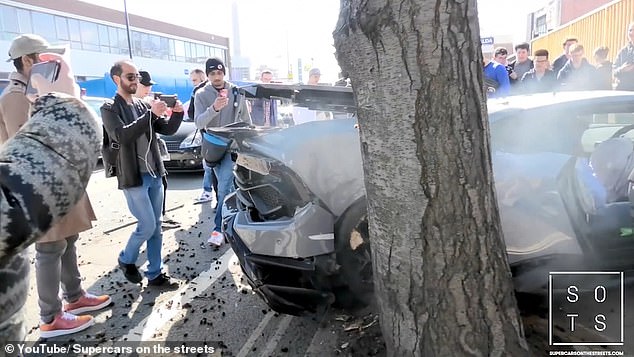 The bonnet of the car was crushed by the wall and the rear smashed into a tree, causing serious damage 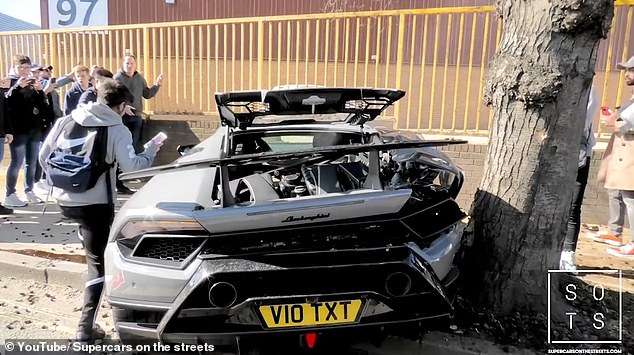 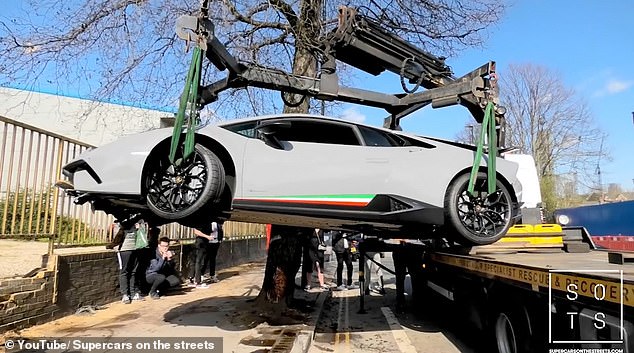 Spectators watched in shock as the mangled car, which is one of the world’s fastest production cars, was lifted onto a recovery vehicle.

The video was posted on Youtube by Supercars on the Streets and has already attracted nearly 200,000 views.

Event organisers HR Owen said: ‘We are concerned to hear about the accident which happened to the car on its way home after it had left the event.

‘HR Owen takes safety extremely seriously and puts in place every possible precaution, with the event itself on Sunday being fully risk assessed and coordinated with the police.’