A Lamborghini Huracan that was donated to Pope Francis has sold for £615,000 – almost four times the supercar’s usual asking price.

The white and gold vehicle, which was blessed and signed by the pontiff, was listed in ‘as-new condition’ having remained in storage since it was given to him in November last year.

All proceeds from the sale, which took place at RM Sotheby’s Monte Carlo auction at the weekend, will now be split between charitable causes. 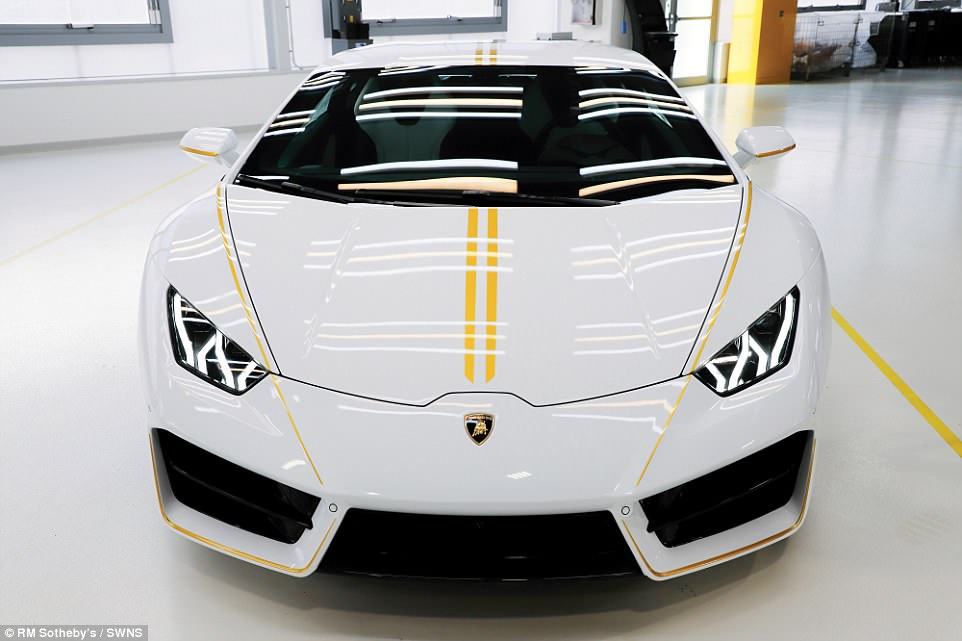 A Lamborghini Huracan blessed and signed by Pope Francis has sold for £615,000 at auction – more than four times the car’s typical value – after being donated to the pontiff last year 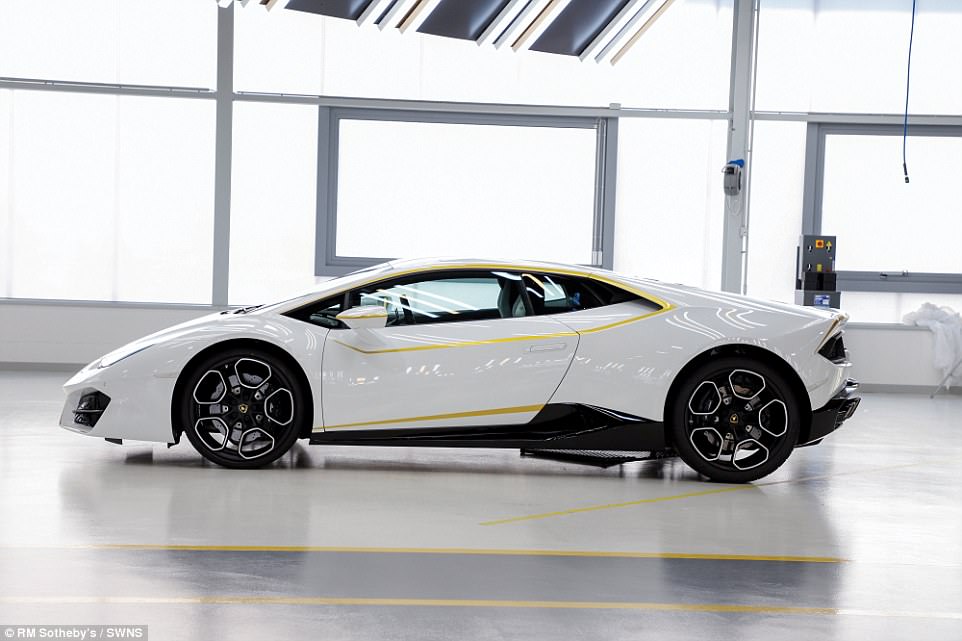 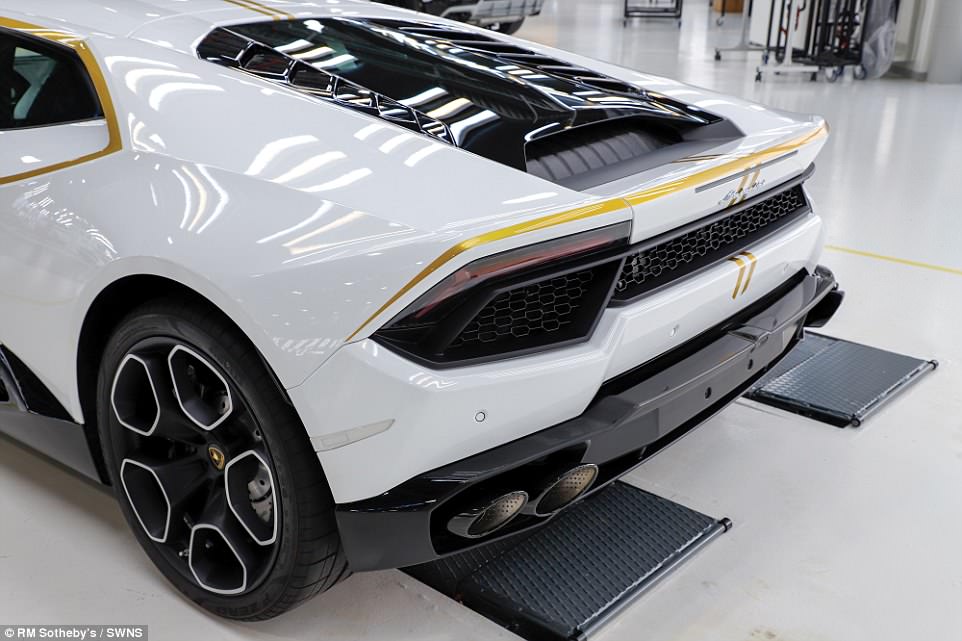 Sotheby’s, which handled the auction, listed the car in ‘as-new condition’ because it has been in storage since being gifted to the Pope in November 2017

The Iraqi city of Nineveh, which was besieged by ISIS, will get £430,000 from the sale, with the aim being to allow displaced Christians to return home.

The remaining £185,000 will be gifted to two charities, one of which provides support for human trafficking victims while the other provides medical aid in Africa.

The Lamborghini was finished in Bianco Monocerus white paint contrasted by Giallo Tiberino stripes and detailing in homage to the colours of the flag of Vatican City.

It has been fitted with 20-inch alloy wheels and has leather seats. Pope Francis signed the bonnet.

Lamborghini fitted the Huracan with a 5.2-litre V10 engine located behind the driver which generates 570bhp.

It is not the first time Pope Francis has auctioned off an unlikely vehicle for charity. In 2013 he was gifted a Harley Davidson motorcycle which is typically worth £9,500.

But when it was auctioned a year later, having also been blessed and signed by Francis, it went for £240,000. 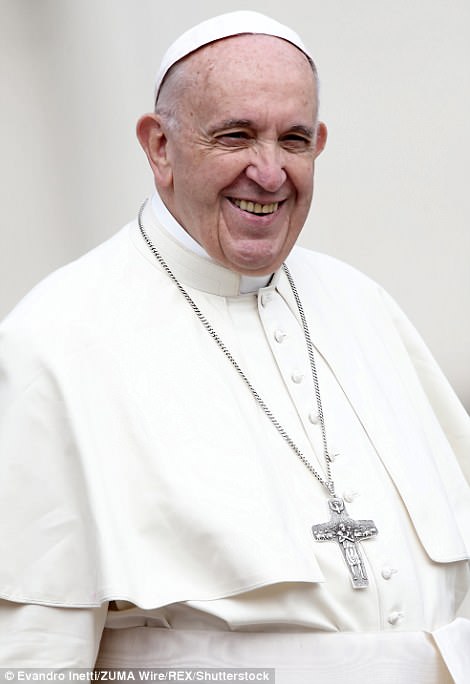 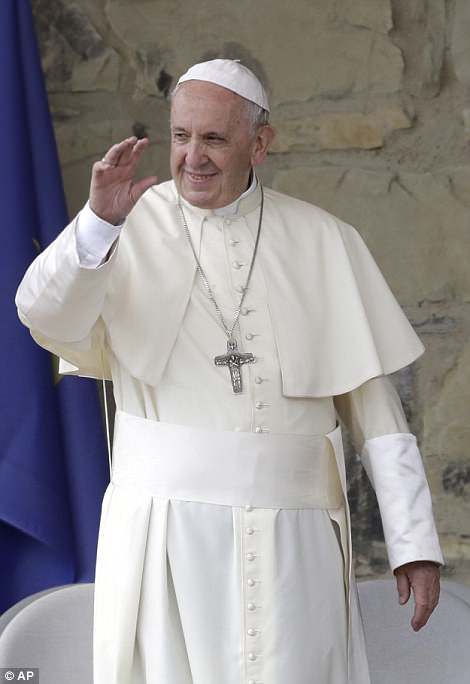 Pope Francis ordered the proceeds of the auction to be split between three causes, with the majority gifted to the town of Nineveh, in Syria, to allow Christians to return there after being driven out by ISIS 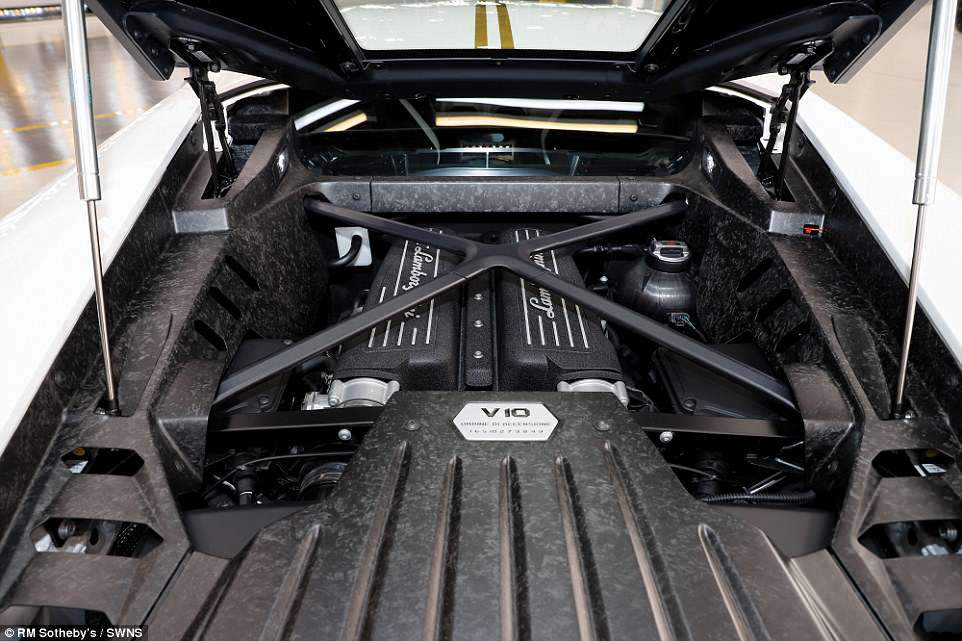 The Huracan is fitted with a 5.2-litre V10 engine located behind the driver which generates 570bhp, giving the car a 0-60mph time of 3.4 seconds and a top speed of 198mph 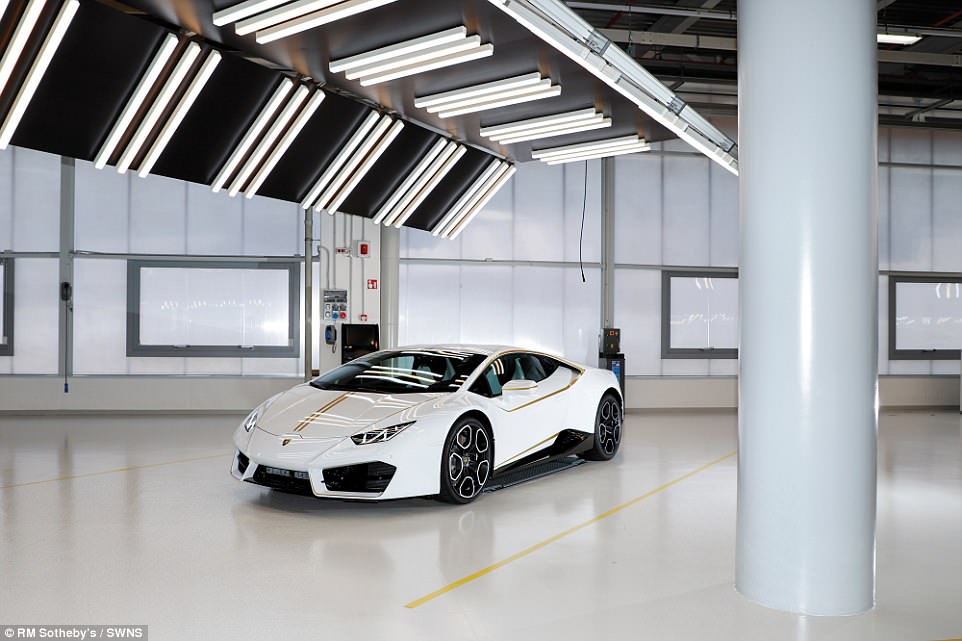 The Lamborghini is not the first vehicle to be auctioned off by the Pope, who also sold a Harley Davidson motorcycle in 2013 for £240,000 – 25 times the asking price