Plans put forward by a Left-wing campaign group to replace council tax with a ‘land value’ levy could cost families more than £10,000 a year

Plans to replace council tax put forward by a Left-wing campaign group could see thousands of families forced to pay more than £10,000 a year.

The Labour Land Campaign (LLC) – which has been praised by Labour leader Jeremy Corbyn and shadow chancellor John McDonnell – wants a new levy based on the value of land a home is built on. 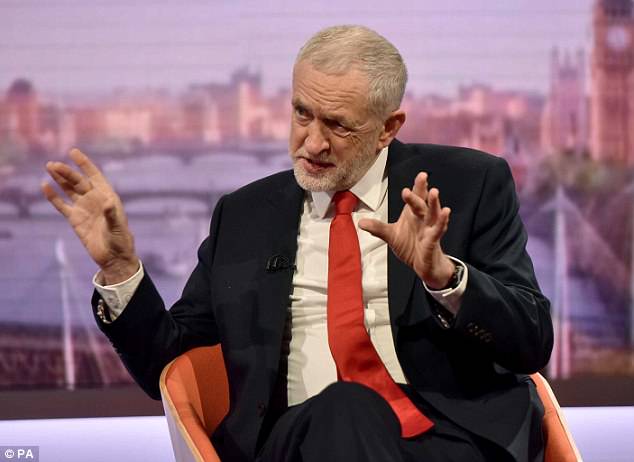 Jeremy Corbyn, who has praised the Labour Land Campaign (LLC) which calls for a new levy based on the value of land a home is built on

LLC suggests charging as much as £96,534 a year for a three-bedroom home in the richest part of London.

Critics warn it would hit London and the South-East the hardest, putting at risk lower-income households and those who bought their ex-council houses at a discount under the right-to-buy scheme.

The LLC is not affiliated to the Labour Party, and a party spokesman said a land value tax was not Labour policy.