Landlord Fergus Wilson, pictured, has evicted four single mothers with newborn children and vowed to kick out any single woman who falls pregnant in one of his properties

One of Britain’s biggest landlords has evicted four single mothers with newborn children and has vowed to do the same to any single women who fall pregnant while living at one of his properties.

Fergus Wilson, 69, has blamed ‘strict’ council rules for his decision, claiming he would face a hefty fine if he failed to fix faulty heating systems within four days in homes where a baby lives.

The 69-year-old multi-millionaire, who is one of the UK’s largest buy-to-let investors along with wife Judith, owns hundreds of properties in Ashford and Maidstone in Kent.

Last year, Mr Wilson sparked a row after trying to ban ‘coloured tenants’ because of the ‘curry smell’ left in the homes when they left.

This week Mr Wilson said he has already ended the tenancies of four single mothers with newborn kids – and added he will evict single women who get pregnant.

Mr Wilson said he is ‘not the bad guy’  and claims the rules of Ashford Borough Council forced his hand.

Mr Wilson said that the council’s new policy on landlords having to fix boilers ‘within four days’ if the tenant is a single mum with a baby, were too restrictive’ and that he couldn’t always get a plumber round within the four day period. 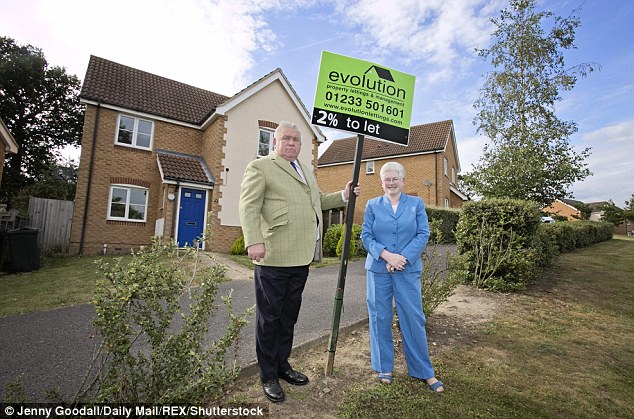 Multi-millionaire Mr Wilson, pictured with wife Judith, said he was ‘forced’ into the evictions over ‘strict’ council rules that could leave him with huge fines should heating systems break down homes in which babies live 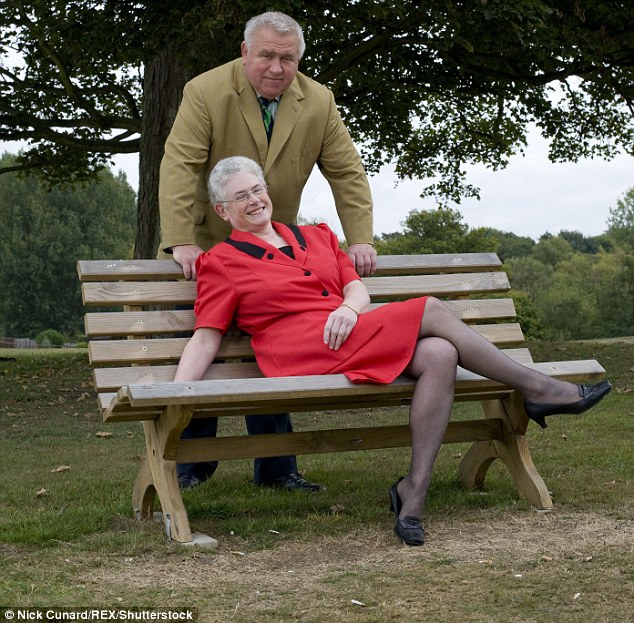 Landlords who miss targets face being fined by the council for breaching tenancy agreements if they don’t stuck to rules in its ’emergency maintenance policy’, which state that homes with newborns should have boilers and heating fixed ‘within four days’.

Mr Wilson said he was giving the evicted single mothers ‘two months’ grace’ to find somewhere else to live.

He told the Kentish Express: ‘I just can’t risk something going wrong and not being able to get a plumber there in time – have you ever tried to get a plumber, there’s a national shortage.’

In a letter to Cllr Gerald White, Ashford Borough Council’s cabinet member for housing, Mr Wilson wrote: ‘It is heart-breaking to terminate the contracts, but we cannot recruit staff and service the tenants.

‘The council has brought this decision on itself.’

He added: ‘If there was a problem with hot water then we cannot get a gas safety engineer in under four days – the council requires the work be done ‘immediately’.

‘We know we will not be able to comply with that expectation so (I) have brought these tenancies to an end.’ Mr Wilson, pictured with his wife, said he was only willing to rent to mothers with children over the age of five because the council rules are more relaxed

He added that he is only willing to take on mothers with children who are over the age of five, as council rules are more relaxed concerning them.

Earlier this month Ashford Borough Council announced that rogue landlords faced fines of up to £30,000 if they ignore their legal responsibilities after adopting new enforcement powers, which can be dealt with by way of civil penalties, rather than through the criminal courts.

Speaking earlier this month, Cllr Gerald White said he was delighted at the new enforcement powers, adding: ‘I’m supportive of the proposed implementation of the civil penalty policy to allow the council to consider imposing fines on landlords who fail to comply with housing law, as an alternative to prosecution.

‘Implementing the policy will hopefully deter landlords from failing in their responsibilities in providing safe homes and ensuring that they comply with the relevant housing law.’

A spokesman for Ashford Borough Council said it only used enforcement action against landlords as a ‘last resort’.

He said: ‘We have duty to ensure decent standards for tenant who are renting privately.

‘We always work with landlords to ensure those standards are met and try to assist them as much as possible. 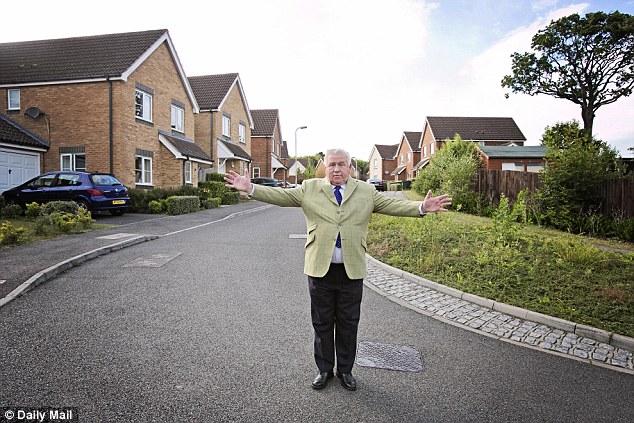 The 69-year-old, pictured, said he was giving the women ‘two months grace’ to find somewhere else to live

‘Formal enforcement action is very much a last resort, but we will take action where necessary.’

Mr Wilson was taken to court by the Equality and Human Rights Commission over his attempts to ‘ban’ Pakistani and Indian tenants and it was ruled unlawful because it was discriminatory.

He was handed a three-year injunction banning him from stopping tenants renting his homes because of their race – and he could be fined or face time in jail if he breaches it.

At the height of the couple’s property empire, the former maths teachers owned just under 1,000 homes – mainly two and three bed properties – worth just under £200million.

Despite selling off around 400 homes in recent times, Mr Wilson and his wife still have a large property portfolio.