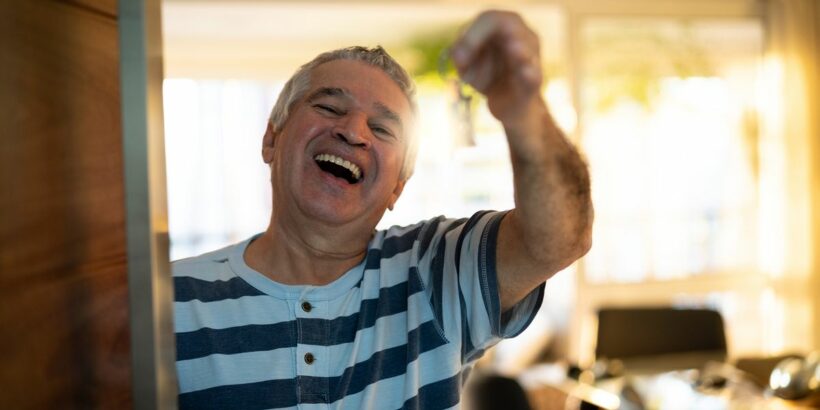 A landlord got social media love from all over the world after sharing the profits from his sale with the tenants who helped him pay the mortgage.

Former tenant Chris Robarge went viral for posting the heartfelt letter and $2,500 (£1,800) cheque he got from his old landlord.

Chris said the landlord thanked him for helping pay the mortgage on the property he was renting, which he'd now sold, The Mirror reported.

In return for all his ex-tenants' rental income the landlord was repaying a slice of the profits from his sale – attaching a beautiful letter in the process.

Chris said the place had a special meaning for him as it was the first place he "had to call home" after getting divorced.

Now it has taken on a whole new emotional value after the kindly landlord sent Chris the lovely letter – and a sizeable cheque.

Chris wrote: "I paid a completely fair amount of money for my accommodations and really enjoyed my time there, and like all rental situations, I figured that was that.

"Yesterday I got this in the mail.

"It's a letter from that person, informing me that they sold their house and that they were paying me and every tenant they ever had for what we contributed to the profit they made from selling the house.

"I have been sitting with this for more than a day and I am still completely beyond an actual way to describe what this act means to me.

Chris also explained the landlord would stay anonymous, but agreed for his ex-tenant to share the post as long as it inspired others to "take kind actions".

In his letter to all his former tenants, the landlord wrote that he was inspired to be so generous by an anti-capitalist stance.

He wrote: "I firmly believe that the capitalist tradition of retaining that money after the sale of a property is exploitative and antithetical to a just society."

But Chris didn't just take the money and run. Quite the opposite.

In an update to the viral post, which now has 10k likes and thousands of shares, Chris listed some of the god causes he was already donating to, including local food bank services and an education charity

The good Samaritan added: "If you can't do what my former landlord did, let this inspire you to give whatever you can spare to someone or someplace that needs it."