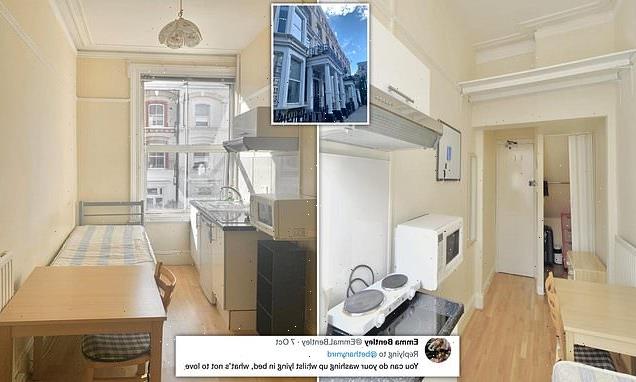 ‘Do your washing up while lying in bed!’ Tiny Kensington flat with sleeping space just inches away from kitchenette stuns flat hunters with £900 a month rental price

A flat so small you can reach the kitchen from the single bed has sparked fury after it was marketed for nearly £11,000 a year.

The single-room apartment has a ‘separate bathroom’.

And there is such limited space the microwave is resting on two brackets coming out of the wall.

The bedsit comes with a small hob, fridge and sink, with storage hidden behind a curtain at the end of the room under a sloped ceiling. 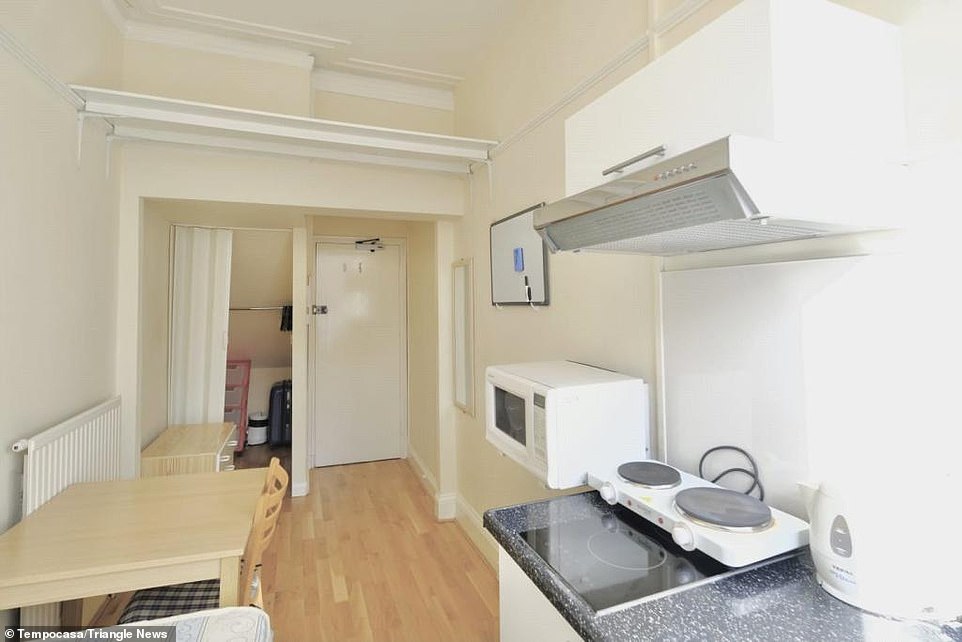 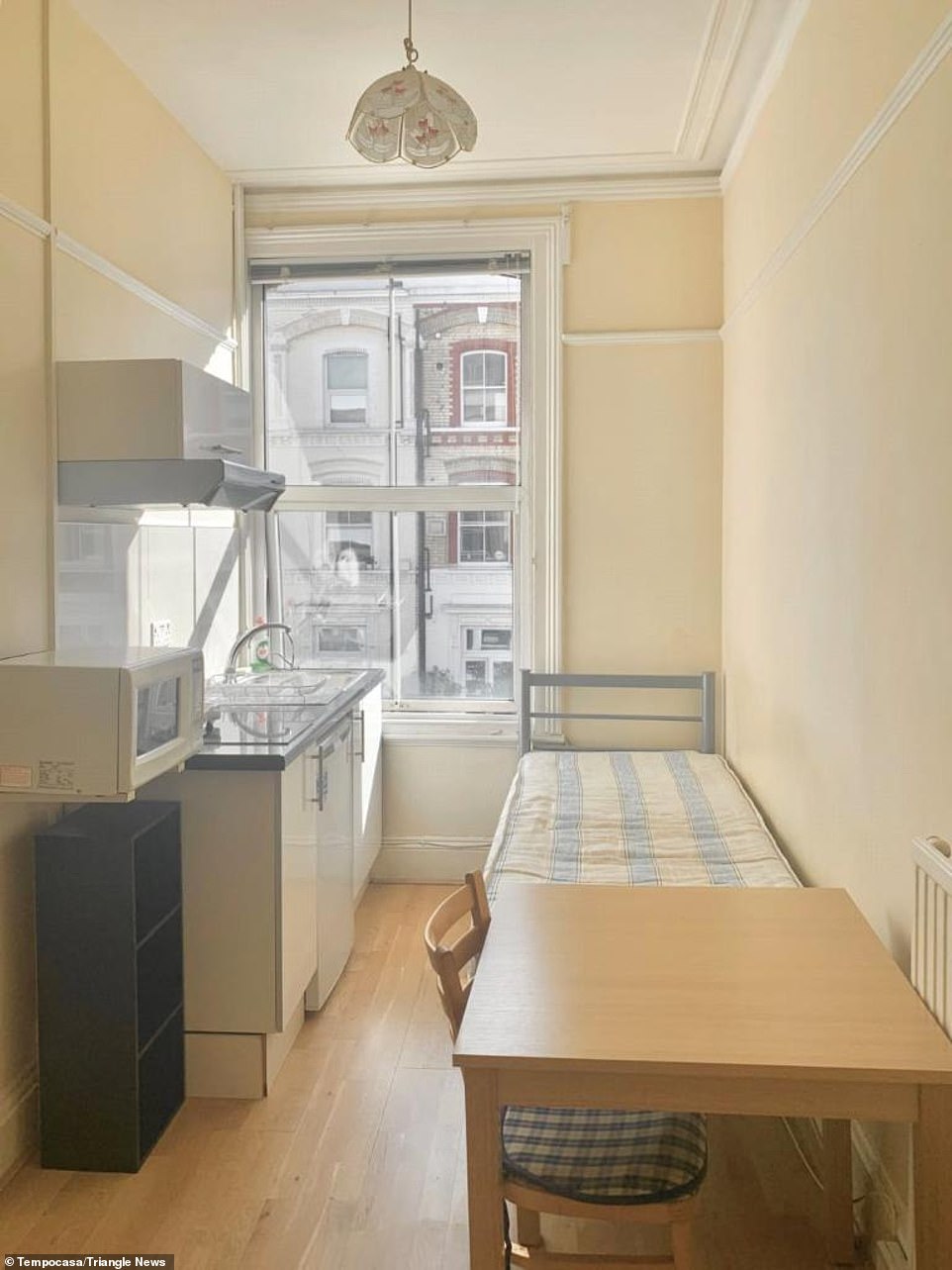 The new tenant will be able to reach the sink from the single bed. The property comes with a small hop and microwave 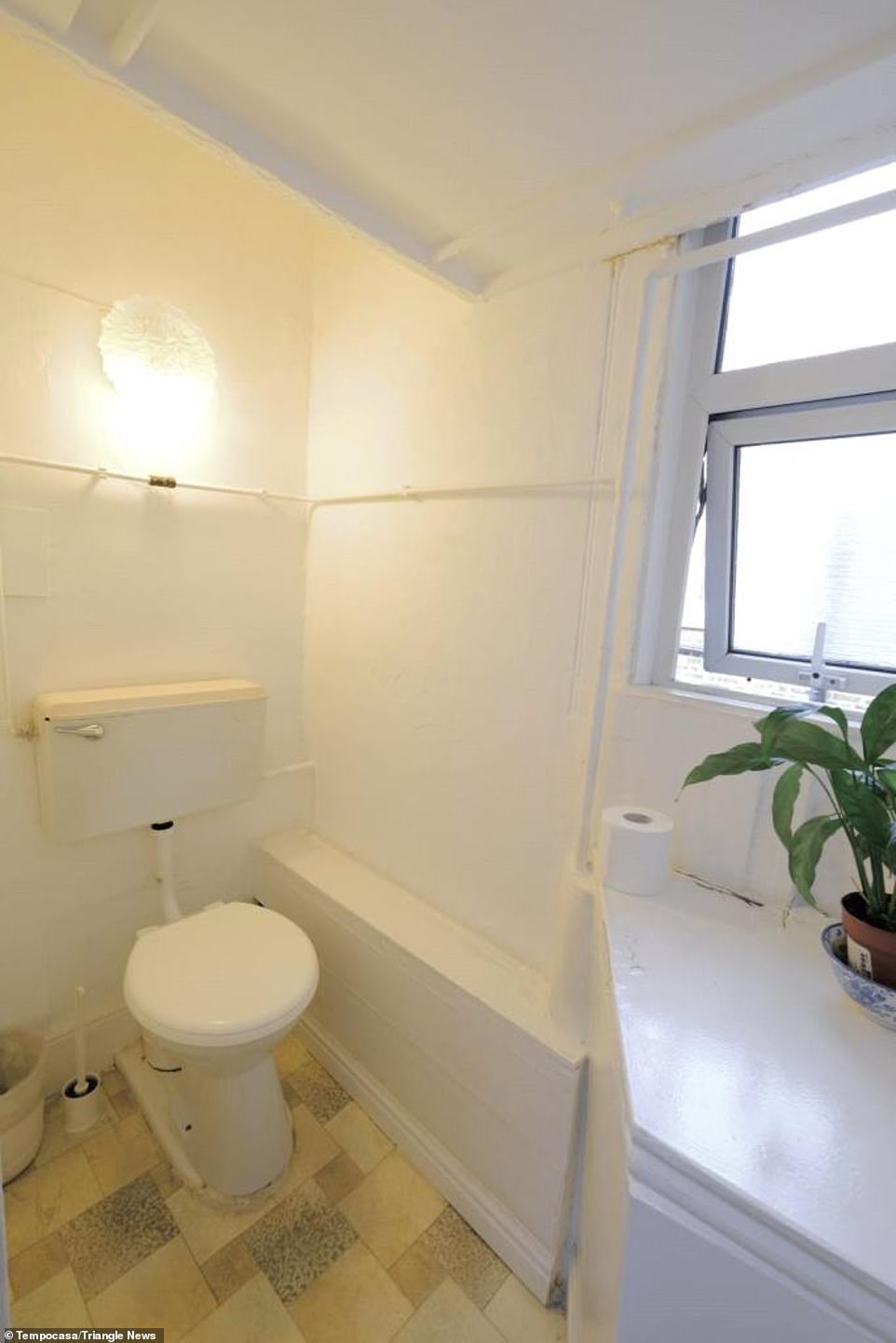 The agent’s listing said the bedsit had a separate toilet, pictured, not inside the cramped living space 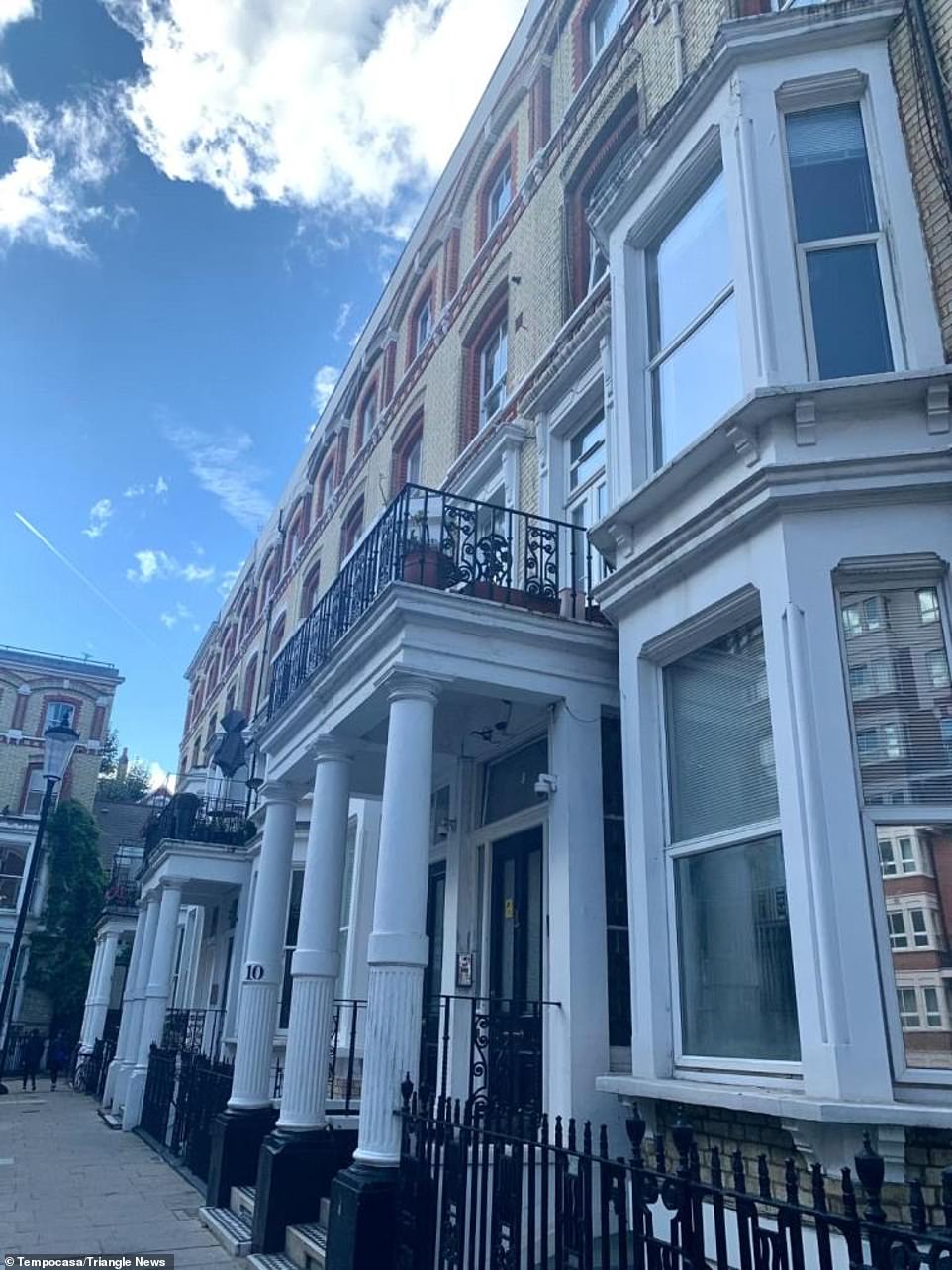 Social media users mocked the photographs of the tiny flat, complaining about the lack of space and the high cost

There is also a single bed and single desk, with extra storage fixed into the cornicing.

Tempocasa, who are advertising the property, called it a: ‘Bedsit with separate bathroom situated moments from High Street Kensington Station.’

The property is just off exclusive High Street Kensington and minutes from celebs’ houses including David Beckham, Elton John and Lewis Hamilton.

One viewer, Bethany Dawson, said: ‘If you’re still not convinced that the London rental situation is f****d, this room is £900 a month.’

Another, Daniel Reast, said: ‘I love to search for anything in my budget and find nothing but garages – that’s super reassuring.’