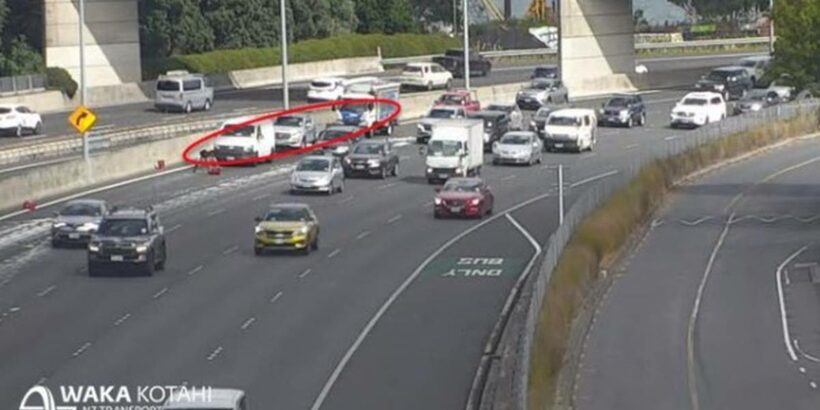 All lanes are reopened and traffic is beginning to ease after a motorway spill left vehicles slowing down to a crawl across Auckland Harbour Bridge for two hours this morning.

The New Zealand Transport Agency earlier warned citybound motorists heading over the bridge to expect delays until the spill is cleared.

Two of five motorway lanes south just after the bridge were blocked at 10.35am.

At 12.30pm all lanes were reopened southbound, though the transport agency advised motorists to allow extra time to travel as delays from Esmonde Rd started to ease.

Photos from the scene showed a white substance covering the right-hand lane just after the Shelly Beach Rd overbridge.

Live traffic maps showed all southbound lanes across the bridge down to a near standstill.

NZTA asked motorists to merge left with care to pass the site.

Meanwhile, a truck with engine problems resulted in a lane in the Waterview Tunnel being blocked for an hour this morning.

The breakdown occurred in the right-hand lane close to the tunnel’s northern exit.

It was cleared just before midday.