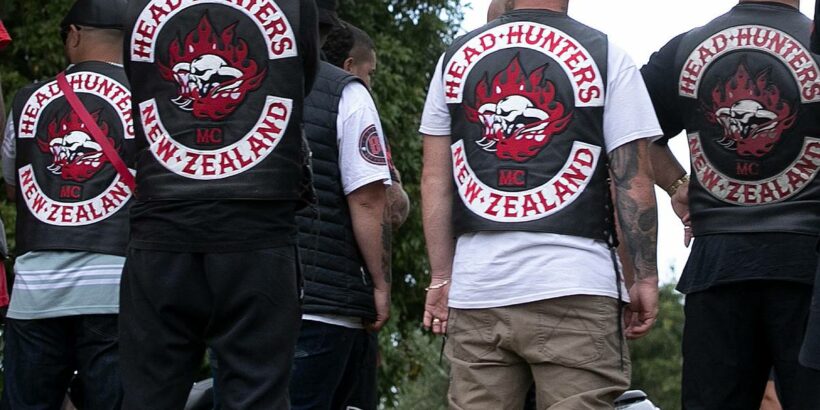 A mass funeral procession featuring a large number of patched gang members in Auckland tomorrow is to farewell a senior Head Hunter who died in police custody.

He had been due to stand trial for on serious drugs charges in relation to 3kg of methamphetamine on June 28.

Fuimaono was also charged with possession of methamphetamine on Saturday, the day before he died.

The Herald reported in 2011 that Fuimaono was a patched King Cobra gang member, but switched allegiance to the Head Hunters during Operation Royale.

He will be farewelled at funeral in Auckland tomorrow and police are warning Aucklanders can expect to see a large number of patched gang members during the funeral procession.

Inspector Jacqui Whittaker said they would be “actively monitoring” the funeral procession following previous reports of dangerous driving behaviour at other funerals.

The procession was expected to involve numerous gang members as well as family.

“A large number of riders are expected to take part, with the procession travelling across Auckland throughout the day.

“We are aware of previous incidents involving gang processions where dangerous driving behaviour has been exhibited by some of the riders, which has at times put those involved and the wider community at risk.

“Police will be actively monitoring this event to ensure the procession is carried out in a safe manner for all road users.”

Any unsafe or dangerous behaviour would be followed up, she said.

ACT Party justice spokeswoman Nicole McKee it should be gang members being put on notice about tomorrow’s funeral procession, not Auckland residents.

“New Zealanders should be able to go about their daily lives without fear and intimidation from gang members.

“Why on earth are law abiding members of the public being told to steer clear? How about arresting the gang members as soon as they break the law.

“It’s time to turn the tables. The gangs are the ones who should be on notice… not everyday Kiwis going about their daily lives.”

In November, hundreds of gang members in cars and on motorbikes farewelling a patched gang member who died in a crash caused havoc on Auckland roads.

Video footage showed scores of cars, some with people hanging out windows, and motorbikes streaming past an intersection on the North Shore.

The procession was to honour Tribesmen gang member Merc Papa-Hugh Lei-Tama Maumasi-Rihari who died in a collision while riding with other gang members on SH1 in Canterbury.

The police eagle chopper monitored the procession and police later made several driving-related arrests in connection with the event.