Jakarta: Cambodia's government has one last chance to reverse its slide from democracy into full-blown dictatorship, according to a United Nations-appointed expert.

In a bluntly worded message, the UN's special rapporteur on human rights in Cambodia, Rhona Smith, a British professor, said "no election can be genuine if the main opposition party is barred from taking part".

"Those who currently rule the country have one final opportunity to reverse the current trajectory, and return instead to the constitutional path of multi-party democracy and genuine elections – ensuring a level playing field for all political parties," she said.

Smith's comments come ahead of the July 29 national election and as Cambodia's National Election Committee began the two-week process of registering political parties for the poll.

But according to the Phnom Penh Post, Cambodia's strongman leader Hun Sen told a gathering of students on Monday there was no way the main opposition reprsentation, the Cambodia National Rescue Party, would be allowed to contest the election. 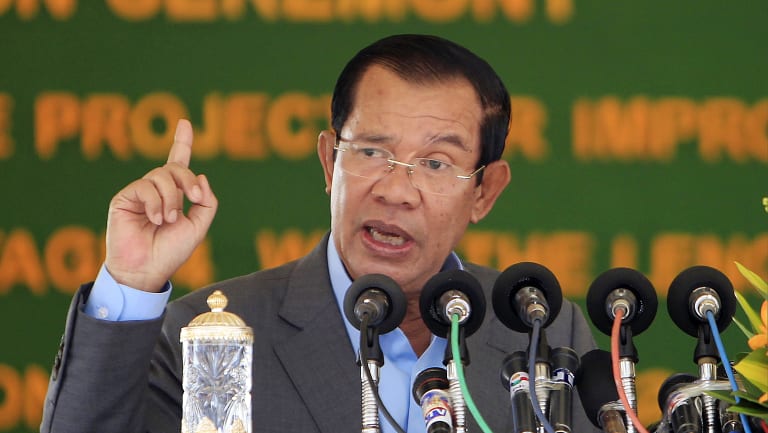 The CNRP was dissolved last November and 118 of its members were banned from politics for five years.

"That body is dead and was taken to be cremated and buried. We don’t know where the bones are, so there will be no resurrection," Hun Sen reportedly said.

The CNRP's leader, Kem Sokha, has been charged with treason and jailed and other leading figures such as Sam Rainsy and Mu Sochua are in exile.

Professor Smith said that a "liberal multi-party democracy is an essential, entrenched and non-amendable feature of the Constitution of Cambodia".

But Hun Sen, who has been in power for more than three decades and has said he plans to serve two more five-year terms, has insisted multiple parties will contest the vote and defended the election.

"The process of democracy in Cambodia will not be obstructed by any individual or any group because pluralistic democracy continues to be alive," he said.

The reality of the situation of the ground in Cambodia does not bear this out.

Aside from cracking down on the main opposition party, civil society groups, NGOs and some media outlets have come under pressure from the ruling Cambodian People's Party.

The opposition CNRP won 55 of 123 seats in the 2013 election. After it was dissolved last November, the party's seats were allocated to unelected members of other, government-aligned political parties.

Opposition MPs such as Rainsy and Sochua have been travelling the world, trying to rally international pressure on Cambodia – which is increasingly close to China – to reverse the slide towards outright dictatorship. 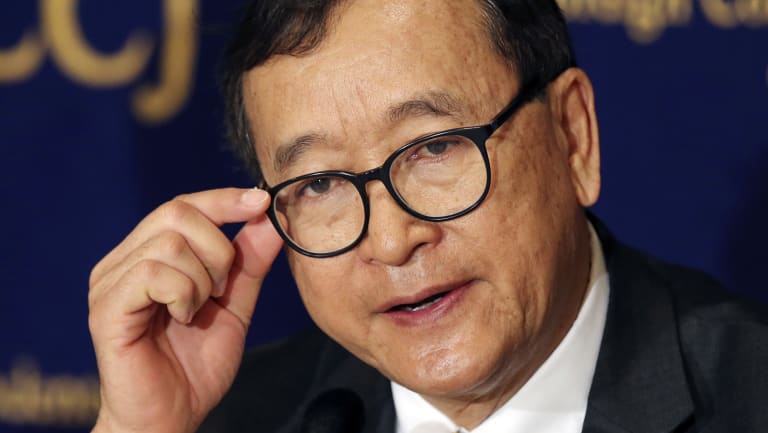 The pair were in Jakarta two weeks ago to meet with government and opposition figures and lobbied for Indonesia to speak out on the deteriorating situation in Cambodia. They have made similar trips to Australia, New Zealand, Canada and Europe in recent months.

Rainsy has urged Cambodians to boycott the election as a form of protest.