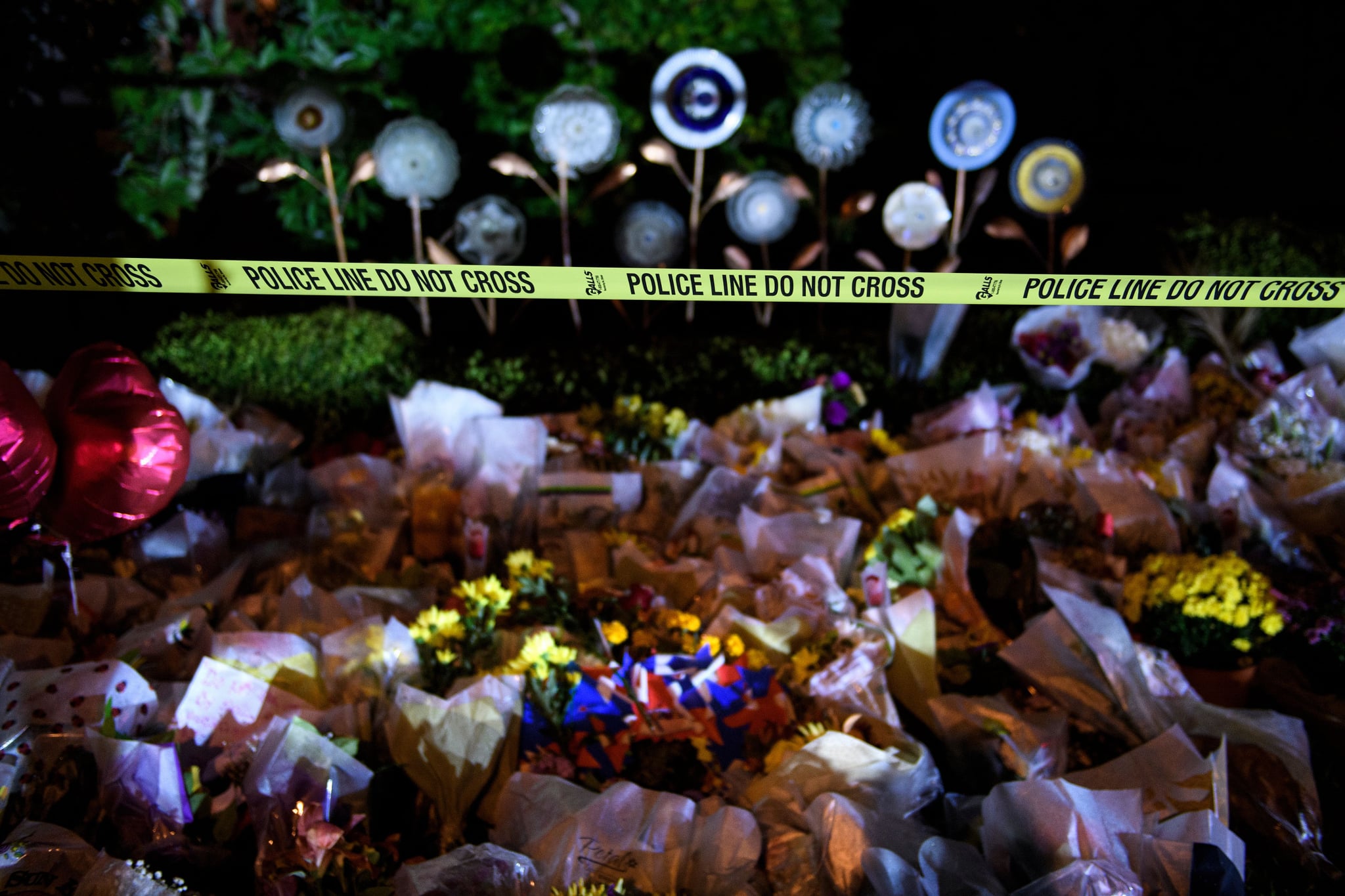 Alarming episodes of violence from the past week, from the mailing of suspicious packages to multiple Democratic leaders to Saturday’s tragic mass shooting at a Pittsburgh synagogue, have left the nation in a state of shock. And yet the past behaviors of both suspects — including alleged attempted bomber Cesar Sayoc Jr.’s record of online harassment, threats, and domestic violence and alleged shooter Robert Bowers’s history of violent anti-Semitic threats on social media — almost seemed to be if not predictors, then at least warning signs of their alleged crimes.

Online harassment of women, people of color, Jewish people, the LGBTQ+ community, and other marginalized groups is often closely connected to real-life violence and threats. So why is it still routinely downplayed as somehow divorced from action and consequence?

Before mailing packages that included explosive devices to the Clintons, the Obamas, former Vice President Joe Biden, Jewish Democratic donor George Soros, Sen. Cory Booker, New York Gov. Andrew Cuomo, CNN, and others, Sayoc’s social media channels told the story of an obsessive Trump supporter who frequently shared bigoted conspiracy theories and memes and routinely threatened and harassed others. Bowers repeatedly shared anti-Semitic conspiracy theories that blamed Jewish Democratic donors for the caravan of migrants, whom he identified as “invaders,” taking a page from President Trump. Bowers was a frequent user of the far-right social media outlet Gab.com, upon which he shared alarmist theories claiming Jews and “illegals” were coming to kill his “people.”

Rhetoric normalizing hate speech, and the casual glorification of violence by the president and other political leaders, has almost certainly contributed to a toxic ecosystem of intolerance and violence. Last week, the president praised a Republican congressman convicted of assault for body-slamming a reporter, while he spent most of the campaign trail offering to pay supporters’ legal fees if they attacked protesters and pining for the good old days when violence was more commonplace. And yet this is only one part of the problem; social media offers those who are radicalized by the president’s rhetoric and conspiracy theories a platform upon which to threaten and abuse others and spread their extremism. Irresponsible, insufficient content moderation practices and dismissing the harassment, threats, and bullying that women and marginalized people face on a daily basis on leading social media platforms have made the internet an increasingly toxic place for years.

According to a 2017 Pew survey, about half of Americans have reported experiencing online harassment, with women respondents twice as likely to report experiencing sexual harassment. A 2018 survey by the National Network to End Domestic Violence found that 50 percent of women respondents who reported being harassed online said they received direct, violent threats to them or people they knew. And in conjunction with online harassment and abuse, hate crimes — especially targeting Jews — have been on the rise since the 2016 campaign trail, the Anti-Defamation League reports. Between 2016 and 2017, anti-Semitic incidents in the US increased by 60 percent — the biggest spike since 1979. During this time period, the President of the United States defended the “very fine people” marching in Charlottesville, NC, and chanting, “Jews will not replace us.”

Rampant online harassment and abuse may not always lead to real-life violence and mass shootings but have lived consequences nonetheless, forcing unsaid numbers of people to self-censor or stop using these platforms just to protect themselves. Jewish journalist Julia Ioffe wrote about mass anti-Semitic harassment she received from Trump supporters and the alt-right after writing a profile about Melania Trump; then-candidate Trump declined to denounce these attacks. “The alt-right deluged me with anti-Semitic insults and imagery, culminating in clear death threats — such as an image of a Jew being shot execution-style or people ordering coffins in my name,” Ioffe wrote. “When Trump was asked to condemn these attacks by his supporters, he said, ‘I don’t have a message’ for them.”

As Teen Vogue writer Lauren Duca wrote in 2017, “Most of the men who email . . . death and rape threats don’t really mean it, but it only takes the one. Online aggressors trade in psychological terrorism, eliminating women’s voices with the mere possibility that they might actually end up lurking outside your door at night (or, at least, they let you know that they know your home address).”

For years, Twitter has been widely criticized for having rigid and insufficient standards to crack down on targeted abuse, which disproportionately affects women, people of color, LGBTQ+ people, and other marginalized communities. As many critics have noted, the form to report targeted abuse has too many and often too complicated questions for those who report it, which can discourage reporting altogether.

Social platforms often justify lax policies by citing “free speech,” leading to numerous documented cases of women and members of marginalized groups reporting stalking and hate speech without consequences. One woman had reported Sayoc for harassing her on Twitter, which proceeded to dismiss her reports just weeks before Sayoc began distributing the suspicious packages. (Twitter later apologized, calling this a “mistake.”) Yet an ecosystem of unchecked harassment that forces disproportionately targeted individuals to be silent rather than face stalking and harassment is not conducive to fostering free speech. Nor is an ecosystem in which political dissenters must live in fear of facing violence because of the president’s frequent incitements and attacks.

In the aftermath of targeted violence and attempts at violence by frequent online harassers, many recipients of online harassment may have legitimate fears about who among their harassers could be the next to strike. And this uncertainty will persist until content moderation policies on social platforms are sufficiently updated to ensure threats of violence and other abuses are taken seriously and the voices of the most vulnerable social media users are heard.