Washington:  The emotional debate over separating immigrant parents and their children at the United States' southern border is getting some strong comments from first ladies – past and present – who want the practice changed.

First lady Melania Trump "hates" to see families separated at the border and hopes "both sides of the aisle" can reform the nation's immigration laws, according to a statement from her office on Sunday about the controversy. Former first lady Laura Bush called the policy "cruel" and "immoral" and said "it breaks my heart." 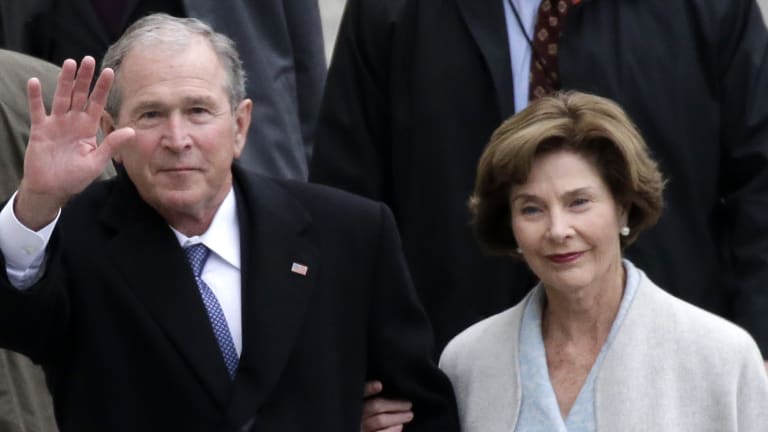 For both, it was an unusual entry into a fierce political debate.

A spokeswoman for the wife of President Donald Trump issued the statement after several days of images of crying children appearing on television and online.

"Mrs. Trump hates to see children separated from their families and hopes both sides of the aisle can finally come together to achieve successful immigration reform," said Stephanie Grisham, a spokeswoman. "She believes we need to be a country that follows all laws, but also a country that governs with heart." 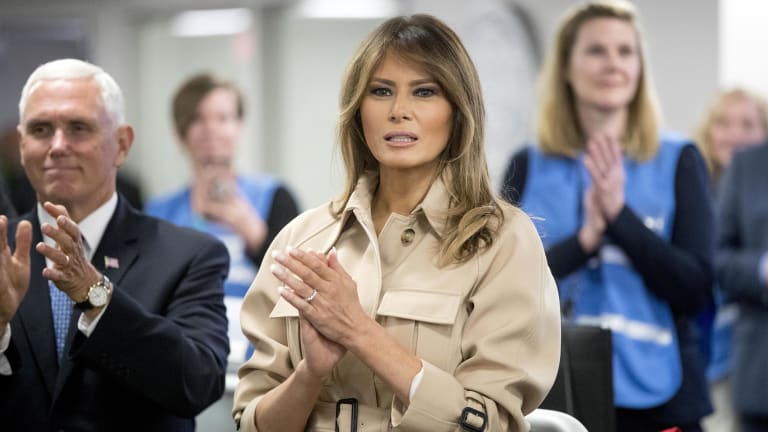 Melania Trump has urged “both sides” to govern “with heart” in response to questions on her husband’s policy of separating parents and children at the border.

While the statement suggested the matter was an issue for Congress, Democratic lawmakers and others have pointed out that no law mandates the separation of children and parents at the border. A new Trump administration policy, which went into effect in May, sought to maximise criminal prosecutions of people caught trying to enter the US illegally. More adults were being jailed as a result, which led to their children being separated from them.

Laura Bush was writing a guest column for The Washington Post on Sunday and compared the policy to the internment of Japanese Americans during World War II.

"I appreciate the need to enforce and protect our international boundaries, but this zero-tolerance policy is cruel," she wrote. She said the US government "should not be in the business of warehousing children in converted box stores or making plans to place them in tent cities in the desert outside of El Paso".

Trump said on Friday, "I hate the children being taken away," but he also falsely blamed Democrats for a law requiring it.

In an effort to rebut criticism of the administration, Homeland Security Secretary Kirstjen Nielsen on Sunday repeated in a tweet the department's view: "We do not have a policy of separating families at the border. Period." In a separate tweet, she accused the news media and others of misreporting the issue and called on those seeking asylum to do so at ports of entry rather than crossing illegally.

"This misreporting by Members, press & advocacy groups must stop. It is irresponsible and unproductive. As I have said many times before, if you are seeking asylum for your family, there is no reason to break the law and illegally cross between ports of entry," Nielsen wrote.