The lava inched toward Mike Hale’s property in a slow, unstoppable wave, consuming everything it touched. Suddenly the maths for the Hawaii resident was devastatingly simple: too many possessions, not enough time. 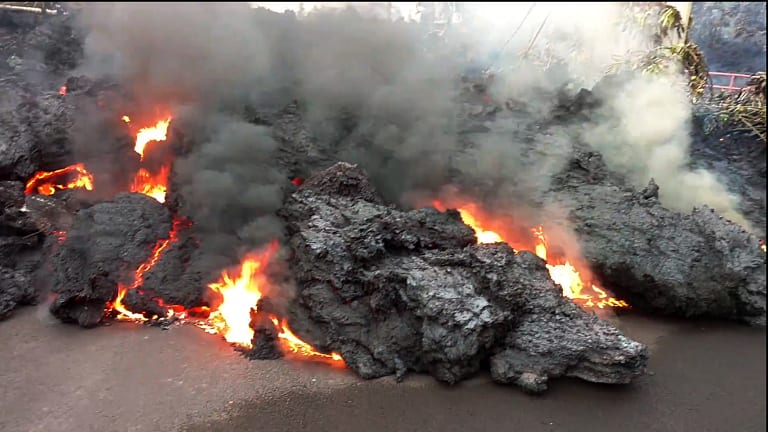 A lava flow advances down a road in the Leilani Estates subdivision near Pahoa on the island of Hawaii on Monday.

"Before the eruption, I had friends over, moving cars," he said. "We moved all but two cars, actually. [The Mustang] and a junk truck. The Mustang was one I was working on. It currently needed a jump."

Because it couldn’t simply be started and moved, the Mustang went to the bottom of the priority list, along with the truck. 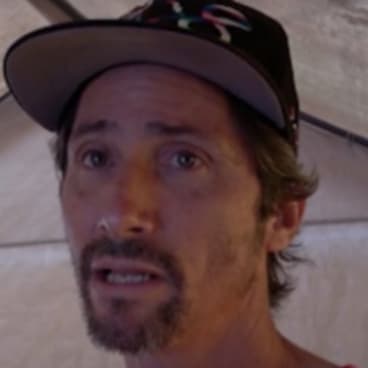 Michael Hale lost his home and his Mustang.

Hale said he forgot about the vehicles as his focus shifted to retrieving valuables from inside his house – and to the seismic activity outside it.

Before the eruption, there were six to 10 earthquakes every hour, Hale said. Three volcanic fissures had opened on Mohala Street, metres from his house. And he was also wary of the warnings about noxious gases that can be more dangerous than slow-moving lava.

It mirrored the larger devastation on Hawaii’s Big Island, as The Washington Post’s Amy B Wang wrote.

"The latest eruptions of Kilauea, the most active volcano on Hawaii’s Big Island, have rendered parts of a once-serene neighborhood on the island unrecognizable.

"On April 30, the floor of a crater on top of the volcano collapsed, sending its pool of lava back underground and causing small earthquakes. Scientists predicted the magma would travel elsewhere and push its way back to the surface somewhere in the East Rift Zone. They were correct.

"Days later, the ground split open on the east side of the island’s Leilani Estates neighborhood, exposing an angry red beneath the lush landscape. From the widening gash, molten rock burbled and splashed, then shot dozens of feet in the air.

"Officials called it 'active volcanic fountaining'. Some residents insisted it was Pele, the Hawaiian volcano goddess, coming to reclaim her land. Hundreds of residents were ordered to flee amid threats of fires and 'extremely high levels of dangerous' sulfur dioxide gas."

As Hale collected valuables, he tried keep track of the people risking their lives to help him, making sure no one was in danger.

The car, he said, "wasn’t on my mind. There was just too many other priorities. My mind was all about, 'What do I grab?' My mind goes blank. Everything looks like junk. Nothing of it do I need. But we’re there to grab things, and they’re asking what to grab, so I say, 'Just grab whatever looks valuable.' "

He was safe on another part of the island as his Mustang melted, its final moments captured by a videographer. All Hale saw was smoke rising from his community.

As the video of his melting car spread, he was setting up tents to serve as temporary storage for neighbours’ orphaned belongings.

And when he finally saw the video, his attention was not on the car at all.

Instead he fixated on his R2D2 mailbox. His daughter had made it for him a few Christmases ago.

"That had sentimental value," he said. "The Mustang, I do have other cars."

Still, the melting car was featured in a GoFundMe account someone had set up on his behalf.

"Raising money for Michael Hale who lost his home, the now-famous Ford Mustang and most possessions," the site said. "Great guy still working hard to help others despite losing almost everything."