Lea Michele gave her fans a gift while celebrating her husband’s birthday.

On Sunday, the “Glee” star shared the first image of son Ever’s face in an Instagram post where she wished husband Zandy Reich a happy birthday.

“Greatest man, father, husband and friend,” she wrote. “I wake up every day so thankful that you are ours Z. Happy Birthday! Ever and I love you so much.”

The accompanying photo features Reich holding baby Ever, 1, in both arms. Dad wears a breezy white shirt and black sunglasses, while flashing a bright smile. Ever sports a white sweater and beanie, while matching his dad in a pair of shades. 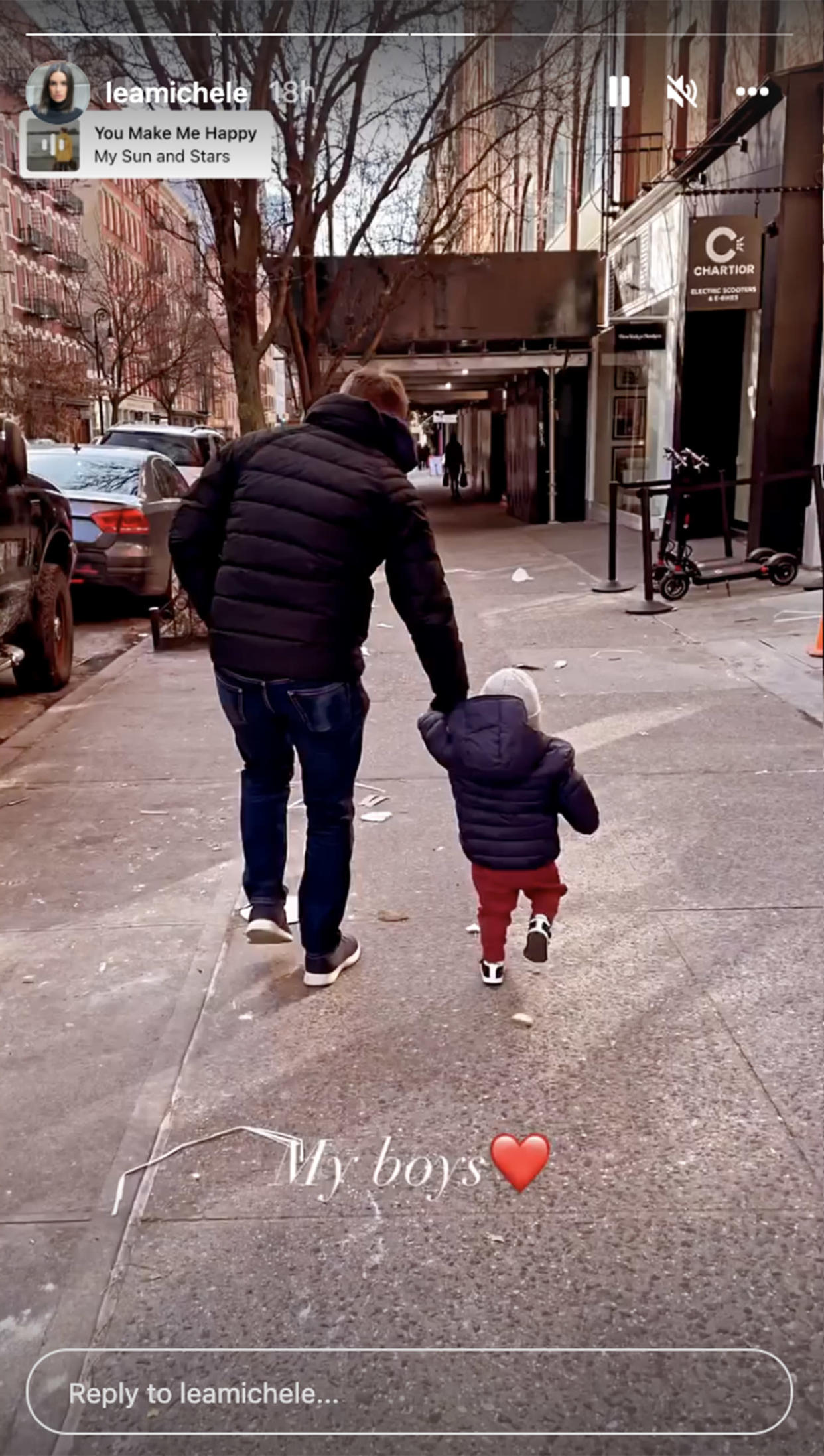 Michele and Reich met at a mutual friend’s wedding and went public with their relationship in 2017. They married in 2019 and announced in April 2020 that Michele was pregnant. The couple welcomed Ever later that year in August.

He has appeared in plenty of photos on his mother’s Instagram account, but his face has always been out of sight.

Michele has said that becoming a mother was transcendent for her.

“The moment that my son was handed to me was truly the greatest moment of my life,” she told E! News in November. “I’ve never been more thankful to God than in that moment.”