MUNICH, Germany (Reuters) – The new leader of Bavaria’s Christian Social Union (CSU) on Saturday promised an era of improved cooperation with Angela Merkel’s conservative party, with whom they share power at a federal level, in a bid to win back disillusioned voters. 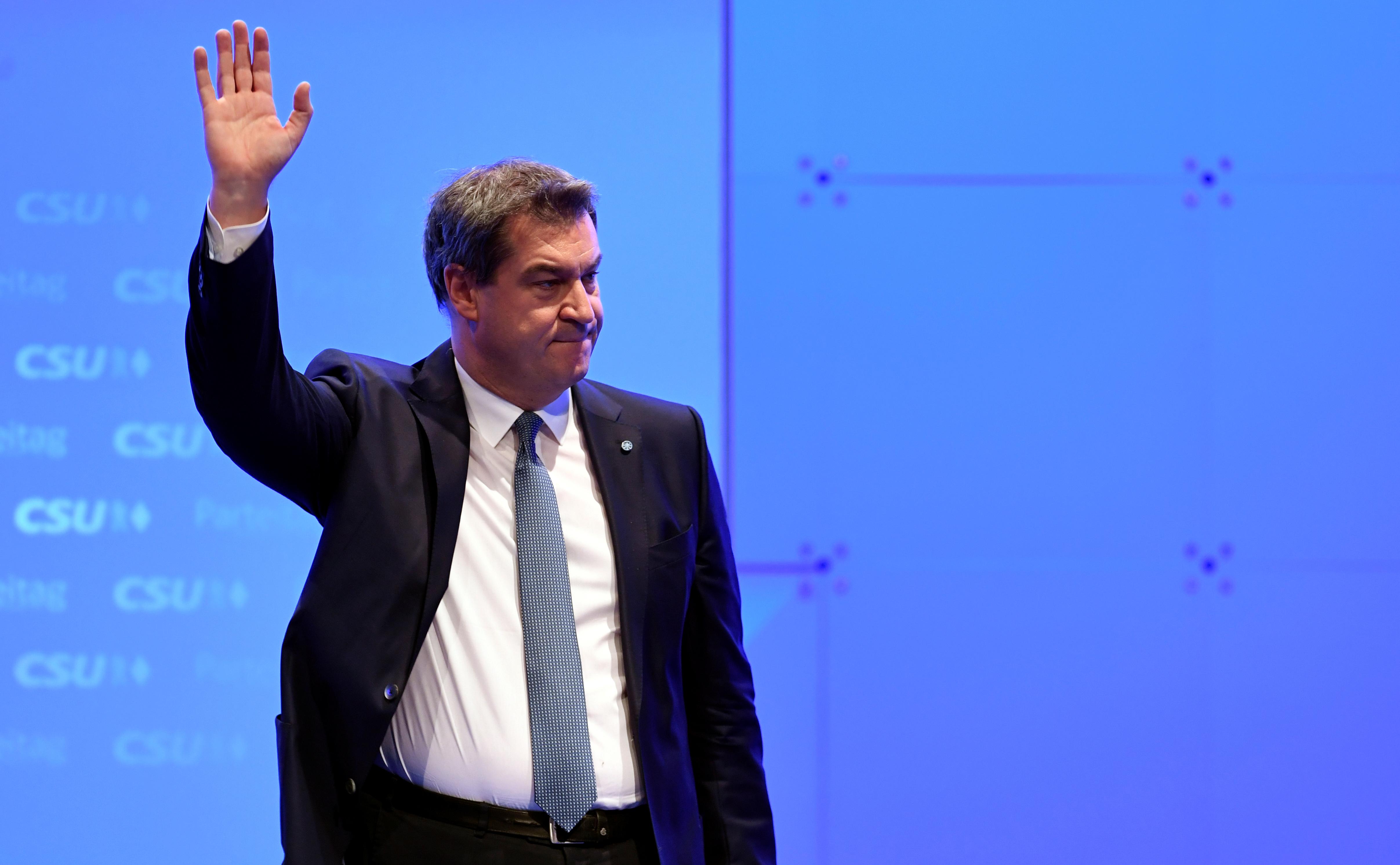 With European elections in May and four German state votes this year, both the CSU and Merkel’s Christian Democrats (CDU) want to draw a line under their bickering, especially on migrant policy, which nearly brought down the coalition last year.

As expected, CSU delegates elected Markus Soeder to replace Horst Seehofer as their leader with an 87.4 percent majority at a party conference. He was the sole candidate.

“The conservatives should work with each other again instead of against each other, we should emphasize what we agree on rather than what we disagree on,” Soeder, 52, told his party.

“It is time for a new show of strength from the CDU and CSU in Germany,” he said, to loud applause.

The two parties form a parliamentary bloc in the Bundestag lower house and share power in Chancellor Merkel’s coalition with the center-left Social Democrats (SPD), but polls show they have lost support since the 2017 federal election.

Soeder took over from Seehofer – for years a thorn in Merkel’s side – as premier of the powerful state of Bavaria last year but Seehofer remains federal interior minister.

Soeder has at times sought to woo right-wing voters from the Alternative for Germany (AfD) with tough rhetoric on migrant policy but he changed tack, attacking the AfD and striking a more centrist line, before a disastrous state vote in October.

Breaking the mould for a CSU leader in the mostly Catholic state, Soeder is a Protestant who drinks little alcohol. He is known for his extravagant costumes during the beer-fuelled carnival season which have included Shrek and Marilyn Monroe.

In the absence of the toxic relationship between Seehofer and Merkel – she relinquished her role as CDU party leader in December while remaining chancellor – the two parties could better cooperate, say commentators.

The CDU’s new leader, Annegret Kramp-Karrenbauer, has tried to build bridges. Areas of agreement include reducing some taxes and trying to find ways to help Germany’s car industry whose reputation has been hit by the diesel emissions cheating scandal.