Washington: The long road of a copyright suit over Led Zeppelin's 1971 megahit Stairway to Heaven came to an end on Monday, US time, when the Supreme Court announced that it had declined to hear the case.

The court's decision means that a ruling for Led Zeppelin in March by the 9th US Circuit Court of Appeals will stand. That ruling affirmed Led Zeppelin's victory at a trial in 2016 over a challenge led by a trustee representing Taurus, a 1968 song by the psychedelic band Spirit. 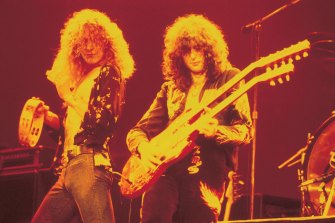 Taurus, written by Randy Wolfe — better known as Randy California, the nickname Jimi Hendrix gave him — has long drawn comparisons to the pastoral opening segment of Stairway to Heaven, a staple of rock radio that, by some estimates, has earned more than $US500 million ($700 million). The two songs share similar chord progressions and a bass line that descends along a chromatic scale.

When the case was filed in 2014, it may have seemed a run-of-the-mill copyright-infringement fight, if an especially high-profile one. But the case came to embody some of the most contested questions in music law, including exactly what is covered by the registration documents of old songs and whether copyright can be claimed over common chord progressions or short sequences of notes.

The case drew intense interest in the music industry, which had been reeling since a jury found in 2015 that Robin Thicke's hit Blurred Lines had copied Marvin Gaye's 1977 song Got to Give It Up. Even the Trump administration weighed in, with the US Justice Department filing a brief in support of Led Zeppelin. 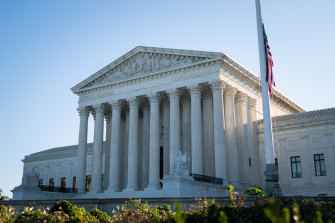 The US Supreme Court has declined to hear the copyright case, bringing the suit to an end.Credit:Bloomberg

The ruling by the 9th Circuit, in San Francisco, caught the attention of lawyers and other judges. The court said that when it came to works involving generic or commonplace elements, only a minimal, or "thin", level of copyright applied to them, and that to prevail, a plaintiff must show that another work is "virtually identical" to theirs. The decision effectively placed a hurdle in front of many plaintiffs in music-copyright cases.

The appellate judges also held that for musical compositions before 1978, when a new law took effect, only the material on the sheet music submitted to the Copyright Office (sometimes called a deposit copy) was legally protected. For songs like Taurus, where only a basic sketch had been submitted, it meant that many of the notes heard on a recording were not covered by copyright — and thus could not be infringed upon.

The circuit's ruling had an immediate effect and was widely seen as giving an advantage to defendants in music-copyright cases, which often include pop stars and the companies that release their music and typically control their copyrights.

Citing the appeals court's decision, a federal judge in March threw out a jury's $US2.8 million verdict against Katy Perry, who had been found to copy an eight-note melodic pattern from a Christian rap song. A New York judge also cited the Led Zeppelin decision in a case involving Ed Sheeran's song Thinking Out Loud, which was said to have copied another Gaye classic, Let's Get It On.

The Sheeran case is scheduled to go to trial next month. But last week, lawyers for the singer asked the judge for a delay because, they said, Sheeran and other witnesses, who are British citizens, may not enter the United States under coronavirus travel restrictions.