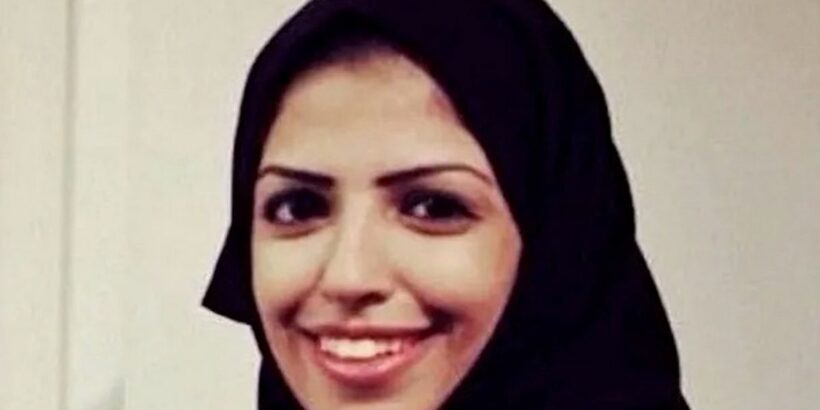 A student at Leeds University has been sentenced to 34 years in prison while visiting her native Saudi Arabia.

Salma al-Shehab had been travelling to the kingdom for a holiday but was pulled up by authorities for having a Twitter account on which she had followed and retweeted activists and people deemed to be seeking to destabilise the state.

Salma, 34, was sentenced by Saudi’s terrorist court but the mother-of-two initially received a three-year sentence for using an online site to “cause public unrest and destabilise civil and national security”.

She was called in for questioning before eventually being arrested and tried.

However, things soon got worse for the mum when an appeals court was convinced by a public prosecutor to dramatically increase the jail term.

If her sentence is served in full she would be 68 when she gets released.

According to translations of the court proceedings seen by theGuardian,she was charged with the extra ‘crime’ of “assisting those who seek to cause public unrest and destabilise civil and national security by following their Twitter accounts”.

There is still some hope remaining that she may still be able to appeal the decision.

Her sentence came just after US president Joe Biden visited the kingdom on a trip that, according to human rights activists, could have made crackdowns on pro-democracy activists more likely.

Salma isn’t believed to have been a particularly vocal activist – on her Instagram account which has 159 followers at the time of writing, she described herself as: “Dental Hygienist , Medical Educator , PhD student at Leeds Uni. Lecturer at PNU. Wife of @zmghasham , Adam and Noah's Mom !”

She has on occasion appeared to show support for Saudi activists living in exile, retweeting their posts. In one, she retweeted a call to release the previously imprisoned Loujain al-Hathlou, who is an advocate of women's right to drive cars.

Salma came to the UK to do her PhD at Leeds and has been described as well-read and unable to stand injustice.