Gordon Nardell QC was last week announced as the party’s new in-house legal counsel to help deal with the backlog of anti-Semitism cases – and will oversee the party’s disciplinary processes. 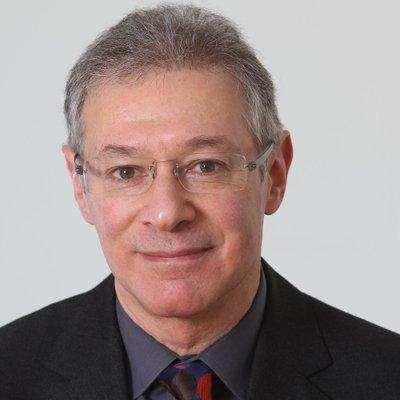 But critics claim his links to grassroots members accused of anti-Semitic comments undermines his independence, and it could be a conflict of interest if he rules on their cases.

It has been revealed that the former councillor and wannabe-MP has a long history of links to the hard left and is friends on Facebook with suspended members.

Labour figures have demanded that the new General Secretary, Jennie Fornby, think again about her decision to hire him in the role.

Jewish groups have demanded more progress on dealing with pockets of anti-Semitism in the party, and were left fuming after Jeremy Corbyn refused all of their demands. Labour has set an August deadline for resolving complaints relating to anti-Semitism. 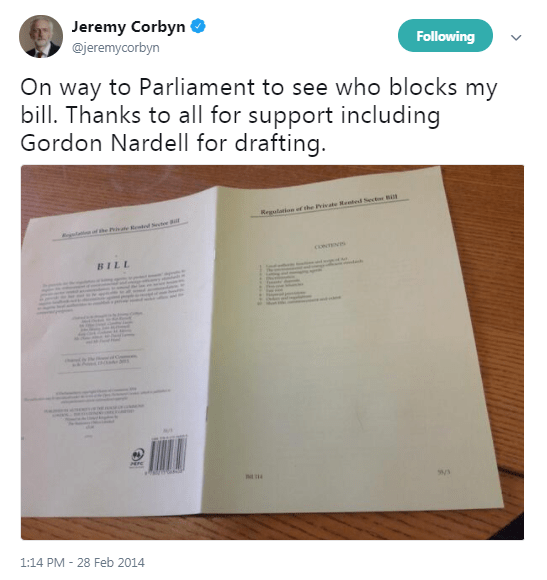 It was revealed that Mr Nardell: 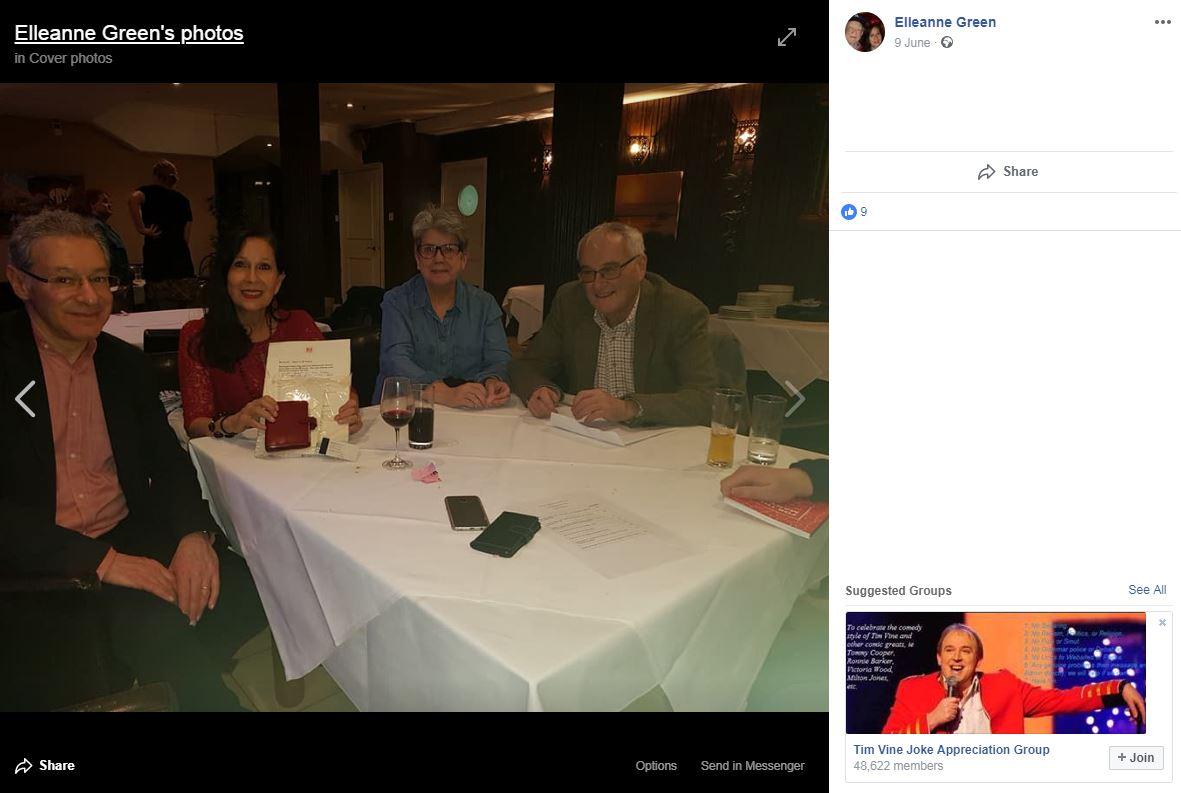 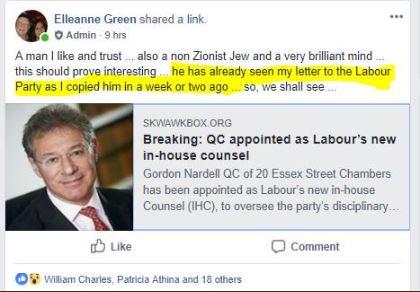 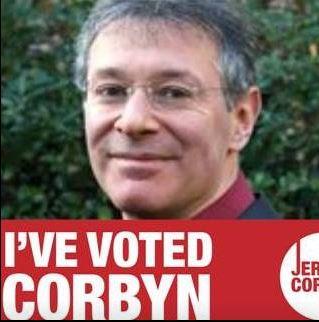 Mr Nardell is close to people at the top of the Labour Party – having worked on private bills for MPs including Jeremy Corbyn and John McDonnell.

He also worked on the Labour leader’s campaign and was supported in his bid to become an MP by the Shadow Chancellor.

The Jewish QC was described as a “man I can trust” by Elleanne Green in a now-deleted post, who was put under investigation last year for her links to an anti-Semitic Facebook group.

She has shared several photographs of them together online, but Mr Nardell could now have to help rule on her case.

Mr Nardell is also Facebook friends with other activists who have been suspended or kicked out of the party for alleged anti-Semitism, including Gerry Dowling and Tony Greenstein.

He was also on the editorial board of Labour Briefing alongside Jackie Walker in 2013 – and her case is still outstanding.

Labour sources said that the barrister, who specialises in international court disputes, had been added on Facebook by some people he had never met or did not know well due to his longstanding membership of the Labour Party.

In a letter written to a suspended activist Mr Downing, who was expelled from the party for saying 9/11 attackers should not be condemned, Mr Nardell wrote: “we are deeply concerned at the present climate in the Labour Party in which the expression of trenchant views about the behaviour of the Israeli State, and of western political support for that behaviour, are wrongly conflated with anti-Semitism.

“We have therefore adopted a cautious approach to the interpretation of your remarks.” 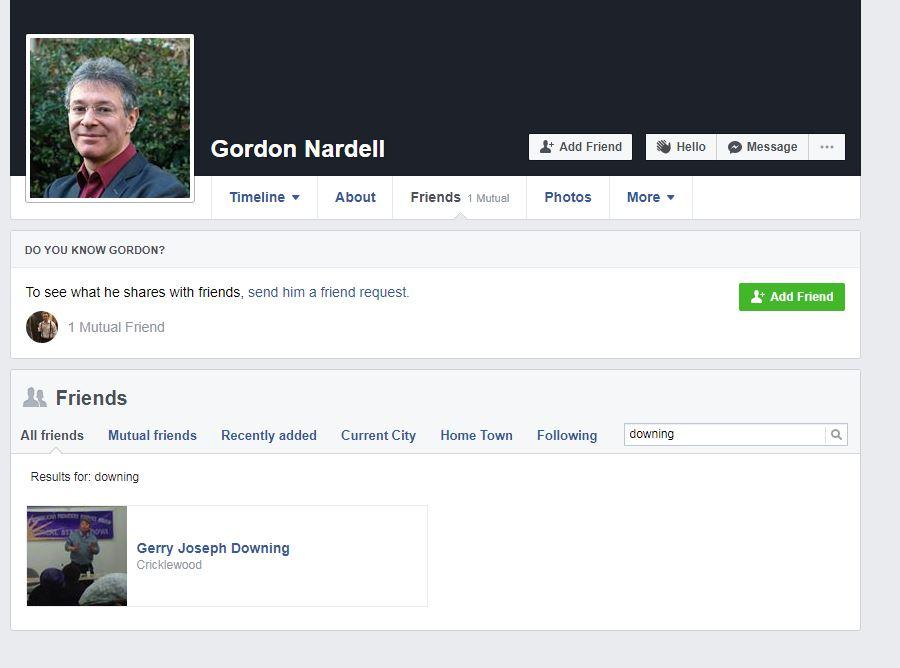 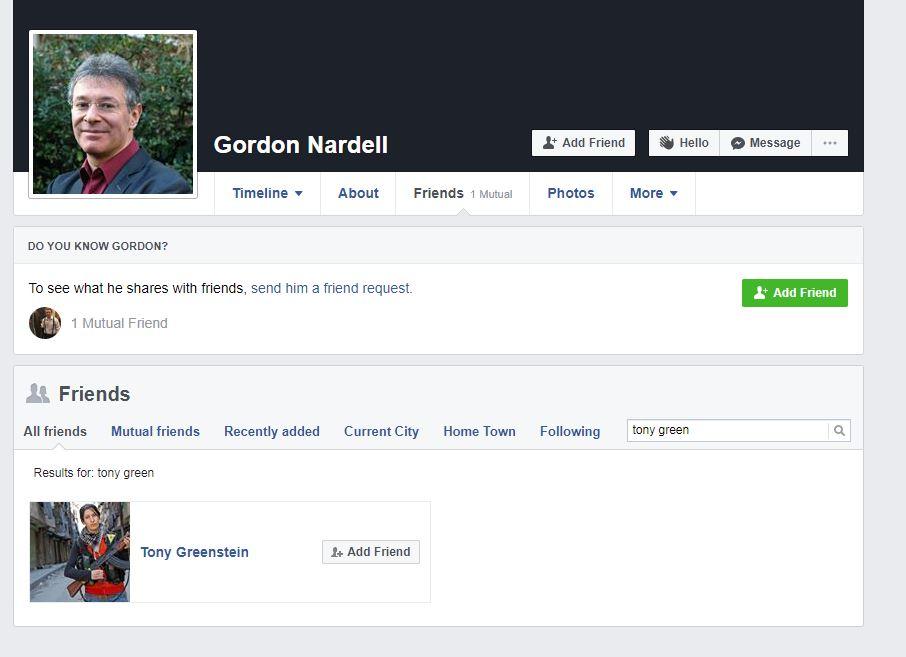 And he added: “It is unlikely to be possible to lay down a ‘clear and unambiguous legal definition’ of the term” anti-Semitism.

The Equalities Act 2010 doesn’t have a definition of anti-Semitism, but the UK Government formally adopted one at the end of 2016.

Mr Nardell was previously a member of the Labour Representation Committee – a hard-left group which reiterated their support for Ken Livingstone just weeks ago – and spoke out against the “witch hunt” over anti-Semitism they claimed was going on in the Labour party.

Labour Against Anti-Semitism have demanded the new General Secretary look again at the decision to hire him urgently.

Spokesperson Euan Philipps told The Sun his appointment was “extremely concerning” and it would be “very worrying” if he was asked to help rule on the cases of people he knew.

He said: “We have to question the impartiality of Mr Nardell given these links, and whether his appointment is appropriate given the scale of the antisemitism crisis in the Labour Party.”

Tory MP Michael Fabricant said: "This is yet more evidence, if any were needed, of the antisemitism that pervades the Labour Party.

“If a Labour lawyer doesn’t know the meaning of antisemitism, there isn’t much hope for them, is there.”

And Richard Angell, director of Progress – Labour’s centre-left movement – told The Sun: “Please do not tell me this is Jennie’s first big appointment and someone in whom she expects anyone to
have any faith deal with Labour’s antisemitism issues. What a joke!

“Enough is enough – Labour taking this issue seriously is long over due.” 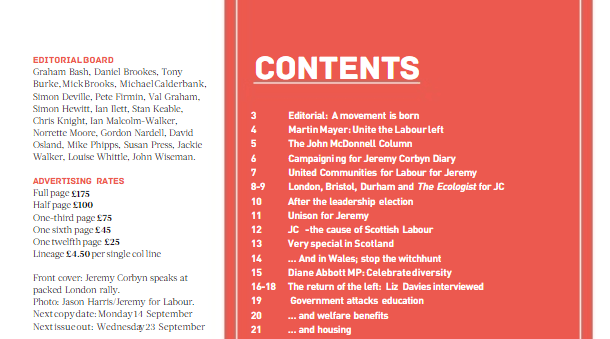 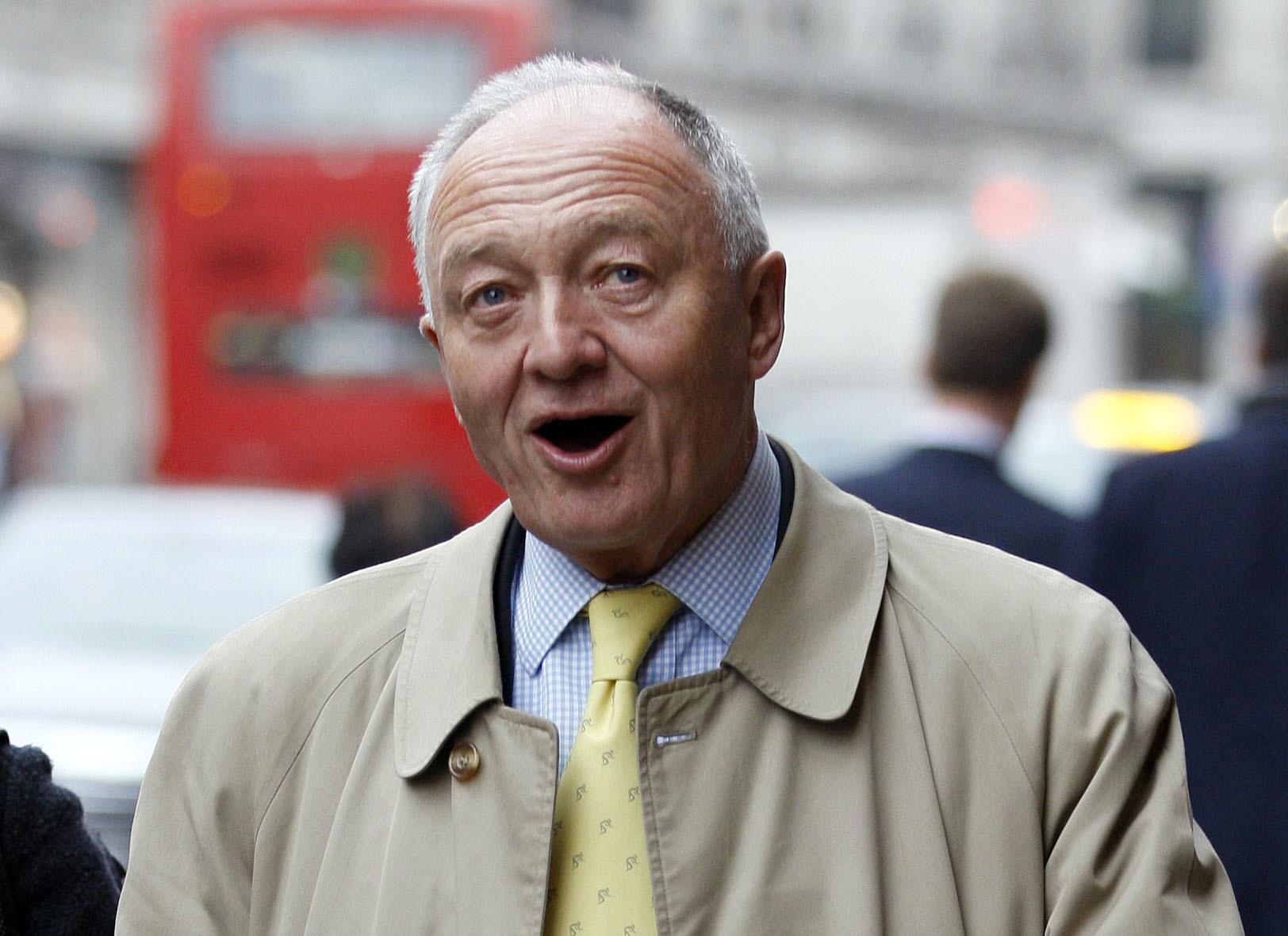 A Labour Friends of Israel spokesperson urged the party to throw out those who had made anti-Semitic remarks as soon as possible.

They added: “We are concerned that, given his apparent sympathies with Jeremy Corbyn’s world view, far-left associations and the endorsement he has received from those behind the appalling Palestine Live Facebook group, Mr Nardell may not be best placed to oversee the effort to rid the Labour party of anti-Semitism.”

A Labour source said: “Gordon Nardell is an eminent and highly respected QC. He will continue to be bound by his professional standards and obligations of the Bar Standards Board Code of Conduct.”

Earlier this year it was reported that the party were dealing with more than 70 cases – including on historic cases such as activist Jackie Walker, who once said that Jews financed the slave trade.

As part of the new General Secretary Jennie Formby’s attempts to get a grip on anti-Semitism allegations swirling around the party, she announced new legal advisers to help clear the cases.

Last month former London Mayor Ken Livingstone quit the party – after almost two years waiting for a decision to be made about his future.