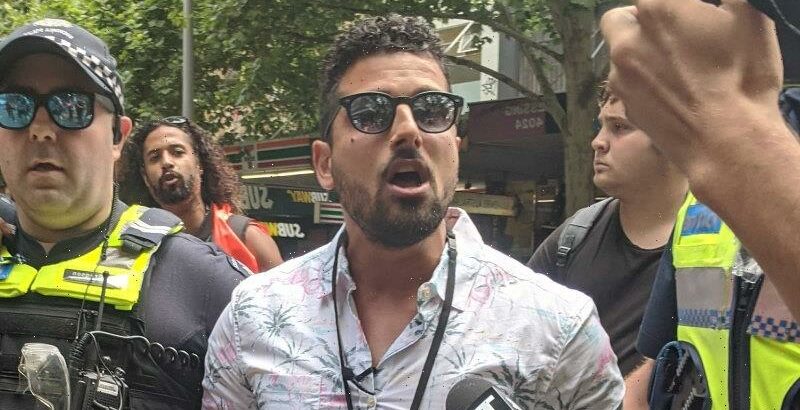 Since the Federal Court ruled Twitter must release information that could reveal the identity of the person behind the high-profile account @PRGuy17 to right-wing commentator Avi Yemini, much of the commentary has been about who said what.

But as both a cyberhate expert and someone who has been a predator trolling victim, this is a distracting sideshow. It misses the heart of the matter. 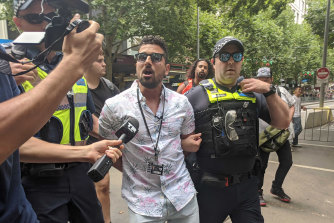 Avi Yemini, pictured at an Invasion Day rally in 2020, wants to find out who is behind the @PRGuy17 Twitter account so that he can pursue defamation against them.Credit:Rachael Dexter

Trolling covers a spectrum of behaviour, with mild pranks at one end and hate crimes at the other. And make no mistake, predator trolling – behaviours at the extreme end – use the internet to do real life harm. In New Zealand, the Christchurch killer murdered 51 people in March 2019. He was a predator troll on numerous levels. One tactic he skilfully and abhorrently employed is called “media f—ery” in the dark world of trolling.

The mass murderer co-opted the media for his own ends by laying out a manifesto as a kind of bait for journalists and members of the public who were searching for meaning in the crime. Many journalists swallowed this wholesale. The bottom feeders at the Daily Mail published the entire document and let readers download it. This served to promote this kind of violence and copycat crimes, bringing more people to white nationalism.

Why do I tell you all this now? Because we have to stop pretending that the offline world and online worlds are separate. The internet is not a virtual fairyland. Online harm is real life harm. And this is exactly why former NSW deputy premier John Barilaro sued Google recently and won. He was defamed online, with devastating consequences, by the “Friendlyjordies” channel and won $715,000 in damages. 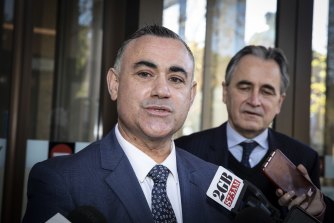 Former NSW Deputy Premier John Barilaro outside court after Google was ordered to pay him $715,000 in damages for defamation.Credit:Jessica Hromas

In reality, it’s bizarre to assume we’re all automatically guaranteed anonymity online, even if we harm others. This mythology – that the things we do online have no offline impact – is a fiction peddled by big tech because it suits their vast and boundless profit motives.

With a few important exceptions, there’s no good reason why we should be afforded the luxury of either anonymity or absolute freedom of speech.

Think about it. In everyday life, we do not have absolute freedom of speech (and nor should we). If you sexually harass me at work, threaten me with violence or racially vilify me, I can take the matter to court and seek legal remedy. Under the guise of open justice, the press can report on the hearings. Bye-bye anonymity.

These are the frameworks of civil society. Your freedom of speech ends where you harm me.

In 2015 high-profile lawyer Josh Bornstein was the target of a terrorist troll who is currently imprisoned in the US. With the personal knowledge of the harm online hate can do, Bornstein has also acted pro bono for cyberhate targets in Australia. He says the widely held assumption that individuals should be allowed to be anonymous online is “based on part fantasy, part myth, part big tech business strategy. Speech that harms has been regulated for centuries.

“Contrary to suggestions otherwise, [thinkers such as] JS Mill and Voltaire recognised the need to regulate harmful words.″⁣

“Conduct on social media should be regulated like conduct outside social media. If people are engaging in unlawful conduct online, that should be properly regulated, including where they are doing so anonymously.”

Therefore, whether or not you agree that Avi Yemini has been defamed by the person behind @PRGuy17 is irrelevant. Yemini still deserves the opportunity to seek redress in a court if he believes he’s been threatened or defamed.

Back in June 2018, when I was writing my book, Troll Hunting, I went to see a disappointingly idealistic speech by American internet pioneer Vint Cerf at the Australian National University in Canberra. However, Cerf did say one useful thing about the notion of anonymity.

Cerf explained to the audience that when you’re driving, your vehicle has a number plate. But you’re essentially anonymous unless you harm someone else. And then authorities can track you. He called this idea “traceability by design” and advocated it for the internet.

Before we go too far though, there are situations where anonymity is important. Some groups – for example, sexual assault survivors seeking support or those fleeing political persecution in their homelands – need to be protected online.

And currently, they are not. Don’t forget the United Nations implicated Facebook in the genocide of Rohingya Muslims from Myanmar. The harm done by social media giants doesn’t end there. Remember how Russian trolls used major social media platforms to help swing the 2016 US election in Donald Trump’s favour? They were the powerful vehicle used to damage democracy. And what about the Cambridge Analytica scandal? The data of 87 million Facebook users was used for nefarious purposes.

The platforms damage us every day in a multiplicity of ways. They are not the good guys. Social media companies are monolithic private businesses making billions of dollars from our data and they pay almost no corporate tax.

Bornstein agrees: “Big Tech monopolies are way too powerful. Politicians in the US and Europe are trying to catch up and introduce proper regulation. In the US, they are moving to break up the monopolies in recognition that they wield excessive power. The state must protect the right to regulate and control such corporations.”

So, if we’re concerned about the Federal Court demanding Twitter hand over personal information to Avi Yemeni, it brings us to a truly sticky question. Do we, as a society, want the giant social media companies being the arbiters and purse-string-holders of free speech and privacy when they prove continually that they don’t have the community’s best interests at heart?

Ginger Gorman is a journalist, cyberhate expert and author of Troll Hunting. She’s editor of the non-profit media platform BroadAgenda at the University of Canberra.