She said: “We found that these young people had depression symptoms as early as 10-years old and these depressive symptoms increased at a faster rate compared to heterosexual population.

“The reasons for this are unclear, we need to do more research in this area but one of the things we do know is that sexual minority young people and sexual minority people in general are more likely to experience a range of adverse stressful social and psychological experiences than the heterosexual population,” she added.

Madeleine Irish from King’s College London was the study’s first author and says there are numerous factors behind an increase in depression symptoms about the young LGBQ community.

She said: “As these differences emerge so early, we suspect that a sense of feeling different might affect mental health before children can even articulate that difference.

As they progress through adolescence, a range of stressors could be involved, such as discrimination, stigmatisation, feelings of loneliness, social isolation, shame or fear or rejection, including at home or at school.” 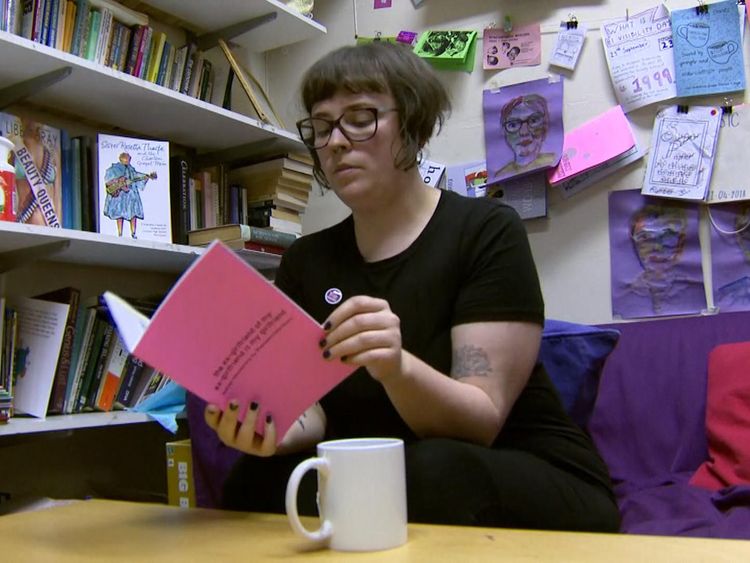 Hebe Phillips, 26, came out to her school friends as a lesbian when she was just aged 10.

She was bullied and told Sky News she felt isolated and refused to talk any further about her sexuality for another five years.

“It’s lonely, you often feel quite hopeless, and especially if you can’t talk to anyone about the reason you feel depressed it pushed it further down,” she said.

“And it means there were times I had self-harmed and I wasn’t sure what the future is going to look like for me, do I want to be there when that future is happening? It was a lot of uncertainty which led to feeling upset.”

Ms Phillips turned to The Proud Trust in Manchester for help – a youth charity which helps LGBT people suffering with mental health problems.

She now works for them as a youth worker, and says we can all do more to help the young LGBT community.

“I think you can try to listen to the young people in your life and be willing to learn, possibly some new things about them and possibly yourself, but I think it’s important young people are taken seriously if they’re coming to speak to you about their identity,” she said.

Ali Hanbury, the charity’s creative director, said: “I think a lot of young people don’t think they’re recognised, that they feel invisible or that people don’t understand them or if they do understand them think it’s negative or sinful or it’s an unpleasant or risky lifestyle to have and that’s simply isn’t true.”