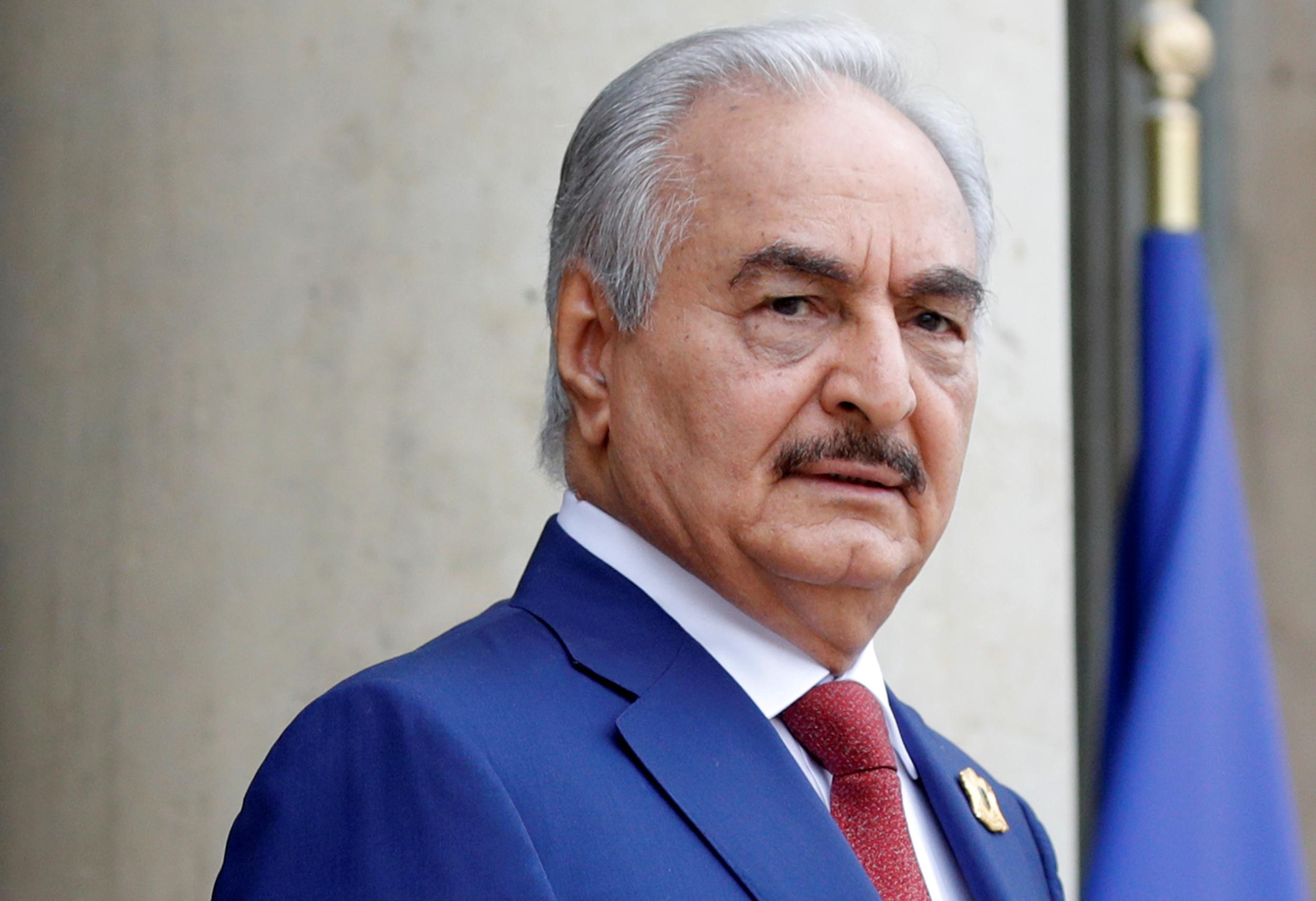 BENGHAZI (Reuters) – Eastern Libyan commander Khalifa Haftar has arrived in Italy for meetings with heads of state, but will not attend a conference on Libya hosted by Rome, his command said on Tuesday.

Italy organized the conference in Palermo, hoping it would resurrect U.N. efforts to stage elections in Libya. Haftar arrived in Palermo late on Monday but did not take part in the opening dinner.