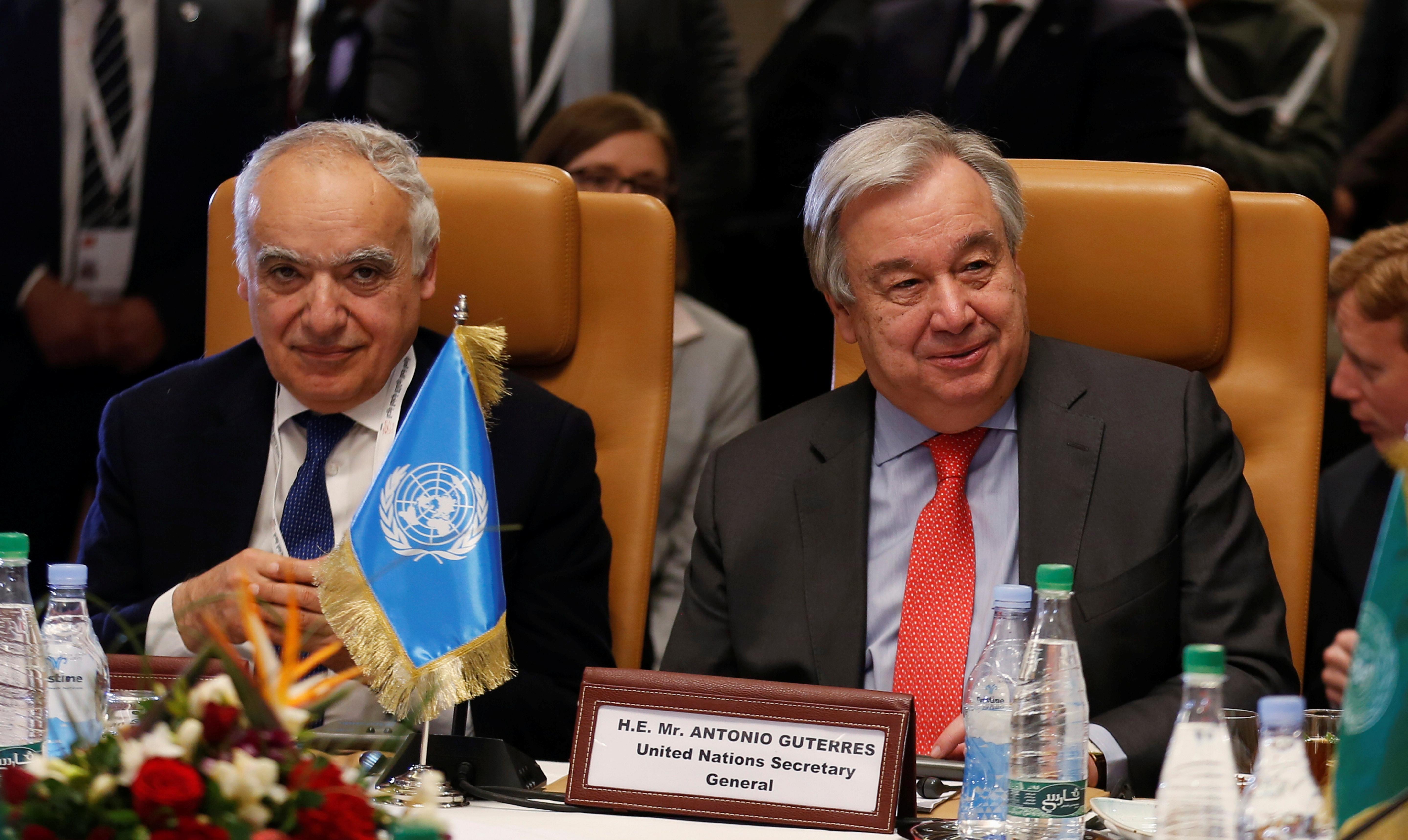 TUNIS (Reuters) – There are signs that Libya’s two rival leaders may for the first time solve a key dispute over control of the army, amid efforts to overcome the country’s eight-year-long conflict, U.N. Secretary General Antonio Guterres said on Saturday.

The United Nations has been trying to broker a power sharing agreement between Khalifa Haftar, a commander controlling eastern Libya allied to a parallel government, and the internationally-recognized Prime Minister Fayez al-Serraj, based in Tripoli.

One key obstacle has been whether Haftar can head a unified Libyan army under civilian command, which would form part of a new national government.

“We see signs that the contradictions that you have noted could possibly be overcome for the first time,” Guterres told reporters when asked whether the two leaders could reach an agreement on the question of civilian army command.

He spoke after a meeting with officials of the Arab League, European Union and African Union ahead of an Arab leaders’ summit in Tunis on Sunday.

The U.N. is holding a national conference in April in a bid to end the political conflict. The U.N. efforts aim to prepare the country for long-delayed national elections.