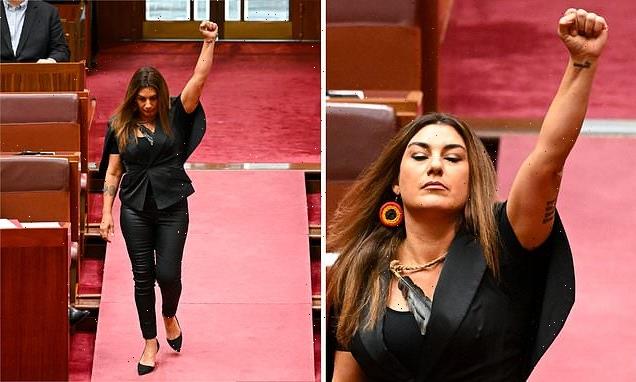 An Aboriginal activist yesterday called the Queen a ‘coloniser’ as she was sworn in as an Australian senator.

Dressed in black, 48-year-old Lidia Thorpe marched across the floor of the Senate in Canberra and mockingly recited her version of the oath of allegiance to Her Majesty.

With her right fist in the air in a Black Power salute, she recited: ‘I sovereign, Lidia Thorpe, do solemnly and sincerely swear that I will be faithful and I bear true allegiance to the colonising Her Majesty Queen Elizabeth II.’

As other senators voiced criticism, Labor’s Senate president Sue Lines told the Greens senator: ‘You are required to recite the oath as printed on the card. Please recite the oath.’

Miss Thorpe, who has Aboriginal and European ancestors, reluctantly repeated the oath as printed. Amid the commotion another senator was heard to say: ‘None of us like it.’

She was immediately condemned by other politicians and received widespread criticism from Australians.

One described her as an ‘Angela Davis wannabe’ – a reference to the US Black Power leader – and admonished for her ‘unthinking and infantile approach to closing the gap’ between caucasian and indigenous people. Social media critics described Miss Thorpe as an embarrassment.

But Miss Thorpe tweeted that indigenous people – who lived in Australia before the British arrived – never surrendered to colonialists. ‘Sovereignty never ceded,’ she wrote.

There is growing support for the nation to sever ties with the monarchy, particularly now that a new Labor prime minister, Anthony Albanese, believes the time is ripe for a move towards becoming a republic.

He has even appointed a minister of the republic, but a referendum would have to be held before anything could move forward. 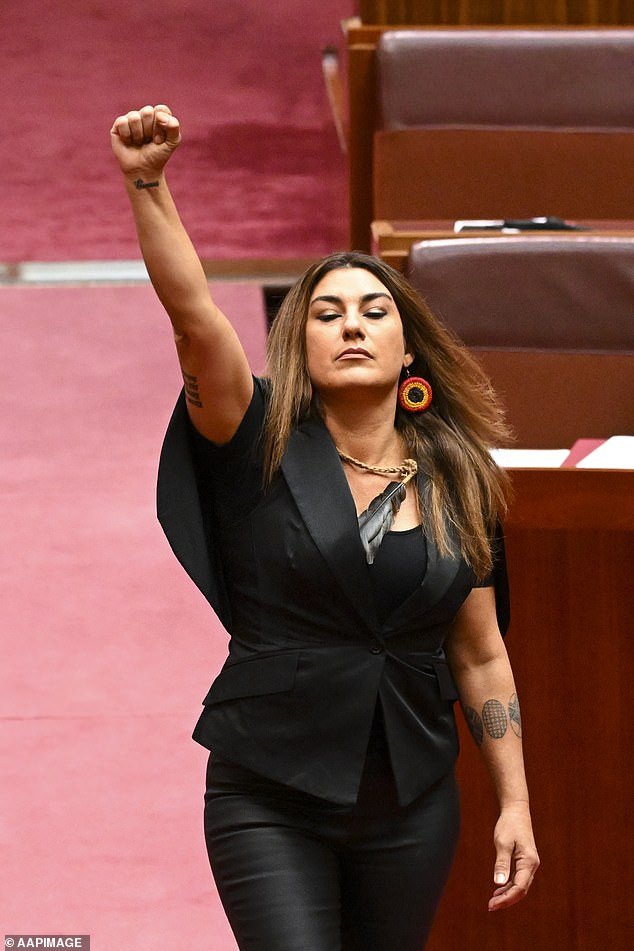 Her conduct received support from Greens Leader Adam Bandt, who tweeted: ‘Always was. Always will be.’

Australia was a British colony for more than 100 years, a period during which thousands of Aboriginal Australians were killed and communities were displaced wholesale.

The country gained de facto independence in 1901, but has never become a fully fledged republic.

In 1999, Australians narrowly voted against removing the queen, amid a row over whether her replacement would be chosen by members of parliament, not the public.

Polls show most Australians are in favour of being a republic, but there is little agreement on how a head of state should be chosen.

‘What an absolute idiot is Lidia Thorpe,’ wrote one.

‘A total embarrassment to parliament and those she claims she represents.’

Another commented: ‘Racist, anti-Australian, hate speech spewing trolls like you have no place in government and should be behind bars.’

‘How childish Lidia… Another look at me moment for you. Can you please tell me one good thing you’ve done for indigenous Australians?’ a third said. 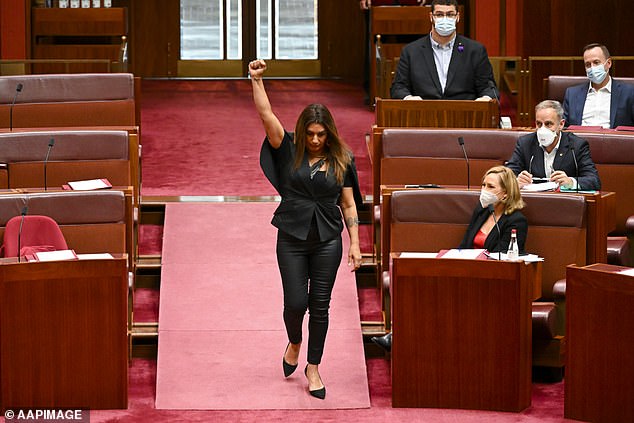 The Greens senator was forced to recite the oath of allegiance again after she marched into Federal Parliament and sarcastically recited it. Her conduct received support from party leader Adam Bandt

It comes as the Greens senator claimed that Australia’s parliament had no permission to exist – and that she was only a member so she could ‘infiltrate’ the institution, while still accepting the salary and benefits of a parliamentarian.

Ms Thorpe, who has both European and Aboriginal ancestors, said in June that her entry into the ‘colonial project’ of parliament was due to her aspirations to ‘renew the nation’ and be a voice and spokesperson for First Nations people.

The senator is part of a family succession of women who have had careers in Aboriginal activism: her grandmother Alma Thorpe established Victoria’s Aboriginal health service while her mother Marjorie Thorpe was part of the national inquiry into what became known as the stolen generations.

Appearing on Channel 10’s The Project, the senator said she also removed the Australian national flag during press conferences after Greens leader Adam Bandt was criticised for the same move.

‘The Australian flag does not represent me or my people,’ she told the panel.

Panellist Waleed Aly asked the senator if her argument could also apply to the Australian parliament, in which she serves. 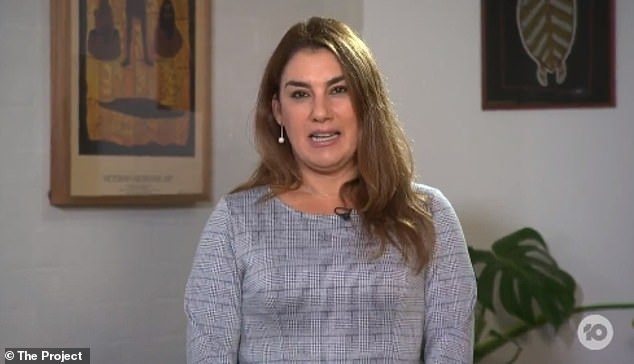 ‘However, we need voices like this to question the illegitimate occupation of the colonial system in this country.’

The panellist asked Senator Thorpe if she had given up her First Nations sovereignty by pledging allegiance to the Queen when she entered parliament.

The line of questioning enraged some viewers, who took to social media to brand him ‘offensive’ with others calling the interview a ‘train wreck’.

‘We have never ceded our sovereignty as First Nations people in this nation ever, ever, ever,’ senator Thorpe said of her dismissal of the national flag.

What exactly IS the ‘Voice to Parliament’ they want Australians to vote for? Aboriginal ABC editor calls for payments to First Nations people for past injustices – and she wants it to have real power

A senior ABC editor has called for the planned Indigenous Voice to Parliament to include ‘reparations’ and for the ‘transfer of power’ and ‘control’ to Aboriginal people.

Reparations involve making amends for a wrong that has been done, by providing payment or other assistance to those who have been wronged.

On Sunday, Prime Minister Anthony Albanese drew criticism from some quarters over the ill-defined and very broad powers of the Voice to Parliament would work – after announcing it will be the subject of a referendum over the next three years.

Among those was the Coalition spokesman for Indigenous Australians Julian Leeser, who said ‘we need to see more of the detail’ while broadly supporting the idea of  a race-based body that will have the power to instruct government over any policies that impact Aboriginal people.

Speaking on the Insiders program, the public broadcaster’s Indigenous Affairs editor Bridget Brennan filled in some of the blanks on what she thinks the Voice should mean. 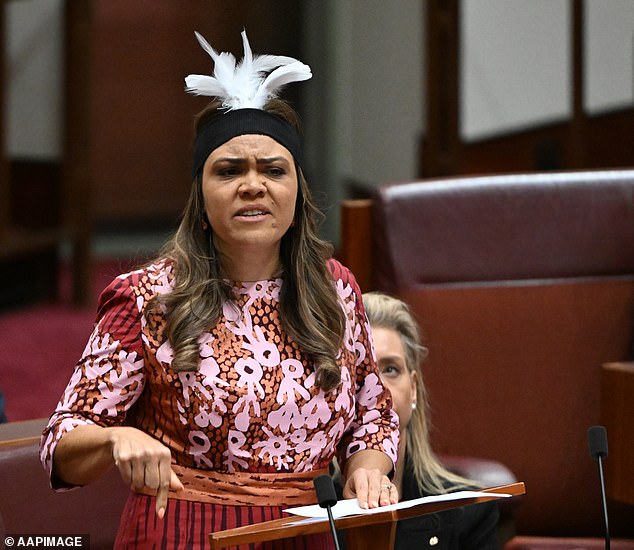 So far, all that is certain about the Voice to Parliament is what the referendum question will be.

The question likely to be put to the public is: ‘Do you support an alteration to the constitution that establishes an Aboriginal and Torres Strait Islander Voice?’

The Prime Minister is concerned that giving too much detail would mean people voting ‘no’ if they ‘disagree with one out of 50’ clauses put forward.

‘We’re not doing that, we’re learning from history,’ said Mr Albanese – referring to the failed 1999 referendum on Australia becoming a republic, which many voted down not because they were against it in principle but because there was conflict over how the head of state would be chosen.

Speaking at the Garma Festival in the Northern Territory on Sunday, Ms Brennan said a Voice to Parliament would not supersede the Federal Parliament.

‘The Parliament will have ultimate supremacy, of course,’ she said.

Reparations involve making amends for a wrong that has been done, by providing payment or other assistance to those who have been wronged.

They can also be the compensation for war damage paid by a defeated state.

‘But what sort of transfer of power does this mean for Indigenous people, because that needs to happen.’

Ms Brennan said the Prime Minister has a difficult task ahead of him, in convincing people across the country to vote Yes in the referendum.

‘(Mr Albanese) is going to have different messages to sell to people. But I actually think there is an appetite now to see some transformative change,’ she said.

Ms Brennan, who has Dja Dja Wurrung and Yorta Yorta heritage, emphasised that a Voice to Parliament needs to be strong and powerful.

‘It needs to be a building, it needs to be an institution that has much more than a voice. It has (to have) some control and some autonomy,’ she said. 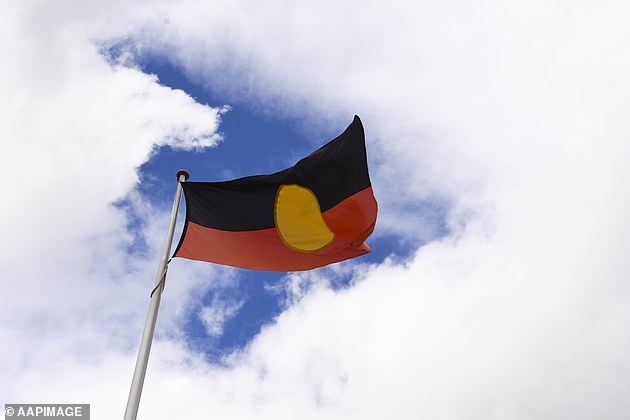 The Aboriginal flag is seen in Canberra. A referendum on an Indigenous Voice to Parliament is expected to be held next year. 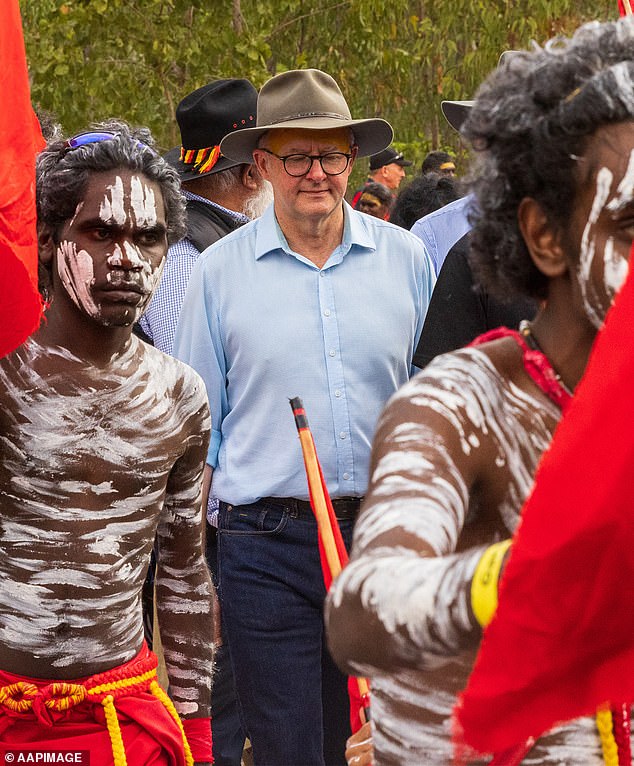 However there was concern that leaving the parameters of the Voice undefined risked making it too powerful.

Janet Albrechtsen, a columnist with The Australian, said the wording of the constitutional change establishing the Voice must include the right of parliament to abolish it.

Should the Australian Constitution be amended to include an Indigenous Voice to Parliament?

Should the Australian Constitution be amended to include an Indigenous Voice to Parliament?

‘The only safe way to ensure this novel indigenous body does not become a governance disaster of unholy scale is to give parliament the ultimate control to abolish it,’ she wrote.

She also argued that the wording in the Constitution establishing the Voice must restrict the role of the Voice to making representations to parliament and to MPs, and not – as the proposed wording says – to being able to lobby ‘executive government’ over the fine detail of policies.

‘Extending the reach of this body to everything done by executive government means it could permanently second-guess everything that passed across the desk of ministers or public servants,’ Ms Albrechtsen wrote. ‘This extension is an act of massive overreach that will radically change our system of government.’ 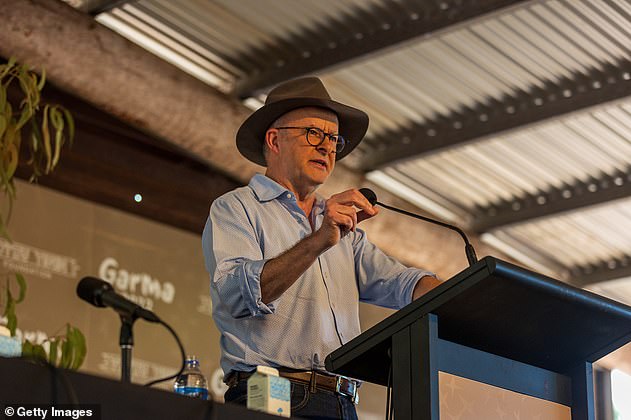 Anthony Albanese is pictured speaking at the Garma Festival in the Northern Territory on July 30, 2022

However Ms Brennan said it was important the Voice ‘has much more than just an advisory role’.

Speaking on the same panel as Ms Brennan, ABC’s Q&A program host Stan Grant said there are many questions yet to be answered about the referendum.

‘(Without knowing) how much of the detail will come before the referendum, what the Opposition does is critical,’ he said.

‘We know the bar is set very high with passing a referendum.’

Linda Burney, the Minister for Indigenous Australians, is set to partly answer that in this Monday’s edition of Q&A (ABC, 9.36pm), which has already been recorded at the Garma Festival.

‘There will be a lot of information out to the community about what people are voting on. It would be nuts for that not to happen,’ she will say.

Some of the criticism of the process of getting a Voice to Parliament has come from within the Indigenous community.

Writing on Facebook Sunday, Country Liberal Party Senator Jacinta Price, a Warlpiri-Celtic woman, said ‘the voice is being (led) by members of the Indigenous elite who’ve spent their lives on the backs of the most marginalised and changed nothing for them…

‘The Voice to Parliament is a gravy train attempting to ingrain itself into the constitution so despite its failures and lack of accountability can never be dismantled.’

Daily Mail Australia has contacted the ABC seeking comment on whether or not it supports Ms Brennan’s comments on the Voice to Parliament.