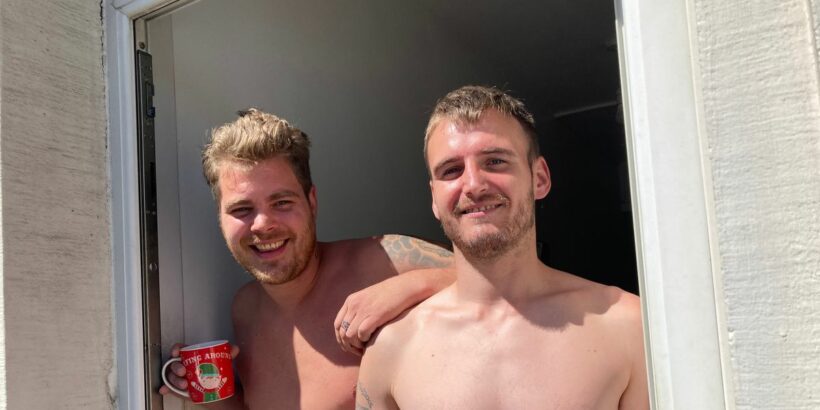 Residents in a Huddersfield suburb say it’s a great place to live – as long as you can deal with the sex workers and the rats.

Matthew, 27, a bricklayer, says that only last week he had a major fright when one rat almost shot up his trouser leg as he was sitting on the steps in the back garden of their rented property on Carlton Street.

Matthew admits to letting out a scream as the rat touched his leg. He had a vision of it crawling up his leg.

"It wasn't nice. I was sitting on the back step when the rat jumped up, did a back flip and went back the way it came. It caught the back of my leg. I jumped up and screamed."

He may be able to joke about it now, he told Yorkshire Live. but he wasn't laughing at the time.

He says there is a "rat path" at the bottom of the garden and he thinks the rodents might be living in house cellars.

Some of the gardens on the street are untidy and the grass is long and uncut.

One young man, who lives just off Alder Street, spots sex workers "almost every day" in a hidden alley near his house.

He didn't want to be named but said: "They approach me in my car and ask if I want any business. Mostly they are around from 11pm.

"They visit the 24-hour shop for cigs and booze and then go to Alder Street, passing our house. You can hear them arguing and shouting."

He added: "I once saw a prostitute doing business in my gran's garden. It was quite a few years ago now.”

Locals Matthew and David say their street "comes alive" on a Friday and can be noisy all weekend with people shouting and cars screeching.

However, they added, they don't mind too much and they haven't yet seen any evidence of the sex workers that other residents have been complaining about.

One woman who has lived in Fartown all her life said that the number of sex workers had dwindled since the Covid pandemic.

She added: "We keep ourselves to ourselves. It is kind of divided – we don't really talk to anyone in the terraces."