The frustration of asylum seekers suspended between states is laid bare in a new documentary, Limboland. 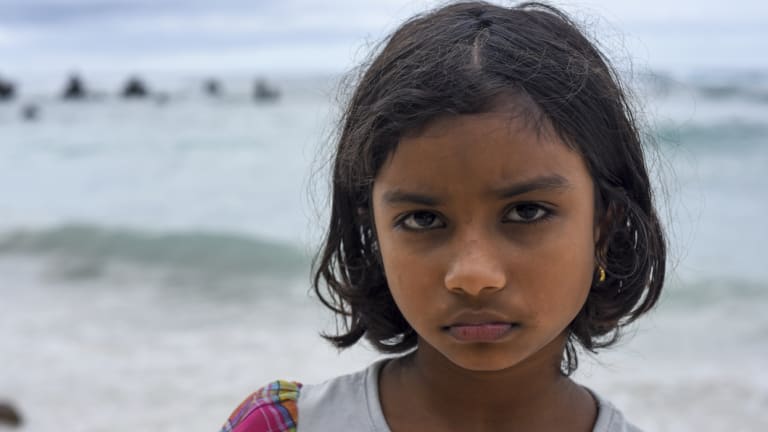 Sri Lankan refugee Sakinthana, 8, at the beach on Nauru.Credit:Lachland Hinton

His wife talks of weighing up the murder of their children, as death may represent their only hope for escaping the island.

An eight-year-old Sri Lankan girl who has spent more than half her life in detention gives a defiant account of self-harm.

“Yesterday I cut my hand,” she said.

"One day I kill myself, you wait and see – when I find a knife. 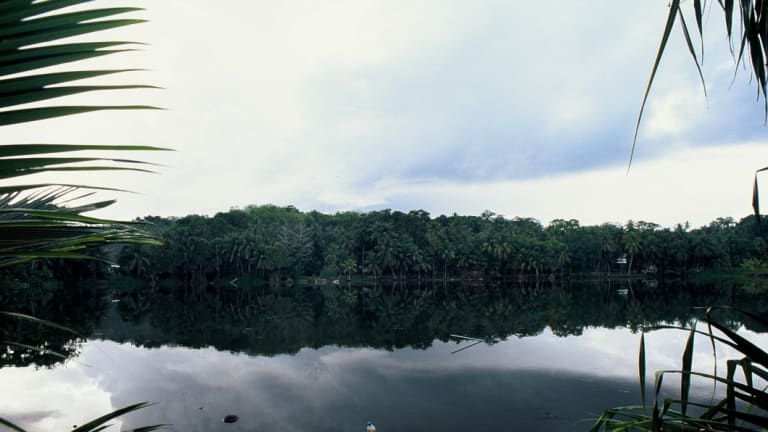 Hinton says “there’s no way that she was putting that on”, even if there is an incentive for refugees to be diagnosed with a mental illness.

“Most of the people there who had self harmed or been abused were still there,” he said.

“It’s not exactly a golden ticket out.”

The Sydney-based artist followed the refugee trail from Turkey to Western Europe in 2016 and painted portraits in North Korea in 2014.

Frustrated by a lack of reporting on conditions from Nauru, he visited the island to gain a better understanding of Australia’s handling of refugees.

“Limboland debunks a lot of the political commentary about Nauru.

“It flies in the face of a lot of stuff they’ve said.”

Acknowledging the Federal Government has responded to criticism of the situation by removing many refugee children from the tiny country, Limboland explores the nation’s uneasy relationship with Australian borders.

Nauruan former chief secretary and justice minister Mathiew Batsiua said the country will be financially devastated if funding attached to Australian offshore processing is cut off.

“They’ve painted themselves into a corner,” he said.

“They’ve converted this sector into the mainstay income. And so they’ll be shooting themselves in the foot, more or less, if they try to bring a resolution, a speedy resolution.”

Hinton said his work offers a rare opportunity for people to experience the reality of offshore processing.

“I think if people want to see what Nauru is really like for refugees and asylum seekers they should watch the documentary,” he said.

“The story should be told.”