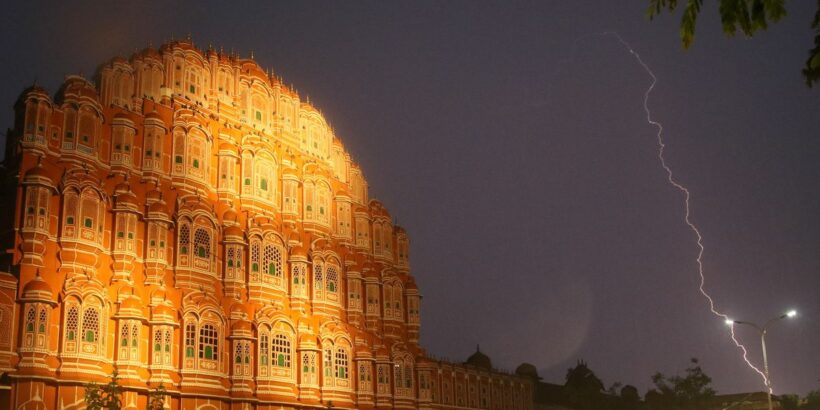 People taking selfies were amongst 11 killed after being struck by lightning during a freak strike in the Indian city of Jaipur.

Crowds had flocked to 12th-century Amber Fort for picturesque views across the city – but it quickly turned to tragedy as lightning bolts savaged the tourist hotspot.

"Some of the injured were left unconscious by the strikes," Senior Jaipur police officer Saurabh Tiwari said.

"Others ran out in panic and extreme pain.

"It was already raining when the people were there. They huddled in the towers as the rainfall intensified."

A further nine died and 20 others were injured after being hit in separate storms as the Rajasthan state was lashed with deadly weather, the Daily Mail reports.

Most of those who died were farmworkers in fields.

It brings the grim total to 38 people killed by lightning in India in the last week.

State governments have given financial compensation to the families of the dead and injured.

The office of Prime Minister Narendra Modi tweeted: "The Prime Minister was briefed about the loss of lives and damages due to lightning in parts of Uttar Pradesh.

The strikes are common in India’s monsoon season and almost 3,000 died after being blitzed by lightning in 2019.

And in March this year, four gardeners were gathered under a tree during a storm in Manesar when they were blasted by lightning.

CCTV footage shows a sudden flash and three of the men instantly collapsing.

Weather boffins have warned that more extreme storms are due in the next few days.